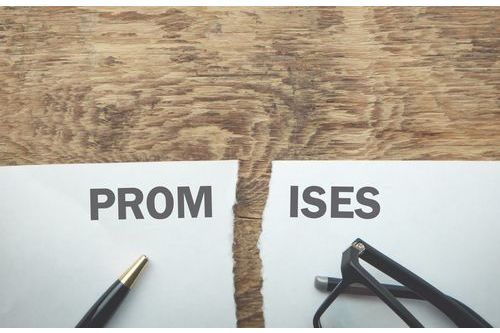 Most investment advisors recommend bonds as people age. Traditionally, rebalancing into bonds has been considered a safe and conservative portfolio allocation.

To understand this, consider this example.

Imagine you bought a bond last year for $100,000. The interest rate was 3%. Interest rates have risen, and now investors can get 5%. Why would someone buy your bond, which pays 3% when 5% is available? To sell your bond, you must sell at a discount. Imagine your bond was paying 5%, and now rates were at 3%. Investors would pay more for your bond to get a higher rate of return. Investors will pay more for a higher rate and less for a lower rate.

In 1788, the colonists ratified the U.S. Constitution, and the colonists struggled to build the country. Faith to repay their debt obligations wasn't great in the brand-new U.S. Government. Fast forward to today, the U.S. is the largest economy in the world and the international reserve currency. There is less confidence in the U.S. Government to repay the bond now than at any other time since the nation's infancy. How does that make sense? There was more faith in the U.S. Government to repay bonds during the Civil War than today. Let that sink in for a second.

It is not only U.S. Treasuries breaking the paper promises of fancy degree investment advisors. The bond LQD is down 13% on the year. LQD is a basket of quality corporate bonds. It is supposed to be the second safest place to put money next to U.S. Treasury TIPS. It makes sense that paper is not offering protection right now. Bonds suffer the same risks as cash. When inflation is high, the tool of choice is rising interest rates. Higher interest rates make purchases more expensive while simultaneously depleting wealth stored in bonds.

In June, the Federal Reserve raised interest rates 75 basis points (0.75%), representing the highest rate hike in 40 years. Next week, the FED will likely raise rates another 75 basis points, and some Wall Street analysts predict 100 basis points (1.0%). The current rate is 1.75%. A rate less than 2% is the background infrastructure for the worst Treasury performance ever. What does that say about the overall health of the economy?

What will happen to the bond prices over the next few months when rates double from their current position? The most logical direction of prices is farther down. Maybe it makes sense to ride out high inflation and rising rates, but it’s your money and your retirement. This decision is critically time sensitive.

With so many voices saying different things, who should you believe? The fancy degreed financial advisor, aka the paper salesman, will say ride the storm out. The truth is that the best way to predict how someone will behave in business or life is to determine how they are rewarded. It would be best if you decided how to protect your money, not someone who is paid by how much of your money is under their management. We will say buying gold is the better choice, but we are one of the largest gold companies, so our answer is predictable also.

The choice is yours.

Would you rather protect yourself with paper or metal?

If you also think precious metals are the better choice, don't be indecisive. Doing nothing or procrastinating is still making a choice to accept the status quo of your retirement and savings being destroyed by interest rates and inflation.

If you are tired of broken paper promises and want to take control of your finances with tangible protection, we will help you every step.