Gold Beating an Erratic Path as “Normality” Starts to Return 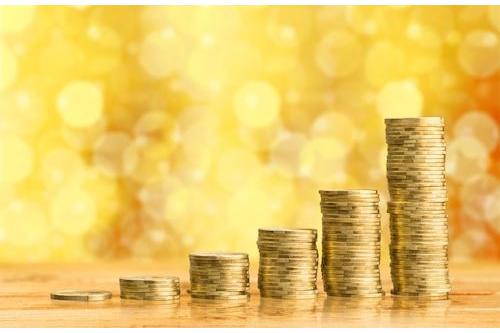 Gold Beating an Erratic Path as “Normality” Starts to Return

The past week or so seems to have summed up all recent movement in the gold price nicely.  It has ranged between a high of close to $1,780 and a low in the mid $1,720s, before settling in a relatively narrow range of between around $1,750 and $1,770, where it remains as of this writing.  It seems to be suffering perhaps from investment dilution in favor of Bitcoin, which has received a decent leg up – although, we still fail to see the attraction of an investment.

We shall stick with gold analysis here.  The yellow metal may not have the speculative attractions of some other assets, but it has remained the ultimate wealth protector for centuries.  Gold is built into our psyches as the conclusive measure of wealth, and no matter the ups and downs of other assets, it will continue to reign as the ultimate safe haven for hard-earned wealth.  Gold may not necessarily be a get-rich-quick means of investing, but it should continue to protect what wealth you have for many years to come, if not for ever.

This writer had thought that the COVID pandemic, and the restrictions that countries were imposing to try to contain it, would be strongly positive for the gold price.  However, I obviously somewhat underestimated human resilience in the face of adversity, as well as the efficacy of governmental moves to alleviate the worst economic effects, which, in many cases, entailed imposing often draconian restrictions on freedom of movement.  We are now seeing light at the end of the tunnel, as restrictions are gradually lifted in the wake of vaccines making huge positive impacts on infection spread and mortality rates.  COVID has not yet gone away – it will probably be with us for evermore – but it currently looks as if we can control it, at least to a politically acceptable extent.  People will catch it, and some will die.  But that is true with the flu, too.  Far more people will likely be killed in traffic accidents, but that has not led us to ban motor vehicles.

It is interesting to follow globally reported COVID statistics, such as they are.  For countries where the figures are believable because of the presence of health infrastructure to support them, it is apparent that infections and deaths are hugely below their peaks.  Furthermore, in most of the developed world, and where vaccine distribution has been adequate, hospitals are no longer being overwhelmed.

This writer is located in the UK, where the government appears to have bitten the bullet and returned much of our daily lives to relative normality, as have some other countries.  Daily infection rates remain higher than we would like, but this high level of reported infections comes from high-volume testing. The UK has one of the highest testing rates in the world.  In fact, it has the highest testing rate of any country with a comparable population size, and indeed, boasts well over double the tests-per-million rate of the U.S., with its much vaunted test program.

So how will gold likely perform as much of the world begins to get back to relative normality?  Economic recovery from the effects of COVID-related shutdowns is hard to predict, but what has already become apparent is that there are big inflationary pressures developing.  Companies are trying to claw back lost income and repay loans they may have had to take out to see them through the worst days of the pandemic.  There have been huge interruptions to the supply chain, which means that prices are being ramped up to secure goods.  Many employees in the pre-COVID workforce have not necessarily returned to their former jobs, due to being displaced by the pandemic or having found preferable job opportunities elsewhere. There are, consequently, huge job shortages in many countries, leading to wages being bid up to attract new employees, not to mention increased business expenses for associated costs of training.  In short, we are likely due for a period of ongoing price and wage inflation that may last months, if not years.

Central banks, of which the U.S. Federal Reserve (the Fed) is the prime example, have been basing any economic recovery plans on the assumption that this inflationary trend is “transitory,” but such a categorization seems more and more unlikely and will probably turn out to be far more deep-seated than contemplated by the Fed economists.  They now find themselves between the proverbial rock and hard place as they have to try and control inflationary trends without spooking the apparent economic recovery.  At the same time, the economists are being effectively deprived, to an extent, of their principal tool for inflation control – raising interest rates.

Undoubtedly, the Fed will raise rates – it will have to.  But it is likely only to do so cautiously, as it will not want to be seen as responsible for the kind of equity market crash to which a big rate increase would inevitably lead.  Of course, if the Fed is lucky, an overdue equity crash could occur independently of any decision on interest rate rises. But while many commentators have been predicting such a crash for some time, there seems to be little sign that one is indeed imminent.  Famous last words!

As for gold, history tells us that the metal price tends to strengthen when real interest rates are negative – as they are at the moment.  (Negative interest rates occur when the inflation rate exceeds the interest an investor may be receiving.  In other words, capital plus interest received is not keeping up with the rising prices of goods.)  Gold, as a non-interest generating asset, in theory, rises as a result.  This is not always the case, but is a received truism and tends to be accurate as time progresses.

Thus, things look positive for gold, although its recent performance has been not quite as satisfactory, to say the least.  While investor sentiment is perhaps currently sitting below its prime levels, sentiment could change almost overnight, although, this could change almost overnight, given the right geopolitical, or geo-economic, nudge.  Keep your eye on the news!