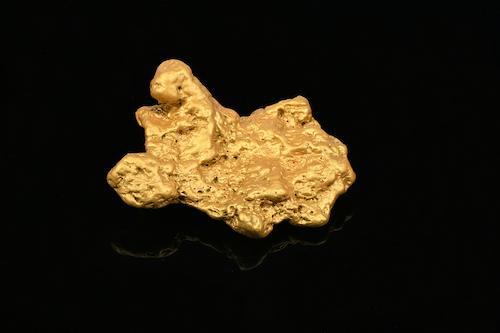 The answer to the question posed by the title of this article is “Undoubtedly.” As we have pointed out on a number of occasions, portents for the gold price climbing back to or exceeding the $1,800 level look extremely promising at the moment. The principal question is, therefore, how soon will the price breach $1,800 again – and how much farther and quicker will it continue to rise thereafter? Both these parameters are far more difficult to predict than the answer to the simpler question of whether or not the price will reach or exceed $1,800 again, but gold is looking strong as I write and is over $1,790 spot today already, despite some dollar strength, which is normally counter-productive for gold.

There are a number of factors at play here, not least of which is the state and speed of any U.S. recovery from the COVID-19 pandemic. Things had been looking quite positive on this front, but then, along came the so-called Delta virus variant, which appears to be more readily transmissible and is turning U.S. infection figures on to the upward path again.

There has been a tendency for the leadership of some U.S. states to try and diminish anti-virus measures and get their economies back to somewhere approaching normality as quickly as possible. This political trade-off – effectively pitting job re-creation and business re-opening against potential virus-related infections and deaths – is now beginning to show up in the latest daily virus growth statistics. This past Friday, August 13th, the seven-day rolling average of new daily infections rose to 120,000 plus, according to the U.S. Centers for Disease Control and Prevention – a level not seen since around early February this year. Although deaths have not been rising as fast as they were in the last big virus wave, those numbers are still heading back closer to 1,000 per day as of early this week.

Many will likely have sympathy for the political need to try and restore economic growth with a return to near normal daily life. There is a strong opinion that lockdowns and restrictions, and the resultant economic stagnations, are as damaging to health and stability as growing virus infection and death. The COVID-19 virus is often seen by many members of this opinion brigade as just a severe version of the flu, with no necessity to exert controls. However, COVID-19 is undoubtedly a more serious disease than even a severe case of flu. The coronavirus we’re living with now is much more transmissible and potentially a lot more deadly than our annual flu strains and the overall impact of the whole pandemic on the U.S. economy is probably more severe than many are prepared to believe. Consequently, recovery from the impact of the virus is likely to take longer than anticipated – or hoped for – and we are probably yet a ways away from achieving full economic recovery. Successive data releases will likely move precious metals prices up or down depending on how the metals are perceived, but, coupled with the negative real interest rate situation currently prevailing and a number of other positive factors like central bank purchases, peak gold, improving Asian demand, etc., prospects for the gold price look very positive to this observer.

As to timing, if things progress in the way they seem to be doing so at the moment, the breakthrough to back above $1,800 will likely happen sooner rather than later – probably this week. It may even have happened before you get to read this article! Where those prices go from there looks a little less certain, but I suspect gold’s recovery will again substantially improve investor sentiment. There are signs that equities may be peaking and bitcoin is looking vulnerable again after a decent recovery. The change in sentiment so generated may help rekindle interest in gold investment in particular.

Silver looks to be another story altogether. It has not been recovering alongside the rise in the gold price and the Gold:Silver Ratio has been rising accordingly. The social media-inspired so-called silver squeeze appears to be running out of steam and new silver investors will likely lose faith accordingly. This writer is distinctly less positive on the prospects for silver price growth than earlier in the year. As gold continues to move up, silver will probably recover a little, too, but I will be pleasantly surprised if it gets anywhere near $30 in the short to medium term. Even $24 is looking to be a bit of a battle, currently, which makes those $50 or $100 predictions so beloved by the out-and-out silver bulls look like loony tunes. Similarly, $5,000 or even $10,000 gold looks like pure fantasy, as I have been saying all along.

Platinum Group Metals (PGMs) are plowing their own furrow. They are effectively neither fish nor fowl in that they are still seen as part of the precious metals complex, but are, in reality, almost wholly dependent on industrial growth nowadays, rather than any direct ties to rises or falls in the gold price. They are not looking particularly strong at the moment, but can be quite volatile – particularly in the case of palladium.
The Jackson Hole U.S. Fed-hosted symposium, which tends to encompass opinions from central bank executives worldwide, is now looming on the horizon, set to take place from August 26th to 28th. Fed policy will, no doubt, be affected by the outcome of the deliberations there.

Global inflation trends, and how to deal with them, are almost certain to rank high on the Jackson Hole agenda, with most central banks finding themselves in similar positions to the Fed, suffering unnerving inflation levels but worried about any possible counter-inflationary measures negatively impacting any economic recovery they may currently be seeing.

In the U.S., where the gold price seems to be remaining set for now, all eyes will be on any clarification of Fed tapering of its bond purchases and interest rate changes, in addition to the timing of any such moves. Consensus suggests now that the Fed may begin tapering by the end of the current year, followed by a small interest rate rise starting by the middle of 2022. But this is by no means certain and caution may yet prevail. Any such moves could boost the dollar and adversely affect the gold price, although perhaps investors should take note that currently, we are seeing both a rising gold price and an increase in the dollar index – a situation that normally tends to be a contradiction.

Whatever the Fed decides to do, we suspect real interest rates will remain distinctly negative. While any move towards earlier tapering and a decision to raise interest rates may initially be seen as an obstacle for precious metals prices, once the fact that real interest rates will remain negative sinks in, prices should recover. Consequently, whatever happens at the end of the current month, the final four months of the year are looking positive for gold in particular. But the prospect of a $2,000 level being reached by Christmas perhaps remains unlikely. We shall see.