Why Swiss Gold Imports and Exports are So Important 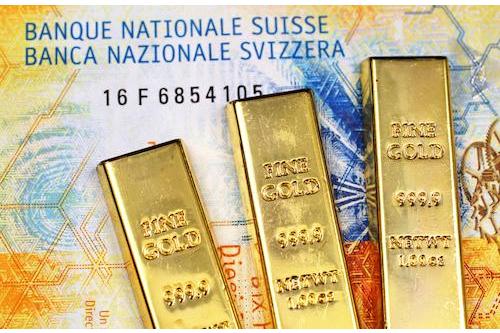 Why Swiss Gold Imports and Exports are So Important

For a small European nation with zero domestic gold production, Switzerland provides an unlikely, but hugely significant, role in following, and understanding, global gold flows. Historically it has provided gold refining services, unmatched anywhere else in the world, which in most recent years have processed a volume of gold equivalent to just short of 50% of global new gold output – more if one takes Chinese gold production out of the equation.

China is the world’s top gold producer accounting for around 11% of global new gold output, but none of this gold leaves the country, so it does not contribute to the Swiss gold flows. Indeed if one goes back three or four years the Swiss refiners handled an amount equivalent to around 70% of internationally-traded global new-mined gold, with most destined for Asian and Middle Eastern markets.

Switzerland has four major gold refineries (Argor-Heraeus, Metalor, PAMP - Produits Artistiques Métaux Précieux - and Valcambi) which mostly produce high purity gold (99.99% pure) in the small kilobar sizes and wafers most in demand in Asia and the Middle East and also by the smaller gold investor worldwide. The country also has two smaller refineries, although their output is not that significant in volume.

The gold imported by these refineries, may be sourced directly from operating gold mines, in the form of doré bullion from mines around the world, from major gold centers like London for re-refining – mainly from the large good delivery gold bars into the smaller, and higher purity small bars and wafers which are the staple of the international gold trade - and scrap gold for re-melting and re-refining from a variety of sources. (Doré bullion is a semi-pure refined alloy of gold and usually silver. It is normally the ultimate product of a mine’s own on-site basic smelter and may also contain traces of base metals).

Thus the Swiss figures, which are released monthly, are a much-followed window on what is happening in terms of global gold flows at any given time. They are especially significant given they account for such a large volume of the total global new gold supply figure and also report the country-by-country destinations of this gold. The amounts flowing through Switzerland, though, have probably fallen in recent years due to the building of the new gold refineries in Asia and the Middle East, but nevertheless the percentage of global gold routed through Switzerland remains substantial.

Interestingly three of the major Swiss gold refiners – Argor-Heraeus, PAMP and Valcambi are all located close to one another in the Ticino Canton in the south of the country near to the Italian border. They grew up there because of the historic importance of the Italian gold jewelry fabrication sector, although now their export business is hugely diverse internationally and in recent years has mostly been to Asia and the Middle East.

The fourth major Swiss gold refinery – Metalor – the oldest of the Swiss gold refiners, is the exception and is located in the north west of the country near the capital city, Bern where it was established to serve primarily the Swiss watch industry and banking sector. Its proximity to Bern also means it is close to the Bank for International Settlements (BIS), also known as the central banks’ bank, and the Swiss National Bank, both of which are, along with the big Swiss commercial banks, significant players in international gold trade.

In the first 8 months of the current year, although Asian demand remained at a low level due to the initial effects of the coronavirus in China, and a clampdown on gold imports by India, the Swiss refineries have still imported some 1,071 tonnes (a tonne is a metric ton, equivalent to 2,024 pounds) of gold up to the end of August. This suggests an annual total of 1,600 tonnes in the full year which will be back to close to 50% of global 2020 gold production as indicated by the World Gold Council in its latest Gold Demand Trends report. Exports so far are a little lower at 782 tonnes, but picking up at least a little with perhaps demand beginning to increase again from India and China which may perhaps increase as the year progresses. The refineries also suffered a coronavirus related temporary shutdown in February/March which had an adverse impact on the year-to-date export statistics.

The latest announced figures for August continue a trend, which started last year, of lower exports to the biggest consuming and trading nations in Asia and the Middle East, but this has been replaced by increasing investment demand from Europe and, in particular North America, in response to changes in global investment demand patterns. However, it is also interesting to note that the latest figures for August also show a big pick-up in the volume going to the country which has been the world’s second largest consuming nation for the past few years – India – which took 22 tonnes, 18.6% of the 118 tonnes exported, up from less than a tonne in July.

There was also what may be the beginnings of a small recovery from the country which has been the world’s largest consumer since it took over that mantle from India back in 2009. That is, of course, mainland China which took 9.6 tonnes – maybe a relatively small amount but up from zero in July. Also, perhaps significantly, Singapore which is making an attempt to rival Hong Kong as southeast Asia’s principal financial and trading centre, imported 6.6 tonnes, particularly as no gold is reported to have been exported to Hong Kong in August. This further emphasizes the decline in importance of the Chinese autonomous territory in international gold trade, and in its old significance as a perceived proxy for total Chinese gold imports.

The other principal recipients of August’s Swiss gold exports were the U.S., with 28.2 tonnes, and the UK, which vaults a high proportion of global ETF gold holdings, including those of the biggest gold ETF of all – SPDR gold shares (GLD) - with 18.9 tonnes. Other major destinations for the Swiss refined gold included Turkey, which is currently rapidly building its gold reserves and is currently the world’s largest monthly accumulator of central bank gold, with 18.1 tonnes and France with 6.0 tonnes. Other European nations to figure were Germany with 2.9 tonnes and tiny Austria with 1.6 tonnes – both countries known for their investing population’s strong interest in gold as a safe haven and wealth protector.

The Swiss import statistics also throw up some interesting trends – albeit a continuation of other recent Swiss gold movement data. In addition to importing gold from many gold mining nations, probably mostly as the aforementioned doré bullion, it also received considerable amounts from some traditional gold consumers – notably Thailand from which it received 27.4 tonnes, Hong Kong from (25.5 tonnes), the United Arab Emirates (15.4 tonnes) and Italy (7.3 tonnes). These imports will probably have come from the running down of stocks due to reduced local demand, and also due to profit taking. Gold prices peaked in August and remained high throughout most of the month. Imports from France were also interesting as they included a substantial amount of gold coins for remelting and re-refining - perhaps also an indicator of increasing scrap sales, again probably because of the attraction of high gold prices.

The other anomalous figure in the Swiss import statistics is the volume imported from the U.S. at 26.3 tonnes. The U.S. is a major gold producer in its own right but does not mine nearly as much as 26 tonnes in a month. Last year, according to precious metals consultancy Metals Focus, it produced around 200 tonnes (16.66 tonnes a month on average) so the August total likely includes a substantial proportion of gold scrap – as well as liquidated gold coins – which would again probably result from a small degree of profit-taking. However an almost identical amount came back as re-refined, probably higher-purity gold, leaving a net balance of near zero. There was undoubtedly demand for high purity refined gold, but perhaps in small sizes which could meet individual investor demand. It will be interesting to see what happens with the September figures given the sharp fall in the gold price over the past week or so.

Thus Swiss gold import and export figures, given their size as a proportion of gold produced worldwide, provide an extremely valuable insight into international gold flows. This translates into an insight into the ebb and flow of global gold demand. In many ways the Swiss gold import and export figures become an easy-to-follow proxy for international gold supply and demand trends and fundamentals. In the short term demand may well be driven by the perceived investment benefits of gold bullion as a wealth protector as well as an investment portfolio diversifier offering a stabilizing counter to the potential volatility of the equities investment sector.

In the long term supply and demand fundamentals are probably the most relevant factors affecting the worldwide price of gold. So, for the gold investor and trader, it pays to keep an eye on Swiss gold trade. This small nation punches way above its weight in terms of providing a window on global gold supply and demand patterns.