Volatility Suggests We Are Heading for a Recession 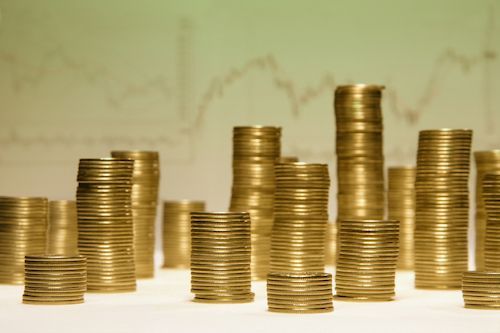 Volatility Suggests We Are Heading for a Recession

Despite this writer’s continuing confidence that gold, at least, will ride out the current storm and go on to better things, he is not nearly so confident about general equities or bitcoin. Fed chair Jerome Powell’s most recent statement has no longer ruled out higher future incremental rate increases than the 50 basis point ones, which seemed likely to be applied at the following two FOMC meetings. Should inflation run hotter than anticipated, the so-called ‘soft landing’ for the U.S. economy may be even more difficult to achieve, with 75 basis point rate increases a possibility, although perhaps an unlikely one still.

As Canadian economic consultancy, Murenbeeld & Co. put it, recessions are generally negative for the gold price. Still, it tends to recover more quickly and more strongly than the equity markets initially. We saw this back in 2008 when gold regained its pre-meltdown levels within a couple of months and then went on from strength to strength, while it took equities a lot longer to make their recovery.

Friday briefly saw the gold price fall back to its start-of-the-year level before making a marginal recovery, but it ended well on the week and the day. On the other hand, Equities made something of a recovery. However, they are still well down year to date. Things are still looking fairly dire for the U.S. and global economies, with global inflation remaining a major problem with seemingly no end in sight to the Russia/Ukraine war. This continues to add to inflationary pressures, with supply chain disruptions particularly affecting global agricultural and energy supplies and increasing in other areas as economic sanctions on Russian exports continue to build.

Gold started the current week falling back even further, breaching the psychological $1,800 level on the downside despite a fall in the dollar index, while equities continued to move up a little in Asian and European markets, but not significantly so at the time of writing.

Bitcoin was flat, remaining below the $30,000 level. The writer does not anticipate these patterns to persist long term, although the downside breach of the $1,800 level by the gold price could precipitate a further temporary fall. As I write, we saw something of a recovery, but it was not showing a great deal of strength.

Among the precious metals that almost constantly confounder of expectations. Silver has probably performed worst of all. While it, like the equity markets, was off its absolute low points on Friday, the Gold:Silver Ratio (GSR) still ended the week at around 86, having risen to 88 at one time (a high GSR means silver is underperforming gold). Silver bulls are constantly trying to talk the price up, mostly unsuccessfully, as ‘poor man’s gold’ claiming it is in short supply and that mined silver grades are declining so the supply/demand balance is moving in favor of demand.

However, silver inventories are near all-time highs, and grades are probably falling because higher silver prices than those prevailing a few years ago make lower grade ores more economical to mine. Contrary to seemingly generally held investor beliefs, responsible silver mining companies, like other metal miners, are usually more interested in prolonging their mines’ lives when higher prices make previously uneconomic ores viable to mine than in making excess windfall profits due to maintaining output at existing grades and reaping higher price benefits in terms of short term profits.

In its latest Platinum Group Metals Focus report, platinum and palladium have been on the receiving end of a fairly gloomy supply/demand forecast from specialist consultancy. This year, it suggests a 9% fall in the average platinum price and a 4% fall for palladium. This observer feels this could even understate the likely downside risks for these metals if a recession does eventuate. They are genuinely industrial metals nowadays, with the latter in particular hugely dependent on the automobile sector, which could suffer badly if personal budgets are squeezed further by inflationary pressures. These could be particularly problematic given rising fuel costs are a major component of the price rise pressures.

So what does the short-term future hold for gold and silver in particular? Both remain vulnerable to further falls, but perhaps not as much as equities. If we see a further sell-off in the latter as recession fears persist in the light of rising inflation and no likely let-up in Fed moves to try and bring it under control, liquidity issues could dominate markets. Gold and silver are easiest to liquidate in times of financial stress, so they tend to be brought down too by fall-offs in equity prices. Even so, gold, in particular, historically has tended to recover fast from such temporary setbacks, so those who are still cash rich, and with a good historical perspective, tend to see such times as an excellent buying opportunity to increase their gold holdings at ‘bargain’ prices.

Be prepared, therefore, for a further degree of gold price volatility. Its price could well fall further in the weeks ahead before bouncing back strongly to test $1,900 again by the end-summer and perhaps $2,000 by the year-end.

Please don’t write it off yet. We are in more than unusually uncertain times for all investment asset classes. Further dollar strength could depress it further, though, and watch out for inflation or employment data which could affect the Fed’s tightening program. However, one suspects the central bank is pretty well set on 50 basis point interest rate rises for the next two or three FOMC meetings regardless. Such are the potential effects of a possible recession ahead.

A negotiated end to the Russia/Ukraine war, which could ease Russian sanctions, and some supply chain disruptions, could be a game-changer. However, this seems unlikely in short to medium term without a change in Russian leadership.