Volatile Equities, Bitcoin, and Dollar Markets in May Continue Into June 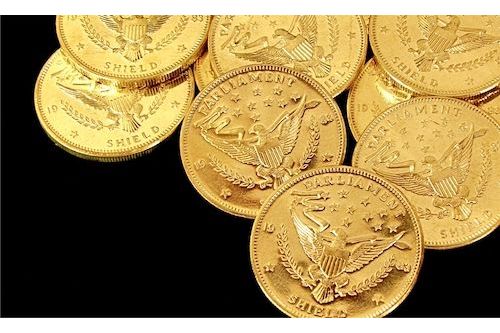 Volatile Equities, Bitcoin, and Dollar Markets in May Continue Into June

The past month has been volatile for almost all asset classes, with markets seemingly blowing alternatively hot and cold on the likely effects of the Federal Reserve’s tightening and interest rate policies. Equities have seen considerable intra-day falls and relatively strong subsequent recoveries, talked up by unscrupulous Wall Street promoters who want their business come what may. In contrast, precious metals have just about been positive in their reactions, but not consistently so. Bitcoin (BTC) has been mostly fairly weak but is currently well off its lows which had seemed to threaten to take it back down to $20,000 at one time.

The dollar index has been somewhat mixed in performance, while crude oil and natural gas prices have continued to advance, largely due to the ongoing effects of the Russia/Ukraine war and the sanctions imposed on Russia as two of the significant inflationary contributors. Some of these price and index movements year to date and for May to date are set out in the table below:

But what the above table does not show is some of the intra-day volatility which occurred in the markets during May. For example, during the month, the difference between the Dow’s high and low points was over 2,800 points which occurred over only 3 days – a massive movement of almost 9% - an almost unprecedented degree of short-term volatility in the US’s most visible equity index. With June likely to see another 50 basis point interest rate increase at the mid-month FOMC meeting and the commencement of the Fed’s balance sheet reduction program from June 1st, we could well see even further equity index shocks occurring as the flow of money into the markets diminishes. Be prepared.

Much may depend on investor sentiment surrounding inflation and employment data releases issued during the month. The various inflation index announcements in May did suggest that inflation might just be beginning to turn around and start coming down, but not sufficiently so to persuade the Fed to change course. Indeed our own view is that this downturn will have been mostly due to some of the Covid-related factors beginning to work their way out of the inflation equation, while the impact of the Russia/Ukraine war and the Russian sanctions programs may only just be beginning to take effect – for example oil and natural gas prices may be continuing to rise Also there has been something of a resurgence of Covid infections across the US with new infections reaching, or exceeding, 1,000 a day according to figures published by worldometers.com . Thankfully the mortality rate is trending well below earlier levels though.

With the Fed’s interest rate rises and tightening programs possibly having little short-term effect on inflation levels - they are seen by many as being ‘too little too late’ - we could well be facing more turmoil in the equities markets and a further downturn in the US economy. Q1 GDP has come in so far as negative and although the latest Atlanta Fed forecast for Q2 is +1.8%, this has been coming down from earlier forecasts and if it too should turn negative in the event, the US could be in a technical recession with two successive quarterly negative GDP figures. This is still, perhaps, unlikely but certainly can’t be ruled out and if it materializes, market reaction could be dramatically negative.

The gold price currently seems to be tracking dollar strength. Typically a stronger dollar, as we saw earlier in May, means a weaker gold price and vice versa, although external factors/black swan events like the Russian invasion of Ukraine can lead to huge short term fluctuations in this apparent balance. The dollar index (DXY) dipped in the currency markets recently which resulted in gold regaining the $1,850 level, but seemingly not with any real degree of confidence behind it. Thus the DXY will be watched carefully as a guide to where the gold price may go next.

With the US economy looking a little weak, this could well be downwards, which would be gold positive, but most competitive economies are suffering from similar problems to the US and given the DXY is a comparative measure it may not follow therefore that a weaker US economy means a lower DXY value.

But we remain relatively confident that the gold price is on a rising trend regardless. Assuming inflation continues to remain problematic, and we don’t see the Fed interest rate rises as planned at the moment as having any significant effect on the inflationary pressures, real interest rates will remain in negative territory, which is seen as positive for a non-interest generating asset class like gold. Equities are likely to continue to suffer though, and the combination should see funds and individual investors switch at least some of their attention into safe haven assets like gold to the latter’s benefit - or so this writer assumes.

The other precious metals may benefit too, although the pgms in particular are very much industrial counters nowadays, particularly palladium and rhodium, and are much more reliant on the strength of the economy for consistent price growth. Silver still tends to move up alongside the gold price when the latter makes a move, and although its demand patterns are mostly industrial too it does tend to behave more like the yellow metal.

Overall therefore we see price activity in equities and precious metals as likely being at least as volatile in June as in May with equities losing more ground and gold, in particular, among the precious metals, perhaps gaining a little. Inflation is likely to stay elevated and what may be particularly worrying for the Fed is that unemployment levels may well start to rise, albeit not yet significantly, as the US economy continues to weaken. This will likely continue unless the Fed is forced to reverse track to try and ward off a more serious economic collapse. If so, high inflation levels may persist for some time to come.