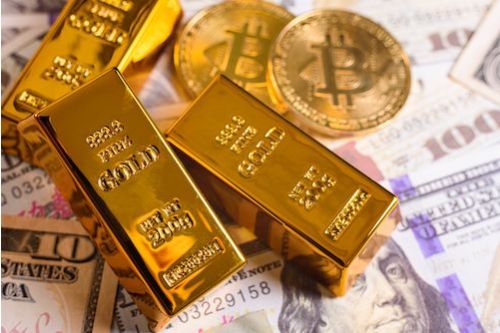 Modern media presents an excellent platform for those with firmly entrenched viewpoints on the place of assets like bitcoin, equities, bonds, etc., to continually espouse their views to the general public, however wrong they may have proved to be to date. There are always those happily prepared to believe these opinions, as indeed there are those out there completely taken in by various outlandish political or extra-terrestrial conspiracy theories despite all the rational and contrary physical evidence to disprove them. Such is human nature.

In many, or perhaps most, cases, the most convincing perpetrators of these extreme theories are so taken up with them because they believe their analyses themselves. Others have less altruistic motives and see dollar signs at the end of their particular rainbows. The more they can convince their adherents to follow their often enormously optimistic suggestions on likely price rises etc., the greater their gains may be depending on how they are involved in the first place.

This writer has little to gain from his views for the record despite his usually mildly bullish opinions on gold. His only physical gold holding is a single one-ounce gold maple leaf coin, won in a competition, and he does hold a small number of gold equities in his pension fund and stocks and shares ISA, but not in any volume that could be considered in any way significant. He is thus a primarily independent voice crying in the wilderness that is the financial advice sector, calling the situation for the markets as he sees them – both up and down.

So saying, I have been following the latest volatility in gold, the other precious metals, equities and bitcoin with considerable interest.

This given the likely impact of inflation and of the U.S. Fed’s moves in particular to try and bring it under control.

My own oft-stated opinion is that the principal inflation drivers are almost entirely outside the Fed’s control and its Quantitative Tightening and Interest Rate raising moves can only have an impact on the inflation periphery. This will likely continue as long as major extraneous factors like the Russia/Ukraine War and the Chinese lockdowns continue, and assuming no other international black swan events materialize to add to them.

In a recent article, I looked at the huge market volatility as the equities, bitcoin, and precious metals proponents entered their various media battle stations, with forecasts of major price movements up and down depending on whose views were gaining the most traction. Friday’s price movements in all the major asset classes served to emphasize these volatilities within a single day’s trading with big rises and falls evident within around a 12-hour period.

I attempted to look at these from a relatively balanced viewpoint and came to the considered opinion that equity prices are particularly vulnerable to serious decline as the Fed’s tightening measures are imposed. The markets have become used to an almost uninterrupted flow of capital coming in indirectly from the Fed’s bond-buying programs generating an unprecedented amount of liquidity, coupled with ultra-low interest rates. As this is now seen to be being seriously reduced as the Fed raises interest rates, ceases its bond-buying programs and starts reducing its balance sheet, an equities downturn looks to this observer to be inevitable.

Obviously, being located outside the U.S. I am not exposed to the drip, drip, drip of Wall Street propaganda aimed at persuading me to continue investing in equities regardless. Market reaction so far seems to be bearing my opinions out. As for gold, I have to admit I am pre-disposed to be bullish, although perhaps only moderately so, but it seems to me that if equities look to be vulnerable for as long as the Fed continues to implement its attempted deflationary policies, gold does offer the better investment bet. However, if the Fed implements a volte-face on any element of its proposed tightening policy I have to admit that could be a total game-changer. Or indeed if Russia brings a rapid end to its Ukrainian incursions and the West is prepared to drop at least some of its sanctions.

As for bitcoin, I also have to admit that I don’t really understand its appeal, but I feel that something that has sprung up from nothing, built primarily on market hype, will ultimately return from whence it came.

How long this will take, or what heights it will reach in the meantime, remains a mystery to me, as is the current interest in investment in NFTs – another digital product that to me has no physical substance behind it. I’m very much with Warren Buffett and Charlie Munger. ‘Rat poison squared’, ‘evil’ and ‘stupid’ are some of the epithets with which these two investment superstars, who have built their investment success almost always on seemingly rational decision-making, have branded bitcoin. But in a country where a significant sector of the population seems prone to believing in what appear to many to be ridiculous conspiracy theories perhaps this is a more mainstream path to adhere to than many others that seem to have found huge committed followings!

The crunch will likely come around the next FOMC meeting due on the 14th and 15th of the month at which it is widely anticipated that another 50 basis point Federal Funds interest rate rise will be imposed. However, it is probably the post-meeting statements which will be followed most closely for any signs that the Fed may be easing its tightening programs which could have most market impact. That in turn may well depend on the CPI and PPI data releases due on the 10th and 11th.

Meanwhile the price volatility continues. The gold price picked up quite sharply on Thursday, boosted by a falling dollar index, while U.S. equities opened lower, but ended the day comfortably in positive territory as did bitcoin. Gold started off strong again on Friday, before coming down sharply during the day, but had regained the $1,850 level before the weekend. Equities and bitcoin both followed a sharp up and down pattern. As we noted earlier, while we expect gold prices to remain stronger, perhaps equities will fall back again if it seems that inflation is continuing at a high level, as we anticipate it will, and if the Fed, at least in its forecasts, seemingly remains committed to its higher interest rate and tightening programs.