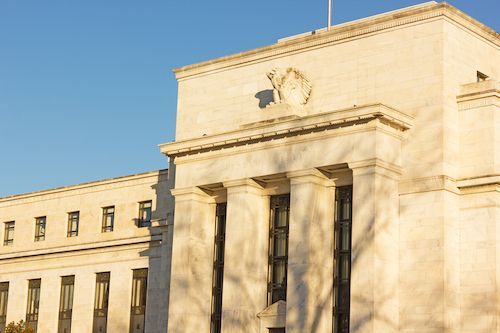 The past week has seen declines in almost all asset classes amidst dollar strength with adverse data and perceived statements from some Key Fed officials, all pointing to a continuation of the latter’s aggressive approach to interest rate rises at September’s FOMC meeting. The Chicago Mercantile Exchange’s Fedwatch Tool currently puts the likelihood of a slightly lower 50 basis point (1/2%) interest rate increase as opposed to a repeat of July’s 75 basis point rise at 46.5.5:53.5, which is still closely balanced, although now trending in favor of the larger increase.

Even a 50 basis point rise is itself a substantial rise and, while lower than some had feared, could still be sufficient to drive the economy downwards from teetering on the edge into a full blown recession in the second half of the year. But the higher rate, which is now favored by the markets as most likely, would almost certainly do so.

The big event which may yet be a sentiment game changer this week could well be the Kansas City Fed’s annual Jackson Hole Economic Symposium, which will be held from August 25-27. The event is known as one of the longest-standing, and most influential, global central banking conferences, bringing together economists, financial market participants, academics, US government representatives and news media from around the world to ponder key long term policy issues of mutual concern. The state of the global and US economies will be key discussion points as will global inflation and recession and measures being taken to control them. All these will impact the markets during the tail end of the week as will other pertinent date releases.

Of particular interest will be Fed chair Jerome Powell’s address on Friday which may give some hints as to likely Fed policy at the forthcoming September FOMC meeting. However, any such references may require deep interpretation given Powell’s apparent reluctance for straightforward policy pronouncements in such circumstances.

The week will also see the release of revised Q2 GDP statistical data which will either confirm or reverse the earlier preliminary findings which had suggested a small negative reading for the quarter following an earlier surprise 1.5% Q1 decline. (Two successive quarters of declining GDP are generally taken to determine a recession).

There will also be an announcement on jobless claims which could influence the Fed’s position on its approach to interest rate policy and as to whether the US is genuinely slipping into recession or not. The relatively strong employment situation to date has been part of the reasoning behind Powell’s and President Biden’s denials that the US economy is already in recession despite the negative GDP figures!

Regardless of all the above, there seems to have been a distinct change in market sentiment during the past week which has been adversely affecting almost all asset classes. Gold, and silver which tends to follow the former’s lead perhaps even more aggressively, have both turned down particularly sharply. The former is down over 3% on the week and the latter nearly 9% and both fell further in early trade at the start of the current one too, with the former down to below $1,730 and the latter to $18.74 as I write, with the Gold:Silver Ratio widening to around 92. Bad news for precious metals followers.

But equities, metals commodities, oil and bitcoin were all down as well in the face of a seemingly ever-rising dollar as confidence in a less aggressive approach by the Fed at the next FOMC meeting seems to have diminished.

However the meeting is still 30 days away and much could change by then, particularly if the September 13th CPI data announcement suggests inflation may have peaked. The still-declining oil price gives us some hope that this may be the case.

Although the Fedwatch Tool currently has moved in favor of a 75 basis point increase at the September FOMC meeting I still feel the more likely outcome is a 50 basis point rise unless the next CPI data release points to a returning inflation surge. There seems to be a good chance that the energy price element, one of the biggest inflation drivers, is continuing to recede with the fall in the oil price and if this reduction is maintained then some of the inflationary pressures will at least be mitigated. The Fed will be conscious that the bigger rate increase will likely spook the markets and increase the likelihood of a harder landing, which it will be trying to avoid. While its primary target may well be to control inflation, it will try to do so without precipitating a massive market decline which might come about with the more aggressive approach. 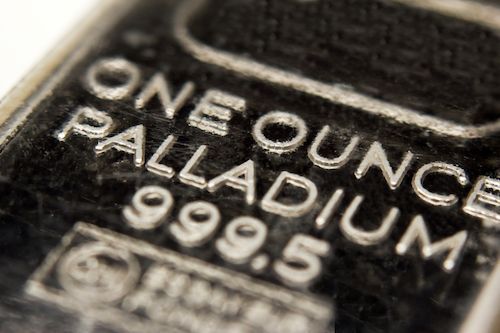