A Review of Meme-driven Equities, Bitcoin and Precious Metals 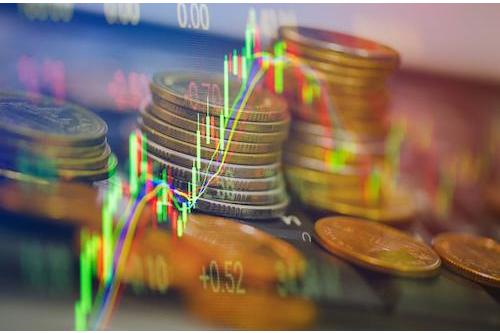 A Review of Meme-driven Equities, Bitcoin and Precious Metals

Precious metals, perhaps with the exception of platinum, have been having a rough ride of late, while equities, for the most part, keep advancing. Furthermore, bitcoin has been hugely outperforming everything.  Is this situation sustainable and how do the advances compare with other bull markets in the past?

There are perhaps some salutary lessons to be learnt from previous bull markets and bubbles, although the current ones continues to be supported by the U.S. Fed’s monetary policies, which show no sign of any changes ahead.  Markets are, however, also very much being driven ever upwards by social media-promoted memes.

(According to Wikipedia, a meme, for those unfamiliar with the term, “is an idea, behavior, or style that becomes a fad and spreads by means of imitation from person to person within a culture and often carries symbolic meaning representing a particular phenomenon or theme from one mind to another through writing, speech, gestures, rituals, or other imitable phenomena with a mimicked theme. Supporters of the concept regard memes as cultural analogues to genes in that they self-replicate, mutate, and respond to selective pressures.”)

In the writer’s view, Americans currently seem to be particularly prone to being influenced by social media-generated memes, which accounts for the enormous followings of some seemingly unlikely “conspiracy theories” that have gained vast credibility across politics, finance and technology (to name but three areas in which people seem to have become prone to such disinformation).  Another result of this observed American affinity for meme culture has been the huge growth in followings of “messianic” figures, who have embraced the same concepts the memes portend, and can do no wrong, in the minds of their adherents.  This has become enormously dangerous on the investment front, with social media posts on sites like Reddit moving the markets in ways that traditional investors have been unable to predict, or perhaps even contemplate.

We hope, assume even, that this particular phenomenon will fade away as quickly as it seems to have materialized, but while it continues, one can’t expect markets to follow traditional patterns.  It may even be years before this seemingly incongruous behavior pattern falls out of favor. Until then, the markets will continue to be hugely unpredictable environments for the traditional investor.

So saying, I’ve been listening to a fascinating podcast episodeby Grant Williams and Bill Fleckenstein interviewing Jim Stack of InvesTech about equities markets, admittedly from a conventional viewpoint, without touching directly on precious metals.  Still, the podcast is hugely relevant to the precious metals investor, given that the equities markets are largely being supported by Federal Reserve policies, and most of what the Fed is doing should also be positive for precious metals.  Boosted by social media support, it is equities, though, that seem to have been benefiting most, while precious metals, with the exceptions of platinum and temporarily meme-driven silver, have been pretty much left behind.

Jim Stack and his two interviewers are obviously convinced that equities markets are in a bubble of almost unprecedented proportions, although this is not realized by those caught up in it.  Bubbles never are!  But when the bubble might be pricked and start to deflate is far from certain, particularly given the proliferation of the memes that have been helping inflate it.  According to Stack, equity prices could go on rising in the short term, as the Fed is unlikely to make any changes to its low interest rates or quantitative easing policy for the foreseeable future.  Indeed, it has said that it will keep interest rates where they are until at least 2022.

The Fed seems to be very aware that increasing interest rates could provide the trigger that brings the whole stock market crashing down (this has happened in the past), and it wouldn’t want to be blamed for such a situation, as that could lead to it losing its independence.  It is truly between a rock and a hard place, and with a former Fed chair heading up the Biden administration’s Treasury, it will probably remain under intense pressure to not upset the status quo.  Indeed, President Biden will be desperate to prevent the appearance that the USA may be heading into a recession – or even worse, a depression – and a falling stock market would be a hugely visible sign that this could well be happening.

Even so, the seeming consensus of the participants in the podcast mentioned above is that a market meltdown is inevitable at some point in the relatively near future.  It is certainly due, and the hardest and steepest falls are likely to be in those over-hyped stocks that have risen far beyond any levels justified by current, or even prospective, earnings.

The view of the participants also seems to be that the U.S. economy is riding the pandemic storm far better than might have been expected, and the inevitable market meltdown may well not be quite as severe as some had been anticipating and predicting.  But, even so, this rosier picture would still portend something of a bear market ahead, the duration of which is far from certain.

Jim Stack has been involved in equities markets for many years and has seen several bear markets in his lifetime, the experience of which colors his thoughts on the subject.  He comments that many of today’s stock market investors have no such history and have only seen a seemingly ever rising stock market and expect this pattern to continue.

Investors should definitely be worried about the prospects, likelihood even, of a market meltdown ahead.  But timing is everything, and it is enormously difficult to pick a market top.  Come out too early, and maybe some huge profit potential is missed, although, perhaps this is still better than being left behind and trying to exit the market at the same time as everyone else, while stock prices are crashing by the minute.

Similarly, beware the “dead cat bounce.”  Should stock prices collapse, there will come a time when a recovery looks to be setting in.  There will be no shortage of advice, particularly on social media, that this will be the time for bargain hunters to pile in.  History tells us this is likely to be a false dawn and the “bargain hunters” will likely be disappointed and suffer accordingly.  Picking the market bottom is equally as difficult as picking the top!

As for precious metals, they are currently out of investment favor.  Meme-promoted bitcoin, on the other hand, looks as if it might present a more favorable hedge against a market collapse.  But in our view, bitcoin could crash dramatically, too.

I’ve also been looking at a recent YouTube interview of investment superstar Jeremy Grantham, of Boston’s GMO, by Bloomberg’s Erik Schatzker.  Grantham is also predicting a huge market crash ahead – and he is no fan of bitcoin either – but is a little more positive about precious metals.  But one should recognize that both Stack and Grantham are very much traditionalist investors, and whether they can be in any way accurate about the depth and timing of a major market crash in the current social media-driven markets has to be open to question.  Grantham cites market euphoria, and the likelihood of this possibly coming to an end within months as the inevitable trigger for the meltdown, as it always has been in the past.  The Biden-proposed economic stimulus (handout) could thus well provide the top point, with market euphoria coming to a resultant peak before starting to decline.

These do, therefore, look to be particularly difficult times for the investor, either in equities or precious metals.  The precious metals sector may not be immune to falling values in an equities crash, or provide the traditional wealth safe haven, as liquidity issues could bring them down, too. Although, gold, in particular, is likely to recover far quicker and go on to new highs, in such a case – at least that’s what history tells us.  In this low inflation environment, holding some of one’s wealth in cash could be a wise move – it would fall in purchasing power, but not by as much as the markets, and enable one to climb back in when the worst is over, assuming the future plays out as this writer suggests it might.