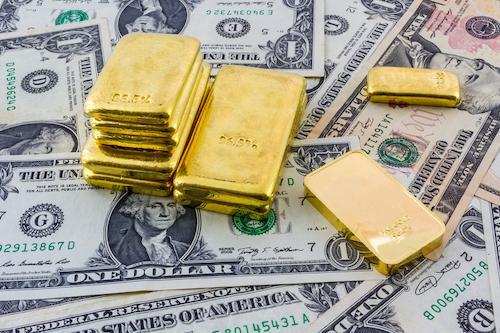 The big price driver for precious metals for the moment would seem to be global inflation. This is being driven by the twin coinciding elements in many countries of the sometimes drastic restrictions put in place to try and control the spread of the Covid-19 pandemic, plus the direct and indirect impacts resulting from the Russian invasion of Ukraine.

In some nations – particularly within the world's leading industrial economies – post-pandemic economic recovery has helped mitigate some of these effects – at least in the short term. But the longer term effects are probably yet to be fully felt. We have ourselves been a little surprised by the relatively lackluster performance of safe haven assets like gold, which one would expect to do particularly well in a global economic crisis of this magnitude. But in our view, gold's time will surely come as the new economic reality becomes more and more apparent to the investment sector at large.

In his annual letter to stockholders, Jamie Dimon, CEO of megabank, JP Morgan, warns that global financial markets have already been hugely adversely affected by Russia's invasion of Ukraine and the consequent drastic economic sanctions that have been imposed on that nation by the West and its allies. With the latter country being such an important supplier of food-related, metal and energy commodities to world markets, Dimon warns further that the impacts will get worse as the sanctions take full effect.

Dimon went on to note in his letter "We are facing challenges at every turn: a pandemic, unprecedented government actions, a strong recovery after a sharp and deep global recession, a highly polarized US election, mounting inflation, a war in Ukraine and dramatic economic sanctions against Russia. While all this turmoil has serious ramifications on our company, its effect on the world—with the extreme suffering of the Ukrainian people and the potential restructuring of the global order—is far more important."

He added further, "America and the rest of the world are facing the confluence of three important and conflicting forces: 1) a strong US economy, which, we hope, has COVID-19 in its rearview mirror; 2) high inflation, which means rising interest rates and, importantly, the reversal of quantitative easing (QE); and 3) the war in Ukraine and the accompanying humanitarian crisis, with its impact on the global economy in the short term, as well as its significant impact on the geopolitics of the future. These factors will likely have a meaningful effect on the economy over the next few years and on geopolitics for the next several decades. The war in Ukraine and the sanctions on Russia, at a minimum, will slow the global economy—and it could easily get worse."

"Many more sanctions could be added—which could dramatically, and unpredictably, increase their effectiveness. Along with the unpredictability of war itself and the uncertainty surrounding global commodity supply chains, this makes for a potentially explosive situation. The confluence of these factors may be unprecedented." "The war could affect geopolitics for decades. Russian aggression is having another dramatic and important result: It is coalescing the democratic, Western world—across Europe and the NATO countries to Australia, Japan and Korea. The United States and the West realize there is no replacement for strong allies and strong militaries."

Regarding the impact on gold and the gold price itself, it's all perhaps a case of actual performance against expectations. Indeed the yellow metal has reacted fairly strongly to world events already – it's just that the perception of where it was likely to head after breaching the $2,000 level last month was not sustained. As has been the case, significant and rapid, upwards price movements nearly always tend to be overdone initially and often prompt a fairly significant correction.

There has actually been a fairly steady price increase since the end of January (about 8%) when the gold price was a little below the $1,800 mark. It surged to around $2,050 during March before settling down to consolidate at near current levels.
From here we would anticipate an upwards gold price trend as inflation reality sets in, culminating in it testing the $2,000 level again perhaps by mid-year. There could be an occasional setback – in particular, if there is seen to be a solution to the Russia/Ukraine war and Russian forces withdraw, although this still looks unlikely in the short term. Even if this should happen, if the stringent economic sanctions on Russia remain in place, there may be no downwards correction – except perhaps for a couple of days in response to a possible ending of conflict.

The other major factor which could have an effect – either positive or negative, on the gold price would be the continuation of price inflation in the US at the current high rate – or even higher, which we think is likely and is also suggested by Dimon, and the severity of any Fed moves to try and bring it down. There is already talk of possible 50 basis point Federal Fund rate rises at each of the next couple of FOMC meetings (scheduled for May 3-4 and for June 14-15) and in his letter Dimon warns that Fed interest rate hikes may well be higher than the markets anticipate. If above expectation rises are put in place, these might provide a shock to the markets – particularly to equities. In our view, interest rate rises would still likely be insufficient, though, to take real interest rates out of negative territory given inflation remains strong- possibly in double-digit levels - and gold could then, after a short hiatus, resume an upwards path overall.

We have already raised our forecasts for the year-end gold price and now we are doing so again. If things go much as expected, we see gold ending the year at around $2,250, although if any more significant 'black swan' events occur, this could prove highly inaccurate. There are still nine months to go to the year-end – so anything could happen to take the eventual gold price up or down. If you're a gold investor, keep your fingers crossed!