Investment Turmoil Ahead of FOMC Meeting 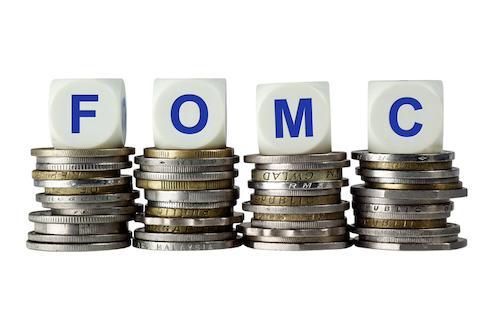 Investment Turmoil Ahead of FOMC Meeting

With the next Federal Reserve Open Market Committee (FOMC) meeting now only a couple of days away, the precious metals, equity and bitcoin markets have been adjusting themselves accordingly.  This has resulted in some very sharp changes, depending on received perceptions by market analysts and commentators, of what the FOMC may indicate on the speed of its tightening program. There still, though, seems to be a current likelihood of three or four interest rate increases this year in what we see as a vain attempt to start to bring inflationary pressures under control.

As a consequence, we have seen, therefore, gold and silver move sharply higher, before falling back a little towards the past week’s end, although opening a little higher this week in Europe  By contrast global equities have turned down sharply and bitcoin seems to be undergoing a huge current reversal of fortunes.  Much of this has to be due to a perhaps more ‘hawkish’ US Federal Reserve Bank (Fed)’s now anticipated likely quantitative tightening program to try and stop the US’s current high inflation levels in their tracks.

In our opinion the Fed’s likely moves will probably be too little too late to seriously influence the inflation rate growth - if they happen at all.  The most recent Consumer Price Index (CPI) count – for December – pointed to a 7% annual inflation rate rise, with no signs of it slowing down, while the Fed seems unlikely to raise interest rates this year by a total of more than 1% (four 25 basis point increases), if that, which is almost certainly insufficient to even get close to moving real interest rates out of negative territory – even if inflation rate growth may start to slow down by the year end..

But even this small level of likely interest rate rises is provoking a severe shudder through equity markets.  Businesses have become used, not only to being able to borrow at close-to-zero  interest rates, but also will have benefited from Fed-generated market stimulus through its bond buying programs with the associated monetary growth element eventually working its way into the stock market.  If all this is suddenly to fall away, then the longer term forward equity outlook – particularly for tech stocks as represented by the NASDAQ exchange – looks to be seriously threatened.  And as tech stocks go, so goes bitcoin which, on its latest count, is hovering at around half its value of as recently as a couple of months ago, despite numerous promotional recommendations from bitcoin bulls that it is going to the moon.  Such promotional utterances are beginning to be ignored.  How are the mighty fallen!

The falls in equities and bitcoin may well be not before time given they are both seen by many highly respected commentators and economists as way too elevated.  Some of the suggested equity downward forecasts suggest any subsequent downturn could yet be dramatic. However, there are also always those predicting otherwise – many of whom have a vested interest in markets trending higher.

It is the possibility of further sharp equity value reductions, though, which could lead to the Fed to slow down its tightening program.  Falling stock prices in particular – bitcoin is probably irrelevant in this respect –are seen as indicators of a developing recession, or even, if the worst projections come about, of a forthcoming depression, on a similar scale that of the Great Depression of the late 1920s and the 1930s.  There are many evident parallels to be seen as the bears are not slow to point out.  Fortunes are already being lost and the general recent impression that the markets are continually moving up is rapidly being shot down.

All this is being magnified by the knock-on effects of the Covid-19 pandemic which is something of a returning factor in contributing to a potential further economic downturn.  US infection rates are currently riding high again and the mortality rate seems to be surging – over 2,770 US deaths were reported on Friday.  At the current rate of daily mortalities the US total virus-related death toll could even exceed 1 million by around the end of March - embarrassingly far above the Trump Administration forecast of 100,000 to 240,000 deaths - if containment measures were to be followed "almost perfectly”, which obviously they were not.

But it’s an ill wind that blows nobody any good as the saying goes.  Gold and silver bullion and stock investors should benefit from downward moves in general equities and bitcoin, and from negative real interest rates, although liquidity needs could put a temporary dent in their progress.  Ever-rising equity and bitcoin prices had been serving to divert investors away from precious metals investment, with these other investments seemingly offering better, swifter and more reliable returns in an increasingly ‘get-rich-quick’ –focused society.  Now the benefits of gold and silver in particular, as safer havens in times of collapsing prices in other asset classes, are becoming much more apparent and should be positive for their prices, and for those of associated stocks, in the days and months ahead.

We suspect that markets may well mark time ahead of the FOMC meeting on the 25th and 26th until details of the outcome become public, although speculation thereon could generate some volatility in the meantime.  The Fed has tended to err on the side of caution in the past and this could well happen again in the light of recent equity market performance and the high virus infection and mortality figures.  Any forthcoming policy changes from the previous assumptions, though, will likely be very limited in nature.  A slowing down of the currently-predicted bond buying programs and interest rate rises would be positive for precious metals and perhaps be less negative for equities.

Fed chair Jerome Powell’s post-meeting statement will thus be awaited with considerable interest.  Subsequent interpretation thereof will thus likely set the tone for the markets in the short term at least.