High Inflation, High Covid. What Do These Mean For Gold Prices? 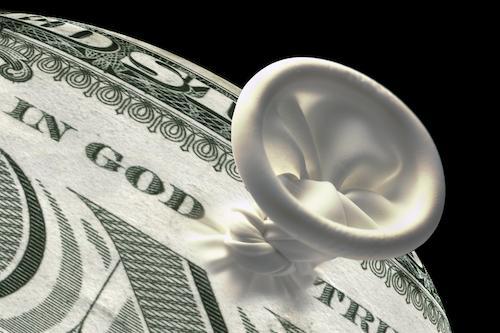 High Inflation, High Covid. What Do These Mean For Gold Prices?

Mortalities peaked at over 2,000 daily – thankfully well below some previous peaks - confirmation of the efficacy of the vaccination program in mitigating deaths and/or an indication that the latest highly transmissible Omicron virus mutation may not be quite as lethal as earlier incidences. But death peaks tend to lag behind infection peaks, so perhaps not quite so much should be read into these latest figures yet.

These statistics suggest that U.S. economic woes resulting from high inflation levels and the continuing impact of Covid-19 mean that U.S. recovery from the effects of the pandemic may yet have some way to run.

Meanwhile, the gold price continued a small recovery from a brief dip to the low $1,800s to around the $1,820 mark. It remained at or around this point up until European trading on Tuesday when it fell back fairly sharply in the aftermath of the U.S. Federal holiday for Martin Luther King day. However, it has made something of a recovery since.
The earlier slight price weakness was reckoned to be on further expectations that the U.S. Federal Reserve (the Fed) might start raising interest rates to combat the seemingly accelerating inflationary trend, perhaps as soon as March. This also led to weakness in U.S. equities and in bitcoin as perhaps the overall market impression was that U.S. economic growth might be adversely affected by such a Fed move if, and when, it takes place.
Gold appears to be pretty much rangebound in the meantime and, so far, has managed to remain comfortably above the key $1,800 level. Our opinion is that it is undergoing a period of consolidation at this level before moving on to better things.

Whatever the Fed imposes in terms of interest rate rises, they are unlikely to move real interest rates into positive territory given the high inflation levels, which are showing, as yet, no indication of slowing down.

As we have stated before, negative real interest rates are seen as positive for the gold price, and the Fed only tends to raise interest rates in 25 basis point increments so it can more readily assess the impact of rate increases on overall economic perception and in particular on the overtly visible strength of the equity markets. With such small interest rate rises in prospect, it will take many months of interest rate rises, or even years, before inflation can be said to be tamed and real rates even to come up to parity.

Consequently, we suspect that the gold price will remain in plus $1,800 territory and consolidate there before moving up to higher levels. We still feel there’s a good chance that the yellow metal may achieve the psychological level of $1,900 by the mid year and $2,000 by the year end, but on past performance, there’s also a fairly strong chance that, when the Fed implements interest rate rises, there will be knee-jerk price setbacks. But we also suspect that these will be temporary in duration as long as negative real rates prevail.
However, the big worry for the investor is that should inflation continue to rise, and the Fed may well not be in a position to raise the Federal Funds rate even to around 3% given the huge debt level the U.S. has accumulated and the cost of servicing this debt. This would still leave real rates hugely negative and, effectively, mean a considerable reduction in purchasing power for the U.S. dollar. Under these circumstances, gold as a constant, despite its 0% interest rate, becomes an ever-increasingly attractive wealth protector.

Some feel bitcoin may be another even more attractive investment under these circumstances. We would not subscribe to this view – we have always been dubious about the long-term value of cryptocurrencies but are prepared to admit we have been very wrong to date and could be equally wrong as time progresses. The pro-bitcoin propaganda effort remains exceedingly strong despite recent cryptocurrency price setbacks.
Much will likely depend, though, on the ongoing impact of the current virus strain with its high transmissibility and the Fed’s reaction to it.

If the virus follows the U.K. pattern of an extremely rapid rise in new infections, followed by an equally sharp turnaround to lower new infection levels, but a somewhat higher mortality rate (death statistics tend to lag infection rates), the Fed may be tempted to tighten further and faster. But if it sees economic progress slowing down or reversing even, it may become more cautious in its actions, which would likely be even more positive for the gold price.
Silver would likely benefit alongside gold in the short term, despite it losing much of its monetary association with its main markets now being in the industrial sector, albeit mostly in prospective growth areas. That bodes well for the metal’s long term price performance, but perhaps less so in the short to medium term, although its price seems to have held up slightly better than gold in the past couple of days.

The Platinum Group Metals (PGMs), though, are even much more industrial growth dependent. Palladium demand is closely tied to sales of new gasoline-fuelled internal combustion engine-driven vehicles. This huge market has been severely affected by the ongoing shortage of computer chips without which most modern automobiles cannot function. While this shortage also seems to be coming to an end, the longer effects on the supply/demand balance have terminated the huge supply deficit, which had driven the metal price sky-high. The change in the supply deficit situation has accounted for palladium’s relatively poor price performance over the past few months.

On the other hand, Platinum is not so reliant on gasoline-powered vehicles for its principal demand areas but has a far broader industrial usage pattern than its sister metal. Its current supply surplus now seems to be morphing into a small deficit, which means its price performance going forward is likely to be positive. We had even speculated that 2022 might see price parity between the two principal PGMs, although there is yet a long way to go before such price equality is achievable and we have put off our opinion of this likelihood happening perhaps until 2023 at the earliest.