Growing Central Bank Distrust Could be Key to Gold Advance 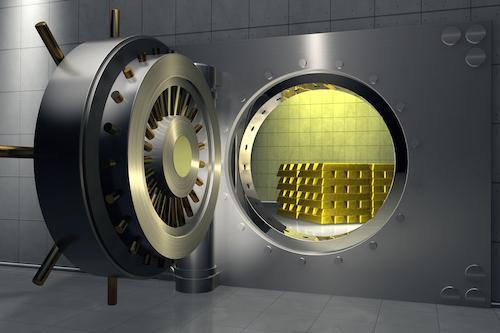 Growing Central Bank Distrust Could be Key to Gold Advance

German precious metals group Degussa AG has published its latest “Market Report,” which incorporates some interesting commentary on what the group sees as the reasons behind gold’s lackluster performance over the past month or so.  In the report, Degussa suggests that the gold market’s apparent weak performance of late is due to the U.S. Federal Reserve’s repeated insistence that the currently high inflation levels being observed globally are but “transitory” in their likely magnitude and longevity.  This mantra has been picked up by most other major central banks, but there is increasing eveidence – not least in Fed Chair Powell’s own recent statements –  that this “transitory” state may not be so fleeting after all, and inflation pressures may actually surge higher and last longer than these central banks had been anticipating.  All this is leading to increasing distrust by the public at large as to the capability of central banks to guide us through the consequent economic malaise.

The Degussa analysis goes on to suggest that there is a growing risk that the central banks lose control over inflation expectations.  The report comments, “Why are gold and silver not trading at higher prices? This is a question many investors are likely to ask these days. And rightfully so. Central banks keep interest rates at extremely low levels and continue to increase the supply of credit and money. This, in turn, leads to goods price inflation that is already rather painful for the average consumer. Not only are the prices of daily necessities – food, energy, transport etc. – rising. Asset prices – in particular, prices for real estate and housing – are also driven up as a consequence of an increasingly inflationary monetary policy. This benefits the owners of assets, but it is a burden to those who still want to buy them (such as young families wishing to buy a home).”

What this boils down to, in effect, is that if central banks stick to their ultra-low to negative interest rate policies, the real interest rates being experienced by the person in the street, and investors in particular, are becoming ever increasingly negative.  As a zero-interest-generating asset, gold should thus see enhanced take-up as an investment that protects against falling real interest rates and rising inflation. The price of the yellow metal should thus, in theory at least, increase accordingly.

Central banks are increasingly being seen, though, as too complacent amidst the current economic climate and too optimistic that rising inflationary pressures will significantly ease.  While supply disruptions in the market may be temporarily driving some inflation elements, rising prices are also being perpetuated by the significant increase in money supply as a result of central bank policies, as led by the U.S. Fed.

Criticism of central bank policies over inflation handling is becoming more and more prevalent in media coverage, leading to something of a loss in confidence that central banks can bring a halt to inflationary tendencies without sharply increasing interest rates.  The implementation of such an increase would undoubtedly lead to recession, thus the banks, supported by governments (despite supposed central bank independence in many countries) are loath to increase rates even by a little.  But, history tells us that once inflation gains a hold, it is horrendously difficult to bring under control without drastic measures being taken.  And such drastic measures tend to be hugely difficult decisions to make politically.

The Degussa report further states that "it is very likely that central banks' balancing act will no longer work at some point and will most likely lead to a brutal inflation problem: If and when they have to choose between letting the financial and economic system go bust or printing additional money…it is very likely that central banks will opt for the latter rather than the former."

Degussa sees the price of gold as being firmly on an upwards trajectory, as suggested by the chart above.  Such a development is largely supported by central bank policies to increase the money supply and thus keep real interest rates in negative territory for the foreseeable future.

If Degussa’s analysts are correct – and I think there’s a strong likelihood that they could be – then the world will see a period of rising inflation and ultra-low interest rates, which could lead to increasingly negative real interest rates.  We can probably rule out hyperinflation in the world’s major economies, although the German Weimar Republic hyperinflation of the early 1920s remains in many memories as a warning of what can happen if things get totally out of hand. Excessive money printing by central banks can lead to development of these kinds of problems, although, we’d anticipate the bullet being bitten and interest rates rising sharply, despite the likely economic consequences, before economic collapse and/or hyperinflation develops.

"To make matters worse, there is no end to the inflationary forces in sight,” warn the Degussa analysts. “The truth is that economies are burdened with record levels of debt after years of very low interest rates.  The Institute of International Finance (IIF) estimates that by the end of Q1 2021, global debt had reached 289 trillion US-dollar or 360 per cent of global gross domestic product. Against this backdrop, it is hard to see how central banks could raise interest rates without triggering the next severe credit or financial and economic crisis."

So, what does all this mean for the gold investor?  In theory, it will serve to maintain upwards pressure on the metal price, although nothing in the precious metals market sector tends to run smoothly and there undoubtedly will be setbacks – perhaps as we are seeing currently.  High inflation plus ultra-low interest rates lead to currency debasement, which gold, as a supposed safe-haven wealth preservation asset, should protect against.  However, governments view gold as something of an unwelcome bellwether on deterioration of currency strength and, consequently, may do their utmost to suppress its rise in price.  Such governments may well have some limited success, but eventually, market forces will likely win out and the gold price should resume its upwards progression, although the ensuing rise may not be as steep, or as strong, as the fundamentals might suggest.

If the economy and central bank action pan out the way they look to be doing, then at some stage, inflationary pressures will likely force the banks to raise interest rates regardless - although, they will probably resist doing so for as long as they can.  When this happens – which may not be for some time, yet – it will almost inevitably precipitate a severe recession or depression, which could decimate equity and other vulnerable asset prices.  Even the gold price could come down at that time, as individuals and institutions struggle for liquidity. But it would likely recover well ahead of other market sectors, as we saw in the 2008-2009 financial crisis.