Gold in a Post-Coronavirus World 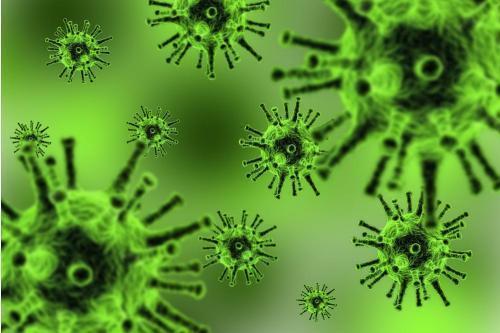 Gold in a Post-Coronavirus World

As one of the few observers who predicted a coronavirus-related equities markets crash, and temporary weakness in precious metals prices despite this, nearly two months ago now, even I hadn’t quite anticipated the lengths countries would be forced to go to to try and protect their economies and keep their people safe.  Despite draconian measures being taken to attempt to prevent virus spread and protect economies – foreshadowed by the initial Chinese response, but now being implemented increasingly in western democracies - I fear the worst effects on global economies and wealth are yet to come.  No-one could have predicted what has been thrust upon us except perhaps in the wildest imaginations of Hollywood screenwriters and doom-and-gloom novelists.

We look to be faced with a greater global threat than the Great Depression which afflicted the world in the 1930s – much worse, in fact, as it’s not just a financial crisis but is coupled with a humanitarian pandemic-related one too.  One suspects the world will never be quite the same if, and when, the virus is safely behind us - if it ever is.  Cases are rising around the world.  In the U.S., where President Trump reckoned everything was under control about a month ago and that the information about the virus being spread in the media was a hoax, and only just over 1 week ago said the U.S. had one of the lowest virus rates in the world, things are suddenly accelerating hugely.  Now, the U.S. is in 3rd place worldwide for confirmed coronavirus infections and the number of these is now already close to 40,000 as I write, and deaths from it appear to be rising rapidly.  What effect that will continue to have on equities will likely take the Dow and the other U.S. indexes down many more percentage points, despite the Administration and the Fed’s attempt to mitigate the financial losses likely to be faced by corporate America.   The virus impact on financial markets is certainly far from over yet.  We are most certainly headed for a pandemic-related global depression the likes of which are unprecedented in the modern industrial era.

Initially we had thought that it would be the effects of the initial outbreak spreading out from Wuhan on the global supply chain that would cause financial mayhem, given that China is nowadays the world’s manufacturing powerhouse. But the virulence of the  Covid-19 virus in western population centers appears to have overtaken that seen in China, while the populations in most democracies are perhaps less inclined to be corralled in the way the Chinese, used to decades of Communist control, could be.  The Chinese infection figures and death rates are almost certainly hugely understated, but then so are Western figures given that the scarcity of testing in many countries has severely limited the numbers of confirmed cases.  It’s only as more and more people are tested for the virus that the true scale of the outbreak becomes apparent - as President Trump is currently finding out, as will the leaders of many other countries where testing is lagging hugely behind the numbers of likely affected cases.


What of Precious Metals?


Those dependent on industrial demand like platinum, palladium and rhodium will see consumption tail off almost totally as hardly anyone is buying internal combustion engine-driven vehicles at the moment.  Silver won’t fall as steeply – indeed it may even pick up a little – as there remains substantial investment demand despite around 60% of the metal’s consumption being industrial.  Gold may be the savior here but even this could see further weakness as investors need to sell good assets to stay afloat – particularly those who may have bought equities on margin.  But currently the yellow metal seems loath to fall much below $1,500 and has not dropped nearly so far from its recent peak as equities.  Year to date gold is down only around a little over 1%.  Equities are down over 30% and still almost certainly will continue to plunge steeply.  Some well-followed stock market pundits see a fall of as much as 90% in progress.  Others recommend buying the dip, but with virus infection figures seemingly accelerating in North America and Europe, and yet to take hold in vast parts of Africa and Latin America, we’d look towards the negative as being the more likely.  Perhaps not as much as a 90% fall but we could be wrong here.  People confined to their homes will not go out to buy anything apart from food and medicines.  Online purchasing may help but overall retail demand for many goods and services will be decimated.


One thing that could further boost gold and other metals this time around – or at least mitigate further losses – is that gold and silver mining operations are beginning to suffer virus-related closures so there could be growing supply interruptions – particularly for underground mines where the virus could be spread by forced air ventilation systems.  We anticipate base metals mines being even more affected than primary gold and silver producers should industrial demand for their products dry up - and given much gold and silver is produced globally as a by-product of such operations then that could be a further element in a reduction of key gold and silver supplies.

Many platinum mines, producing palladium as their secondary product, are also underground operations and these too could be adversely affected by virus-related closures.  But then they are also likely to be hit by a huge drop in demand from the motor manufacturing industry, their primary market, and hence could suffer a big further fall in prices as their market fundamentals are affected accordingly.  Platinum, which has a fair demand element in the jewelry sector may be less affected percentage-wise than palladium or rhodium.

The one glimmer of light for the world here is that the coronavirus could see, indeed is already seeing, a huge drop in atmospheric pollution levels to an extent politicians have been unable to see their way to achieving.  Whether this can be sustainable if and when the virus can be brought under control is another matter, of course.


So what is our wealth protection advice?  In the words of Michael Lewitt, ‘buy gold and save yourselves’.  Silver may also see a positive move but its reliance nowadays on industrial demand for the greater part of its consumption may have limited its ‘gold on steroids’ price moves for the foreseeable future.  Don’t rely on pgms to help you here.  The post-coronavirus world is a completely different place than it was before Covid-19 surfaced in Wuhan at the end of 2019.