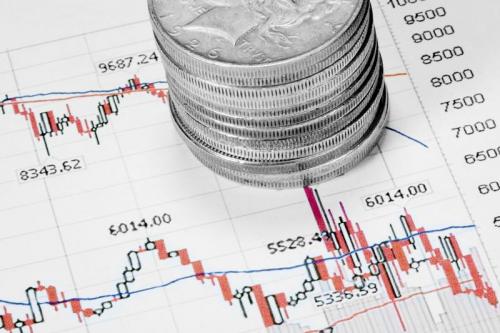 I had already been very aware of a degree of craziness in U.S. equities markets, but the past week has emphasized the point hugely. The various stay-at-home virus-control policies appear to have opened the investment floodgates for a new breed of home-based day traders who treat standard equity investment practices with a degree of disdain and are thus creating unprecedented mayhem in the markets.

For many new investors, seduced by enormous gains in the most unlikely stocks and boosted by social media tips, it will likely all eventually end in tears because of an enormous market crash (but only after some huge profits have been made in the interim). The current activity may well also bring down some big names among short selling hedge funds in the process. And there could be more to come yet, as this new breed of day traders tries to replicate their anti-establishment successes in other financial market sectors – indeed, this may already be happening.

Equities markets are unlikely to defy gravity for too long, and investment professionals, no doubt aided by regulators, will eventually wrest control from the newcomers – but how long will it take for that to happen? That is the question facing markets, which have seen some unprecedented stock valuation rises, despite what has probably been the biggest hit to the U.S. economy since the 1930s. There could thus be even more to come in market mayhem before there is any return to what might be considered normality.

The GameStop effect has seen the targeting of short sellers via some bold, apparently social media-inspired, activities in the markets. The influx of new armchair investors and traders, aided by the current low interest rate financial environment and advice freely given on social media sites like Reddit, has led to massive growth in the use of no-cost online trading platforms like Robinhood in addition to an increase in the purported targeting of established hedge funds that are traditionally behind much of the market’s serious short selling activity. The price surge of some heavily shorted, and usually extremely low-priced, stocks has caused the automation-geared algorithms used by hedge funds to stop potential trading losses to kick in and implement protective buying to cover their now vulnerable positions. Such jarring swings in buying patterns can trigger huge price shifts – particularly on low-priced stocks – which, in turn, can create even more frenzied stop-loss buying and selling activity, and even more price increases, as a result.

Such recent stock market disruptions raise the question as to whether or not similar activity is now being applied to the precious metals sector – notably to gold and silver, where there are some enormous, short positions held at the current time. Silver would seem to be a particularly strong target for such activity, given its relatively low price and the huge shorts instituted by some unknown (so far) financial entities that would appear to be very vulnerable to massive losses, should prices rise (which they have started to do already). This could take the form of buying silver bullion, which would force investors to add bars and coins to their physical silver inventories, or more likely, buying the big silver ETFs like SLV, which are much more readily traded via the low-cost internet investment platforms.

Indeed, such an option seems to have already occurred to some players who are promoting the kind of activity seen with the GameStop stock saga and others of the same ilk – indeed Robinhood suspended trade in SLV on Friday in a move that was said to be a result of pressure from some of the site’s financial backers. However, this has since been denied, and silver, in particular, has been surging in early trading this morning in Europe and overnight in Asia. The big question is whether this type of activity can be sustained once the U.S. markets open.
To an extent, targeting the short sellers would seem to appeal particularly strongly to this new breed of mostly younger investors who may see shorting stocks in order to drive prices down as an inherently immoral activity. Unfortunately, it also targets those individual short sellers who use such activity to help expose companies they feel have made gains through potentially dubious measures. It would appear to the perhaps unsophisticated investor that all short selling of stocks is entirely profit-related and counter to the way markets should be conducted. If it benefits them and helps bring down the “fat cat” hedge funds, so much the better. But these types of situations can, perhaps unexpectedly, turn unsuspecting and perhaps ancillary participants into collateral damage.

Maybe the fault lines in investment markets should be attributed to lax regulation coupled with easy and low-cost money that is made available by central bank policies. This “easy money” always seems to work in favor of the haves, rather than of the have-nots, which, in the case of GameStop, may be represented by the new, younger, and often, more altruistic social media-driven investors. Will equity market investment ever be the same in the future?

In theory, the disconnect in the equities markets should be a positive for the safe haven aspects of gold and silver in any case. As such, if this advantage is exacerbated by GameStop-type trading activity targeting short positions that seem to have been suppressing prices, it has to be considered a more than welcome bonus for the investor in such stock. Investors would, in any case, seem to be well-advised to hold some precious metals against what looks to be an inevitable forthcoming meltdown in the equities markets – that is, if the traditional equities pattern will ever get back to what market professionals might consider normal activity. With the potential for short sellers in the precious metals markets to be targeted, in the same way as the GameStop short sellers, a precious metals holding could end up being a remarkably good investment opportunity, if one makes sure to get out before any resultant bubble bursts.

Certainly, there is now the chance that massive short selling of vulnerable stocks by hedge funds may become much more circumspect. Similarly, if the GameStop-type investment pattern appears in the precious metals sector, as may already be the case, and targets the big short sellers accordingly, we could start to see a market allowed to find its own level, at long last. This would be at the expense of the massive short sellers in the futures markets who have, in effect, been successful in suppressing price rises, and who may need to try and protect themselves from the kind of upwards price movement that would put their very existence in financial peril. What those levels might be remains uncertain. But, if activity of this type does occur, there could be some massive, if perhaps only temporary, gains in the prices of some precious metals – silver in particular, given it is both the lowest-priced and perhaps the most vulnerable to this kind of activity.

The market players and manipulators in the equities sector are not usually the same ones active in precious metals. Thus, there is a good chance that, given activities to curb their impact on equity short sellers, the stay-at-home investors might already be switching their focus to alternative markets - like those in silver and gold, in particular.

Nevertheless, we still feel a major equity market crash is imminent, given that, some day, the true magnitude of the pandemic-related global economic downturn will impinge on general investment consciousness. This eventual realization could have both positive and negative effects on precious metals prices, regardless of any activity targeting short sellers.

The tendency in a major equity market correction, the like of which we are anticipating, is to see something of a sell-off in strong assets (like precious metals) in order to compensate for losses in weaker ones, too. Even for investors with relatively short memories, the equity sell-off in late 2008 saw this happen, with the gold price initially falling back sharply, too. But, while equities continued to weaken well into the following year, the gold price had bounced back to recover all its losses within a couple of months, and then went on to new dollar highs over the following three years. Silver took rather longer to recover its early losses – about 9 months - but then surged more quickly and even more steeply than before, although it later ran into a brick wall and collapsed to levels from which it has taken a long time to recover. Market shifts could all play out similarly again, but this time around, silver may start from a much higher point, if the latest activity in the market is indeed sustained.