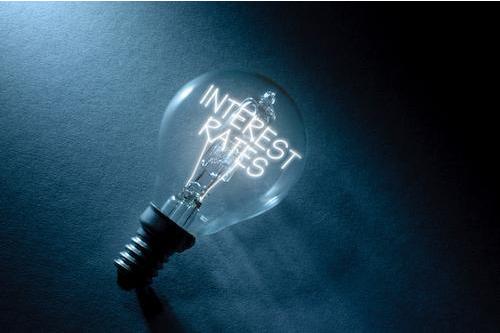 This week’s FOMC meeting deliberations, outcome and analysis thereof is likely to set gold and silver’s short term price patterns.  Any suggestion that possible countermeasures to combat inflationary threats may be even talked about will likely move the markets and with some latest data suggesting that real world inflation (the CPI - Consumer Price Index)  is running at an annual rate of some 4-5% in the U.S., it does seem likely that the matter will at the least come under discussion.  However, the Fed’s preferred inflation measure, the PCE (Personal Consumption Expenditure) rate remains somewhat below this level, although has probably risen above 3% over the past couple of months.

What should be realized though is that the Fed seems willing to allow above-target inflation without altering its ultra-low interest rate plus significant QE policies as the best means of returning to pre-pandemic employment levels.  Almost 80% of the current inflation rate is seen as arising from ‘transitory’ – a Fed buzz word – items like used car prices, airfares, hotel room rates, restaurant meal prices, etc. playing catch-up as the economy recovers from depressed Covid-related levels.   The Fed thus anticipates that these will only generate short term inflationary pressures and it will likely remain unmoved in its overall policy decisions.

An above-Fed-target PCE inflation rate has been suggested to be negative for gold and other precious metals as, if the Fed does raise interest rates to counter inflationary trends, that could lead to a stronger dollar and, as a result, a weaker gold price.  However, we doubt that the Fed will change its policy and the reverse would probably be the case.  Higher inflation, coupled with continuing ultra-low interest rates is positive for gold given that higher negative real interest rates make non-interest bearing gold more competitive against other asset classes.

We have been beating this particular drum for some time now, and so far Fed chair Jay Powell has been adamant in his statements that interest rates will be kept at their current level and the latest positive employment data will almost certainly lead to his standing firm on this policy.  The Fed’s oft-stated priority is to get unemployment back to its pre-pandemic level and it looks on track to do so, albeit probably not until some time next year, and rising interest rates, even by a tiny amount, could be seen as a potential interruption to this goal.

So where does that leave gold and silver’s price path?

Trade today (Tuesday) has seen continuing gold price weakness  But if we are correct in our assumptions that there will be no indication that the Fed will raise rates, either now or in the foreseeable future, we suspect there is a good chance of the gold price returning to challenge the $1,900 level again and silver back to $28 plus.  That would put us back on track for $2,000 gold later this year, which ties in nicely with our year-end prediction of a $2,225 gold price.

Of course, the ensuing Fed statement on the discussions will be pored over by market analysts for even the slightest hint that it will start tapering sooner than it has been predicting so far.  Fedspeak is usually pretty non-committal on prospective policy changes and we suspect that that will be the case on Wednesday when Powell releases his post-meeting statement.  That will not stop speculation which will then hangover until the official meeting minutes are released in around three week’s time, or even to the Jackson Hole policy symposium which is due in late August.  By that time there will be new CPI and PCE data to work with which will give a better understanding of the true post-Covid inflation trends facing the U.S. and global economies.