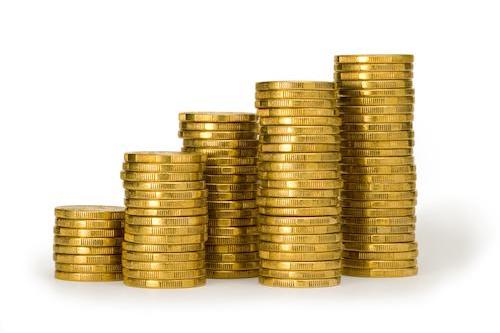 The latest Federal Open Market Committee (FOMC) meeting has come and gone, so what have we learnt from it regarding the state of the U.S. economy, bond purchase tapering, and timing for raising interest rates?   The answer is, not a lot that we didn’t know already.  Subsequent statements on what actually occurred and any decisions made during or as a result of the meeting were somewhat opaque, as is usually the case with post-FOMC meeting releases.

U.S. economic growth appears to be going much as the Fed expected, but there are still uncertainty factors that could yet change the course of events.  The timetable for the commencement of tapering has not yet been decided but will likely be “soon” – probably this year, if other political and economic considerations don’t need to be taken into account.  Interest rate rises will almost certainly not commence this year. Furthermore, participants’ views remain mixed on any likely timetable thereof, although raising rates could start sometime next year, or, perhaps more likely, in 2023 or 2024.  Whether the interest rate increase, when it is implemented, will start at 25 basis points or higher also remains uncertain.

There was little indication of any significant acceleration in the proposed tapering or interest rate programs beyond what had been indicated previously.  Thus, it seems somewhat surprising that the initial market reaction was the gold price falling several dollars when the post-meeting statements were released.  The gold price tumbles were further exacerbated a day later.  Indeed, there would seem to be continuing uncertainty over the timing of any U.S. economic recovery, and thus, a lack of any new definitive timetable on a program of unwinding of the Fed’s measures to date, which should perhaps have had the opposite effect on gold.  The outcome should have, in this writer’s view, indicated a stronger gold price rather than a weaker one, but the markets so far seem to have disagreed.

There are longer-term worries, too, about the level of U.S. debt, which seems to be ever rising (although, not yet necessarily having significant impact on the strength, or otherwise, of the U.S. dollar vis-`a-vis other key currencies around the world).  Congress will shortly have to vote to allow for an extension of the “debt ceiling,” otherwise, the U.S. government will run out of money to pay for some, if not all, already approved government funded expenditures. Such expenditures include social security payments, Medicare reimbursements, tax refunds, armed services wages or other government financed services, and salary commitments.

The need to increase the statutory “debt ceiling” seems to be a periodic occurrence and is usually settled after a degree of “horse trading” between various political entities.  These often seem to be tied to certain partisan budgetary agendas on which Congress and the White House may be at odds.

The Treasury estimates that the ceiling needs to be raised by at least around $6.5 trillion just to enable the government to meet its already-spent obligations.  A subsequent debt default if a ceiling raise is not approved would likely completely (albeit temporarily) derail any U.S. economic recovery experienced to date and lead to an increase in unemployment – factors on which the Fed’s ongoing forecasts, and its proposed solutions, rely.

Raising the “debt ceiling” is invariably a contentious issue with congressional Republicans, who are seemingly opposed to continuing government spending increases, while congressional Democrats appear more amenable to the practice, at least as the rhetoric and behaviors on display throughout the current conversations would imply. But a large part of this, in this case, is political maneuvering to try and apportion the blame for what tends to be an unpopular move with the general public (unpopular at least until one starts digging into more nuanced views of the matter).  On this occasion, it would appear to be the Republicans holding the advantage, as an apparent way out of the current impasse and path to avoiding even a partial governmental debt default would be for the Democrats to incorporate the proposals of raising the debt ceiling into its forthcoming budget, which it could then force through the Senate.  With mid-term elections coming up and the “blame game” perhaps playing an important part, this probably couldn’t have come at a worse time for President Biden and the Democratic Party.

The debt limit has been regularly increased, or on occasion, suspended, since it was first introduced in 1917.  It was again suspended a couple of years ago, but this suspension ended in August 2021 and the Treasury has been meeting its commitments since through “special measures.” U.S. Treasury Secretary Janet Yellen has pointed out in a recent Wall Street Journal opinion piece that a failure to raise the ceiling, and as a result, force the government to default on some of its debts, “would produce widespread economic catastrophe .”

According to Secretary Yellen, the country has never defaulted on its debt before and she was "confident" that the issue would be solved.  However, she also commented that failing to do so would lead to "a historic financial crisis" resulting in "billions of dollars of growth and millions of jobs lost."

"We are finally emerging from the pandemic crisis. Let's not plunge ourselves into a financial one," reads the sub-headline on her opinion piece. She notes later in the article that "Congress has raised or suspended the country's debt ceiling about 80 times since 1960. Now it must do so again. If not, sometime in October—it is impossible to predict precisely when—the Treasury Department's cash balance will fall to an insufficient level, and the federal government will be unable to pay its bills."

"In a matter of days, millions of Americans could be strapped for cash. We could see indefinite delays in critical payments. Nearly 50 million seniors could stop receiving Social Security checks for a time. Troops could go unpaid. Millions of families who rely on the monthly child tax credit could see delays. America, in short, would default on its obligations," Yellen went on to note.

It thus looks as if it is in everyone’s best interest for the current impasse to be resolved before the Treasury finally runs out of money to meet its financial obligations. The longer the arguments over raising the ceiling continue without an agreed upon solution, the more serious the implied impact will be, and financial nervousness will increase.

Gold tends to thrive on uncertainty as the ultimate safe haven and could well benefit accordingly in the meantime. A continued impasse could lead to a diminution of confidence in the dollar and a consequent boost to the gold price from a declining greenback.   But, as in the past, U.S. legislators are likely to pull back from the brink and reach some kind of settlement within the next few days – the only question then remaining being how the “blame game” will play out and what its potential impact on the mid-term elections may be.

All in all, these U.S. internal political uncertainties could result in a stronger gold price going forward.  The recent pattern has been for the yellow metal’s price to rise in European trade, but then to be brought down sharply when U.S. markets open.  In the latest instance on Friday, the continued debt ceiling impasse also is seen as contributing to a fall in the dollar index, which would normally be positive for gold. But the latter also fell back despite this, before making a partial recovery late in the day.

Uncertainty reigns and it is thus extremely difficult to try and predict how precious metals prices might move in the short term.  This writer is positively inclined on this, at least as far as the ongoing gold price is concerned. Silver + PGMs should thus have a closer price relationship to the general economy, where the level of continuing growth remains a little uncertain, given the continuing spread of the Delta variant of the coronavirus and the ongoing debt ceiling impasse.  This week, all this could impact gold (positively) and equity prices (negatively) if the debt ceiling impasse is not solved.  By how much is likely dependent on whether a rapid solution is perceived achievable by the markets.  By the time you read this article, matters may already be a little clearer, but if not, look out for volatility in both precious metals and equities.