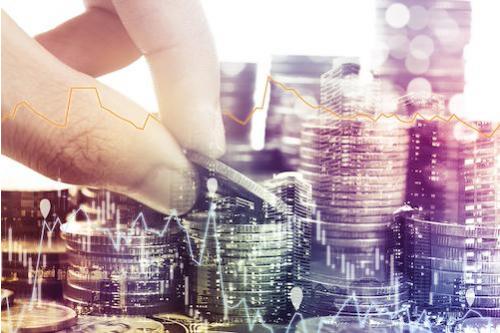 According to the worldometers.com website, the USA has passed the unwelcome statistic of being the first nation to report over 1 million deaths due to the coronavirus pandemic.

The slightly more conservative Johns Hopkins University coronavirus data puts the latest figure at over 975,000 deaths. Still, even it will see the figure rise to the one million-plus mark over the next week or so at the current rate of increase. With new daily infections still at a high level, although somewhat lower than they were a couple of weeks back, the adverse economic effects of the pandemic will likely remain with us for some time to come. If a new variant takes hold, these figures will undoubtedly increase again.

This is all something of an indictment on a still prominent resistance to vaccination and other virus mitigation measures across parts of the U.S.

Certainly, vaccination does appear to reduce the severity of the virus infection and cuts the death rate, even if it has not necessarily been effective in stopping infections altogether.

Many countries around the world are correspondingly upping their vaccination programs with third, fourth, and even fifth vaccine dosage administration (boosters) accordingly and there is evidence of global infection and deaths coming down as a result, although worryingly cases do seem to be rising almost exponentially in some countries which had appeared to have brought virus incidence under control – notably Germany, France, the U.K., Italy, the Netherlands, South Korea, Vietnam, Australia and Japan. How much longer before the U.S. is subject to similar increases again? The virus spread could remain with us for many months, if not years, to come. It also looks as if we will also need annual vaccination programs. We do this in regular seasonal ‘flu to keep infections in check.

The economic impact has not been all bad – there are always winners and losers from events like this. But the economy has undoubtedly been going through a resultant transformation.

The growth of business conducted now in cyberspace has been a major beneficiary, which begs the question of how well we might have fared if this had all happened only a few years ago before virtually everyone had online access.

But one of the knock-on effects of the virus incidence, and partial recovery from there, has been the huge increase in inflation as companies try to recover from some of the earnings downturns suffered because of the pandemic. It had been anticipated that this inflationary trend would start to come down as the effects were gradually brought under control. The U.S. Fed, for example, had described the inflationary pressures as being ‘transitory’ until it became apparent that matters would continue to worsen before they begin to get better, given pressures on wages and prices due to supply-chain difficulties. And now, of course, prices are suffering further upwards pressures due to the Russian attack on Ukraine and the imposition of stringent economic sanctions on the former.

One might think that the U.S., with its massive and growing domestic economy and its self-sufficiency in many global commodities in the energy and base metals sectors, would be largely unaffected by the sanctions which are being imposed on Russia. It might have been expected that the U.S. economy would be better able to withstand some of these inflationary pressures than some other nations – notably in continental Europe, which is enormously dependent on supplies of Russian natural gas and oil. But we live nowadays in a global marketplace and a rise in prices in any other part of the world has an impact also in countries like the USA which might consider itself insulated from some of these problems.

U.S. consumers are already suffering from a huge increase in energy prices, despite apparent self-sufficiency in oil and gas, as potential interruptions to Russian supplies drive up world prices (Russia is the world’s second or third-largest oil and gas producer and exporter). It is also No.1 in production of palladium -a vital metal in today’s automobile sector, No, 2 in platinum and gold, No.3 in nickel and aluminum, and a massive producer of many other metals and minerals, fertilizers and foodstuffs. Any output restrictions on any of these, whether through sanctions or Russia limiting supplies on its own. Even the threat thereof will have an enormous impact on global prices – as indeed it already is so doing.

As for asset investment to protect one’s wealth against the ravages of inflation, some traditional remedies tend to be largely ineffective – at least in short to medium term. Inflation automatically leads to a direct deterioration in the purchasing power of cash, while fixed interest solutions tend to be equally inadequate due to real interest rates being distinctly negative. Equities can crash in value because of an inflation-induced recession. However, investment in precious metals and associated stocks tend to be a better bet.

Gold, for example, tends to hold its value relatively well through periods of inflation and usually shows some additional strength. At the same time, gold stocks tend to benefit from an improvement in the metal price and can also benefit from better earnings and, potentially, from higher dividends. Inflation does, of course, eat into profits over time, though, so gains may be limited in duration unless prices continue to rise to compensate – which we suspect they will. Therefore, on balance, it is probably a better choice to at least hold a sizeable part of one’s wealth in gold in particular. It has a far better chance of at least retaining its value even if the rest of the economy crashes around you.