Mixed Messages From FOMC but All Asset Classes Up 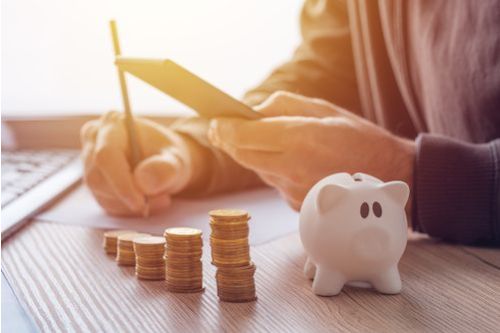 Mixed Messages From FOMC but All Asset Classes Up

The FOMC has made its decisions, and Fed chair Jerome Powell has expressed his somewhat contradictory opinions on the current state of the U.S. economy, and all seems to be well with the investment world! Gold, silver, equities, and bitcoin rose sharply in the aftermath of the meeting and the press conference. The Fed seems to be everything to everyone – at least in theory.

Despite President Biden and Fed chair Jerome Powell averring publicly that the U.S. was not actually in a recession, official figures which came out on Thursday suggest that, at least technically, the U.S. is already in one as defined as two successive quarters of negative GDP growth. Advance Q2 GDP came in at -0.9% following Q1's -1.4% confirmed contraction. The markets seem to have shrugged this off as irrelevant – probably a dangerous assumption to make, particularly concerning equities and quite probably for bitcoin.

Consider the two people making these relatively positive statements about the U.S. economy. President Biden will have had one eye on the forthcoming midterm elections. Any confirmation that the U.S. economy is indeed in trouble may convince the U.S. electorate that the current Administration is not following the right path – not that the alternative option would have fared any better given that many of the events leading up to the current high inflation levels and the corresponding recessionary pressures are totally outside any U.S. government's control.
Rises and falls in equities markets are the most visible signs of the state of the economy. Any help in making these appear favorable must be beneficial in terms of general perception. From Powell's perspective, he has been preaching a soft landing from the Fed's high-interest rate raising and tightening policies and convincing the public that this is the case would be an essential part of this particular scenario.

The big flaw in the argument is that ultimately equity prices are dependent on underlying corporate financial performance and high inflation and a recessionary trend will eat into this big time – particularly where discretionary expenditure is concerned. We already see substantial revenue downturns for previously high-flying companies like Netflix and Meta (Facebook) as people cut back on expenditures they no longer feel may be necessary or can be delayed. As this filters through the general markets, we could see a significant overall market collapse. No doubt, some equities will not be as severely affected as others. Still, some companies, which may well have breathed a sigh of relief at having survived the Covid downturn, but perhaps in a weakened state, may not survive a general spending downturn too.

Gold, and to a certain extent silver, tend to thrive on adversity afflicting other sectors. They are thus far less prone to recession-related downturns being seen as potential wealth preservers, particularly in the face of a declining dollar index which could fall back should the U.S. economy be seen as weakening.

Gold, in particular, is often adversely affected by a rising dollar and benefits from a falling greenback, although this is not always the case. Indeed post the FOMC meeting, both rose in tandem, although the dollar has slipped back over the past day, which may have contributed to gold and silver's continuing rises.

While gold's path is sometimes a little more predictable, although that has not necessarily been the case of late, silver tends to be far more uncertain. True, the silver price has followed gold up and down over the years, often showing rather more volatility. It is perhaps less of a true monetary metal nowadays, with a much bigger demand dependent on the industrial sector.
It has particularly important usage in the electrical, photo-electric and medical sectors, its traditional usage in jewelry, and a declining use in photography. However, this remains a vital demand sector – particularly in x-ray photography.

Silver demand is thus more affected by general economic factors than gold. Platinum, palladium and rhodium are very much in the industrial sector and probably should no longer be classified alongside gold and silver as their demand patterns are almost wholly dependent on non-monetary and much more limited jewelry applications. All three metals are dominated by automobile sector demand – palladium and rhodium- particularly in mass-market light vehicles. This demand level has to be particularly vulnerable to recession and palladium and rhodium demand is also very likely to be affected longer term to a switch to electric-powered vehicles, which may well be accelerated by the recent hugely apparent climate-change impacts on weather patterns. My long-term views on palladium prices are thus colored accordingly, although short-term supply shortfalls may keep prices elevated.

The writer's take-away from the post-FOMC price action is thus to be wary that equities may not hold up the more the recessionary trend becomes apparent. Gold should continue to maintain its price and move upwards, and silver will probably follow suit, although it may stick to its tendency to be somewhat more volatile than its yellow sibling. As for bitcoin – who knows? It has too many dubious associations for one to be entirely confident that it won't come crashing down again should yet another scandal affecting a significant player come to the fore. Pgms may remain volatile, but if a recession becomes more apparent, there could be some inherent price weakness, with palladium particularly vulnerable to heavy falls.