Watch the Gold: Silver and PGM Ratios for Investment Guidance 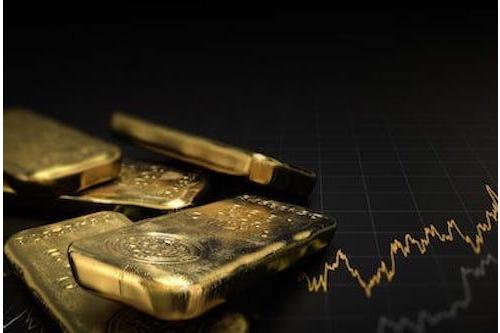 Watch the Gold: Silver and PGM Ratios for Investment Guidance

Some investors pay particular attention to the various precious metals ratios as a guide to where they should perhaps put their faith – and money. Over the long term, guidance thus gleaned has probably been worthwhile, but sometimes, considerable patience may be needed to reap the potential rewards. Meanwhile, the status of the principal precious metals, apart from gold, has changed in terms of supply-and-demand fundamentals, which, in our opinion, invalidates some of the long-held beliefs regarding ratio price guidance.

Pride of place among these ratios has to be the Gold:Silver ratio (GSR), which is currently hovering around the 71 or 72 level. (The lower the GSR, the better the silver price vis-à-vis gold). The more fanatical silver bulls who follow this ratio as a guide to where they think the silver price will end up will tell you that the ratio could come down to around 16, which they see as the historical norm. At the current gold price, this would put silver at well above $100 an ounce, representing a huge gain. But things have changed in the rating of silver, which the out-and-out silver bulls seem to prefer to ignore.

Silver, in reality, should no longer be described as a monetary metal, given it is no longer a part of the real coinage system anywhere in the world. Vestiges of its monetary association do persist, however, in the minting of specialty silver coins by some mints; but in reality, these coins tend to be purchased as an easy way of holding silver bullion, as they tend to be priced based on the weight of pure silver contained, rather than on a coinage face value. The most relevant factor in silver supply-and-demand fundamentals today should be industrial usage - silver is currently very much an industrial metal, although the markets still treat it as some kind of hybrid precious-industrial counter.

The silver price’s ties to the gold price persist to a greater or lesser extent, though, despite the fact that probably over 60% of silver consumption nowadays is industrial demand-related. One only has to look at the Kitco daily price charts for gold and silver to see the still-close price relationship. Most frequently, the gold and silver daily price charts replicate one another in terms of size of movement (in percentage terms) and timings of intra-day price changes. However, there do sometimes tend to be longer-term discrepancies between the prices of these two major precious metals in terms of investor interest, as we saw earlier in 2020 when the GSR barreled out to over 120 – a buy signal for silver, if ever there were one.

Over the past twenty years or so, the GSR has tended to move in a range of between the high-30s and the low-80s, so the move up to the 120s was a real outlier – although, in retrospect, the downwards spike into the 30s in 2011 was equally a major outlier. If we take out these two anomalies, the GSR has tended to settle between a low of the upper-40s and a high of the lower-80s, although recently, it has mostly favored the higher levels. The 20-year average for the GSR is just over 66, according to an interactive chart from the Denver Gold Group. This group also publishes charts for the other precious metals ratios covered below.

As a guide to which precious metal to invest in, it used to be said that if the GSR dropped to 40 or below, one should invest in gold. Conversely, at a GSR of 80 or above, silver would be the better investment choice. We would suggest that this investment guidance range has narrowed somewhat and now, a GSR of below around 55 favors investing in gold, while a GSR of 70 or above favors silver. On this basis, silver is perhaps the better investment choice at the current GSR, but perhaps only marginally so. But, as always with silver, pricing can sometimes disappoint substantially, as evidenced by the blowout of the GSR to 120-plus in March 2020. Gold always remains the safer bet, while silver is almost always more the gambler’s choice.

If one is looking at ratios, then one should probably look, too, at the Gold:Platinum ratio (GPR) and the Platinum:Palladium ratio (PPR). As with the GSR, both are currently hugely out of line with historical precedent, which trend followers would see as at least a long-term buying signal for one or other of the metals.Although, again, both platinum and palladium are also very much almost totally in the industrial demand sector and thus, should perhaps be looked upon as being far more subject to traditional metal commodity supply-and-demand fundamentals, rather than to those of true precious metals.

Historically, platinum has tended to be a more expensive metal than gold, albeit often by a comparatively small percentage. The reverse is true at the moment, with platinum lagging gold quite substantially, despite the huge discrepancy in gold’s favor at the comparative annual production levels. What are the chances of the former catching the latter up and restoring the historic balance? In the short and medium term, not very good, we would think, but in the long term, recent platinum price movement suggests that the balance might be moving more in platinum’s favor than it has for some time now.

Much will depend, though, on industrial demand moving forward. Global platinum production had been in substantial surplus up until 2020, but the latest figures suggest there may have been a big supply deficit in 2020 due to some serious mining supply and refining disruptions. According to the latest estimates from the World Platinum Investment Council (WPIC), there could still be a deficit in 2021, albeit a much smaller one. This continued deficit could be exacerbated by further supply disruptions in South Africa – the world’s largest producer, by far – which is seeing a particularly high COVID-19 virus pandemic infection rate, which, in turn, could impact new mining production throughout the year. Much will also depend on whether the now much cheaper platinum may start to usurp some of its sister metal, palladium’s, current dominance of the global market for gasoline engine exhaust emission control catalysts – see our comments on the PPR below. The current GPR is around the 1.8 level – double the average of the last 20 years. Indeed, it has been as high as around 2.5 as recently as mid-March 2020 – a good buying signal, in retrospect.

On the basis of the above, perhaps we should look at similar investment guidelines for the GPR as for the GSR. So, in the case of platinum, we would suggest, at a GPR of say 1.5 or higher, one should consider investing in platinum. At a GPR of 1.0 or lower, gold may be the better bet. However, one should bear in mind that platinum is also very much an industrial metal. Going forward, demand should rise as global economies begin to get back to normal – and if platinum, at its newer heavy price discount to palladium, begins to eat into the latter’s prime market, then a platinum price recovery could happen far quicker than would have been suggested only a few short months ago. The question is, is the current price differential sufficiently large to justify a fabricating switch, given that, if this were to happen, the price differential might quickly reverse?

That now brings us to the third price ratio we are looking at – the PPR – or Platinum:Palladium Ratio. For most of the past 20 years, platinum has been substantially more expensive than palladium, but for the past three years, the reverse has been true. The current ratio is around 0.45, but just over 10 years ago, the ratio was over 5 – thus, more than 10 times higher than it is now. The average ratio over the past 20 years is 2.43. This is not the first time that palladium has been more expensive than platinum – it happened between 1999 and 2001 for example, although not to the disparity extent seen in the past couple of years – but such occasions have been rare.
Palladium has actually been in strong - and increasing - demand since around mid-2009, when it emerged to challenge platinum’s role as the primary catalytic metal in internal combustion engine emissions control.Since then, its demand levels have gone from strength to strength, as has the metal’s price. As increasing environmental controls have been implemented, palladium loadings in the exhaust control units have increased, stretching the supply-and-demand balance even more. As demand increased, to the extent that there was something of a supply deficit developing, the palladium price initially overtook that of platinum in late 2017 and has hardly looked back since, as the production deficit has widened substantially. In 2020, the average PPR had been around 0.4, although in the past month, we have seen a bit of a recovery in platinum, which has regained a small amount of its ground compared with its sister metal.

With platinum now sitting at less than half the price of palladium, there has been considerable speculation that the former may start to eat into the latter’s dominance in the huge emissions control exhaust catalyst market for gasoline-driven engines. However, there has been so much research and development into the successful usage of palladium as the currently preferred catalytic metal for exhaust emissions control that it is likely to take time for platinum to catch up. But palladium’s time in the sun is likely to be limited anyway, as electric vehicles (EVs) begin to dominate the light vehicle market. EVs do not utilize palladium, although hybrids do, but the advent of EV dominance may not be for several years yet.

Even so, we suspect that platinum may yet make further inroads into pgm price differentials, although it may take several years yet for the old price correlation to return. On this basis, we would suggest that at a PPR of 0.5 or lower, one should perhaps choose platinum over palladium as the better investment. However, we don’t see any long-term light at the end of the tunnel for palladium unless a significant new usage is found. Even so, it may take a couple of decades, at least, for palladium to be phased out of the auto catalyst market completely, and with palladium supplies remaining tight, prices could well hold up over this period. Nevertheless, platinum making inroads into the gasoline engine auto catalyst market could be something of a game changer, so watch out for any concrete news on that front, and time your investing in platinum and palladium accordingly.