War Is Bad for Business but Inflation Is Even Worse 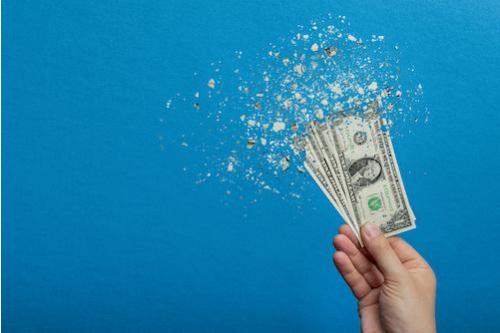 War Is Bad for Business but Inflation Is Even Worse

I have taken the title for this article from the concluding sentence from the latest edition of Michael Lewitt’s excellent The Credit Strategist monthly newsletter.

While media and global geopolitical analysis is currently dominated by the absolutely horrendous, and to us, totally unjustifiable, Russian invasion of Ukraine, Lewitt’s message is that it is actually the rise in inflation which presents the biggest challenge to Society and investment as we know it.  Whatever the final outcome of the Russian aggression may be, it is essentially likely to be temporary in duration, while the current inflationary trends, fuelled as they are by central bank moves to regulate our financial futures, as well as sanctions on Russia, may be relevant over a far longer time scale.

One could be forgiven for assuming that the Russian invasion of Ukraine would be the major long term influence on precious metals prices, particularly given the huge price spikes experienced in the markets once the fact that Russia was launching a full-scale assault became apparent.  This has all been exacerbated, perhaps for the long term, by the apparent impact of Western sanctions on the Russian domestic and global economies, not least because the Russian Federation is one of the world’s largest producers of all the major precious metals.

While precious metals prices have mostly gained substantially on fears that the stricter sanctions regime might cut them off from the world market, gains in price have not been consistent, particularly for gold, indicating that the markets remain unsure of the overall long term impact.  The fact that the Russian central bank is to resume gold purchases, thus soaking up a considerable proportion of annual Russian supply, will also have reduced pressure on prices.  In some respects, as with the Covid virus pandemic, there will be both winning and losing sectors of the economy from the ongoing effects of the military conflict in Europe.  But overall I believe that the world will eventually adjust to any adverse supply issues, although they will undoubtedly affect prices positively for some metal and non-metal commodities in the short to medium term.

Inflation though, could well constitute a much more severe, and longer lasting, problem for the global economy and this has been additionally fuelled in the short term by the Russian sanctions. These, if they stay in place over a long period of time, as seems likely, will continue to affect inflation rates for months, if not years, to come.

It is probably the traditional remedies for controlling high inflation which potentially present the biggest problems for business.  The usual approach is to increase interest base rates, perhaps sharply, but global central banks have painted themselves into a corner here.  They have driven interest rates so low (in some cases to negative levels) that any rate rise that they may wish to implement will be pretty much inconsequential with regard to putting a quick stop to rising inflation.

If central banks raise interest rates fast enough to have any effect at all on the inflation rate there is the huge risk of bringing any economic recovery from the virus pandemic to a grinding halt, or perhaps even more likely tipping the economy into sharp reverse.  In other words this could well trigger a recession for which the impact could be severe.

The US central bank - the Federal Reserve or the Fed - is the most visible in this globally and other central banks will likely follow its lead.  It is due to start raising rates this month and expectations for the likely level of increase have already been scaled back from perhaps an initial 50 basis point rise in rates to 25 basis points, with perhaps four more 25 basis point interest rate rises this year and a similar number next.  But US inflation is now running, according to the latest Consumer Price Index (CPI) figures, at an official 7.9% and almost certainly rising, given the latest figures will have been compiled before the Russia/Ukraine war will have started to have an impact (some would put the real rate at at least double this level).  The actual effect of Fed rate rises on inflation would likely be minimal in the short term, but the effects on business profitability and the equity markets could well be much greater, particularly with other monetary stimulus already having been removed.

Even if the US Fed raises its Federal Funds (base) rate by say 1.5-2% over the full year – the maximum likely – it may have little effect on inflation levels, particularly with energy costs (the major element in current inflation levels) rising so fast, in part due to the global impact of sanctions on Russian oil and gas supplies. As it is for precious metals, the Russian Federation is one of the world’s top producers of oil and natural gas and is a huge exporter of both to continental Europe in particular.  Equities are already fluctuating sharply and on an overall downwards trend, on the prospect of the likely interest rate rises and stimulus removal.  The effects thus seem likely to get worse before they even begin to get better.

And still the annual inflation rate will likely remain hugely in excess of domestic interest rates and therefore contribute to a prolonged period of negative real interest rates (being in effect a decline in the purchasing power of the US dollar).  Dollar purchasing power has already been deteriorating strongly for many years now, and this has been during a period of relatively benign annual inflation.  How much worse will it get in a likely prolonged period of high inflation levels?

Precious metals, and related equities, should be some of the assets which come out ahead in the current situation.  Russia is one of the world’s dominant producers of gold (world’s second largest producer), silver (4th), platinum (2nd) and palladium (1st) so the implementation of more severe sanctions on Russia will almost certainly have a supply and pricing impact on all of these.  But, perhaps more importantly, gold and silver in particular should gain in investment attractiveness from the negative real interest rates arising from high inflation.  That makes them stronger assets to hold when other asset classes – general equities most significantly – turn out to be less attractive and stable investment options.