That Was the Week That Was! 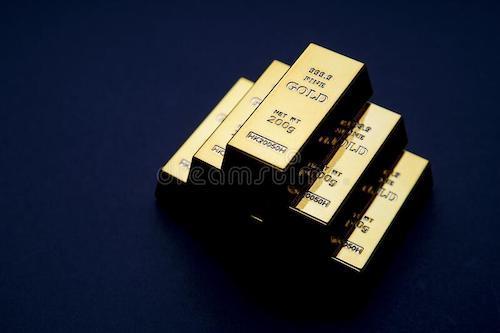 That Was the Week That Was!

No apologies for entitling this article after a seminal British satirical TV Show of the early 1960s, which was something of a game-changer in television’s approach to making fun inter alia of the political establishment – and probably also the inspiration behind America’s Saturday Night Live.  The past week has indeed been a momentous one here in the U.K., with the passing of Prince Philip, Duke of Edinburgh, who had loyally stood by his wife’s side as her mentor and close adviser for over 73 years.  One wonders what Queen Elizabeth will do now that she no longer has her “rock” beside her.  Then, over the weekend, Rachael Blackmore became the first female jockey to win what must be one of the world’s most iconic steeplechases – The Grand National – marking what may be seen as the start of a new era for women in what had previously been seen as a man’s world.

The week also saw a disturbing rise in the COVID-19 infection rate in the U.S. and an absolutely enormous rise in pandemic infections in the world’s second most populous nation, India. All the while, very worrying infection figures continue to be reported from mainland Europe and Latin America.  This has to remind us forcibly that the global pandemic is not done with us yet, with a likely continuing effect on global economies for at least the next year, and possibly longer.  What will all that mean for precious metals?

To be fair, the U.K. events, which are close to this writer’s heart, will have little or no impact on precious metals prices. But the worrying COVID infection rates being currently recorded do raise some serious red flags.  The figures out of India have to be particularly worrying, given the worldwide reach of the Indian diaspora – estimated by the UN to be at least 17.5 million people scattered around the world.  The world’s easily accessible and vast travel sector network can quickly facilitate the spread of an invisible threat like the virus, and now, overall infections and deaths figures seem to be on the rise, yet again, following the easing of virus control measures in a number of countries and U.S. states.  Maybe vaccines will provide the answer to the ongoing pandemic dilemma in countries that have supply stocks and good distribution systems, but much of the world does not have either, which suggests the pandemic will linger on.

The past week also saw gold recover much of its recent lost ground.  It attacked the $1,750 level again – indeed, it broke through it at one time, only for it to be brought back down again – to the $1,730s as I write.  Some observers have likened the situation to the time, nearly a year ago, when gold – then on the way up – also attacked the $1,750 level and then, seemingly decisively, broke through it, rising to a new high within a couple of months.  That demonstrates what can happen to precious metals if momentum moves in their favor.  This could very easily happen again – at least the gold bulls are counting on it to do so.

The $1,700s are now very much the battleground for the precious metals, although the PGMs, and perhaps also silver, remain somewhat on the sidelines.  At the moment, it’s all very much about gold.  The $1,750 level appears to be a serious skirmish point in the ongoing price battle, but the goal for the bears is to bring gold back to below $1,700 and keep it there, and for the bulls to regain $1,800 from whence it should, in theory, advance strongly again.  This battle is in its early stages and could go on for some time.

The principal reason behind gold’s better performance last week has revolved around the latest interpretation of comments from U.S. Federal Reserve officials, including from Fed Chair Jerome Powell.  These have implied, at the very least, a continuingly cautious approach on interest rate and financial easing policies, and the accompanying belief that, even if interest rates were to rise a little, the Fed would hold its nerve and keep its basic dovish interest rate policy unchanged.  This viewpoint looks to have also helped gold recover from a sharp downturn early on Friday, probably caused by stronger U.S. producer price data, which led to a small rise in 10-year Treasury bond yields, to which gold tends to move inversely.  The dollar index, to which gold also tends to react inversely, also rose a little on Friday after mostly falling during the week.  Gold did thus end the week a few dollars off its peak, but well above its intra-day low point, although it has started the current week on a strongly negative note again.  This is partly put down to profit taking, but that tends to be a temporary phenomenon, so the subsequent path of gold could well see another reversal through the remainder of this week.  We shall see.

There was also some positive news on the demand front.  Latest data out of China and India, the world’s two largest consumers of gold, suggest that Asian demand appears to be on the up again, and with the former seemingly making a strong post-pandemic recovery, there could be even better news to come.  The worrying growth in Indian coronavirus statistics mentioned earlier in this article may mean there will be something of a setback there, though.  The flow of gold and silver out of the world’s precious metal-backed ETFs seems to be slowing down, in addition to some positive news on the central bank demand front, with Hungary, following Poland among the Eastern European nations, announcing that it was boosting its gold reserves.

Meanwhile, one of gold’s most reliable commentators, Vancouver Island-based Martin Murenbeeld, despite lowering his gold forecasts for the quarters ahead, confirmed his long-term bullish view of the gold price.  In his view, he assumes the U.S. government would most certainly prefer higher inflation, capped interest rates, and high nominal economic growth (which reduces debt relative to nominal GDP) over the potential of a massive economic reset involving depressionary conditions and significantly higher unemployment.  Murenbeeld believes avoidance of the latter is also preferable to the Fed.  This ties in with the Fed’s oft-stated rationale of seeking maximum employment (which it equates with a pre-pandemic unemployment rate of around 3.5%, and will thus continue with its low-to-negative interest rate policy to help achieve this.)

This continuing Fed policy is largely, although not hugely, positive for gold, which generally thrives in a low to negative interest rate environment, given that it, itself, is a non-interest-bearing asset.  Higher interest rates on bonds, for example, tend to provide what appears to the investor to be a more-competitive safe haven choice, but effectively, negative rates, when bonds pay interest below the perceived inflation rate (which appears to be Fed policy for the foreseeable future), make a safe haven asset like gold a more attractive investment.

So, the past week could well be the time when gold starts its move back upwards, after a fairly torrid start to the current year.  Its path has been pretty much downwards since the end of 2020, and if the bears continue to wrest control, we could yet see further falls.  However, last week’s activity, with the recovery back to test the $1,750 level, perhaps really does represent the kind of sea change that could have the yellow metal moving positively, for at least the short to medium term.  Whether it can get back to $2,000 this year obviously remains to be seen, but don’t give up hope.