The Advantages of Storing Precious Metals in a Depository 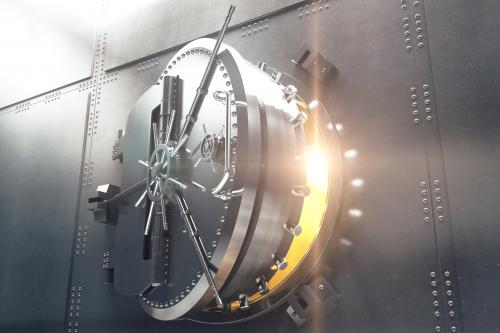 The Advantages of Storing Precious Metals in a Depository

In the last few months, we have learned of two significant discoveries of gold, both of which were stored in a “secret hiding place” and long forgotten about.

In both of these instances, the gold was discovered before those hiding it had an opportunity to either collect it or pass on the information to someone they cared about. As a result, over $4 million in gold coins and bars have been transferred to unwitting new owners, for free. The gold has done a great job of preserving wealth through the years but has become a total loss for the original owners of the gold.

In both cases, gold was hidden during a time of war and great uncertainty but was forever lost to the intended beneficiaries. It is stories like this that make storing your gold in a depository an attractive option.

I know about this all too well, as a 4th generation precious metals owner and connoisseur. Precious metals were owned and stored privately by ancestors on both sides of my family, but one side hid the gold so well, it has never been recovered. This could have been avoided by storing the metals in a secure vault depository and would have been well worth the small fee to provide peace of mind for future generations, along with the wealth preservation these precious metals are known for.


The Stash of Sovereign's Inside A Piano

As WWII was starting up, someone decided to hide 913 British Gold Sovereigns on the inside of their upright piano.

Somehow, the knowledge of this treasure remained hidden from the family and descendants of the original owner(s), and the piano changed hands a few times down through the years. The current owner of the piano hired a tuner to tune the piano, who when repairing some sticky keys, noticed the 13 pounds of gold packages hidden inside the piano.

The disposition of the gold in question is still being decided, but will probably end up being purchased by a museum, with the proceeds split between the piano owner and the tuner who found the coins.


The Bullion Trove Inside A Tank

As the Persian Gulf War was beginning, someone stuffed 60 pounds of bars of gold bullion inside the fuel tank of an Iraqi tank, obviously hoping to retrieve it at some point in time.

Unfortunately for them, they had to abandon the tank before they could recover the treasure, and it fell into allied hands. A military vehicle buff saw the tank up for sale on eBay and purchased it to add to his collection. As he was restoring the tank to its original glory, he stumbled upon the gold while looking for ammunition.

In this case, it is believed to be Kuwaiti sovereign gold that was looted by Iraqi troops, and as such, was turned in to British authorities until a determination is made about what to do with it.


Storing Gold with a Professional

There is an increasing desire among Americans to acquire precious metals directly, and as many gold authorities recommend, to “store it outside of the banking system.”

The bank deposit box has been often considered a safe place to store small amounts of precious metals in the past, but today many are leery of doing so, due to the near insolvency of the banking system, and fears of bank closures for indefinite periods of time.

More and more, people have been wanting to store their metals at home, or in their own “secret hiding place.” But as stories such as these bear witness, storing gold personally without using a professional vault or depository can have disastrous results for the people you are trying to protect.

There are several good reasons to use a professional vault or depository, instead of digging a hole in the ground or using a “safe place” somewhere in your house to store precious metals. With the increased incidence of strange and violent weather patterns, it cannot be assumed that items hidden at home would survive every catastrophic weather event that might occur. For this reason, using an established and insured depository is superior, as many such facilities use underground holding areas.

Just as in not discussing with your family where the “secret hiding place” is can be detrimental to their wealth, so discussing it with too many people can be detrimental to their health. If word gets around that you are storing precious metals at your home, it can invite the wrong type of people to your locale, with the possibility of physical harm coming to you or your loved ones.


Advantages of a Depository

By using a depository service, all you or your family have at home is knowledge of the location and telephone number to the vault, which offers a far less tempting target to those looking for physical metals on your property.

Thieves most likely won’t even attempt to steal gold from a professional depository. If they did and were somehow successful, your family would be made whole financially and would have experienced no physical harm from dangerous thugs who broke into your home looking for your stash.

With the sounds of war beginning to rumble louder and louder, perhaps we can all learn a thing or two from those that have tried to hide gold in a “secret hiding place” during wars of the past. It is potentially a much safer option to consider storing your gold and silver professionally, in non-bank secure storage that is fully insured and somewhere besides where you and your family reside.

While it is unlikely that residents of anywhere except major American cities would be targeted for a possible nuclear strike, it is far more likely that residents anywhere could become the target of a home invasion or robbery, by thieves looking for something quick and valuable to grab. Thieves would be left with little more than a piece of paper with meaningless numbers to them.

Even if at the time of your death family members were unaware of your precious metals investment residing in a professional gold vault, the monthly storage bill would serve as notification. Definitely a better alternative than storing your gold in a piano.