Price of Gold and Russian/Ukraine Tension 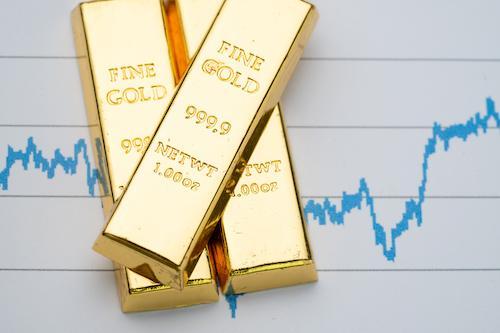 Price of Gold and Russian/Ukraine Tension

The weekend has passed with no full-scale Russian invasion of Ukraine despite ever increasingly strident warnings by Western leaders – notably U.S. President Biden and U.K. Prime Minister Johnson. Media reports also are highly worrisome, suggesting that a decision to invade fully has already been made. Still, so far, there does appear to have only been a Russian incursion into the already separatist-controlled areas on the Russian borders in the east, but whether this constitutes a full-scale war is a matter of semantics.

Certainly, the Russian build-up on Ukraine’s northern borders, in particular, remains ominous according to Western assessments. However, we still think the potential human and economic cost of a full-scale Russian invasion will cause President Putin to draw back from the brink if, that is, he was ever seriously contemplating this kind of military action anyway. There is also no certainty of a Russian victory against a similarly-sized and almost equally well-equipped Ukrainian army ranged against it which may also dissuade the Russian army from entertaining such an invasion against a formidable foe, which would also have the added incentive of protecting its own country’s independence.

But geopolitically, President Putin appears to have outthought the West. The areas he has moved Russian forces into are already controlled by ethnic Russian administrations. As independent states, they would seem to have the right to invite the Russian military in a defensive role. This is only really in doubt as the rest of the world denies their independence, seeing them still as an integral part of Ukraine. But it does give the Russian army a quasi-legitimate role in supporting an ally, even if it is unrecognized. There are certainly parallels with Georgia!

Ukraine is now faced with the problem of possibly taking military action against a hugely well-equipped force to try and regain its lost territories – in which case it could be branded the aggressor by the Russians and perhaps give them the excuse to launch a full-scale attack threatening Kyiv in the north. For the moment, diplomacy is still underway, but it seems unlikely the Russians will give much if any, ground.

One doubts, somehow, that the threat of more stringent economic sanctions will cause President Putin to cut back the border moves either. Russia has been living with the effects of U.S.-initiated economic sanctions for some time now, with little sign yet of a domestic economic collapse. The imposition of even more severe economic strictures may thus be seen as controllable economically and, in effect, could work out to be even more damaging to some European economies, given Russia’s dominance as a major oil and natural gas supplier.

All the existing sanctions seem to have done so far is to enable the reduction of key Russian trade with the West to be replaced by a huge trade build-up with the massive, and ever-growing, Chinese markets - and increasingly stringent economic sanctions will likely only further serve to accelerate this process.

This enforced combination of Russian and Chinese interests will undoubtedly lead to ever-more political co-operation between two of the world’s three superpowers which may even be what President Putin has been aiming for all along. Russian/Chinese political and economical combination of interests has to be a far more worrying threat to U.S. global dominance than just one of these two nations as a military and economic adversary.

But what of the effects on gold and silver? We saw a significant build-up of precious metals prices alongside the growth of European tensions. Overnight gold and silver prices did surge, although, at the time of writing, they have fallen back again, in gold’s case at least, to a little below where they were at the start of the weekend, whether the setback will continue when U.S. markets re-open remains to be seen.

Canadian economic consultancy, Murenbeeld & Co., whose opinions we rank highly, suggests the effects of the Russia/Ukraine tensions may have been responsible for adding as much as $100 to the gold price over the past couple of weeks. We think this might be an overestimate, although the effects will undoubtedly have been significant in particular terms of the gold price.

The corollary of the Murenbeeld view is that the gold price will likely return to its prior levels should the military build-up by the Russian forces be seen to dissipate, but we’re not so sure now. Even if some of the Russian forces return to base, as promised, some significant tension will remain. Nothing will be the same as before. Russia could swiftly re-escalate the situation on Ukraine’s northern border with Belarus if it wishes, as shown by the rapidity of the recent military build-up.

Meanwhile, the worrisome inflationary price movements being seen globally as the Covid pandemic threat, or at least the reactions to it, seem to be easing. This is almost certainly also affecting the gold price positively. Arguably this represents a more serious threat to global economic growth than European military action and tensions. They stand at the moment, given that NATO has stated that it will not intervene militarily.

Thus the inflationary trend remains perhaps an even more severe global economic issue, particularly as central banks worldwide try to implement measures to bring it under control. We already seem to be seeing a fall-off in the value of risk-on assets like equities and bitcoin and this should increase the investment attraction for safe-haven assets like gold! One can’t rule out a global recession as a consequence.

We have said rather less about silver as an alternative to gold in this respect. It certainly tends to be more volatile than the yellow metal. However, its tendency to move pari-passu with gold has perhaps been eroded by its reduction in monetary usage, now being replaced by seemingly ever-increasing industrial demand in global silver consumption.

However, I have been reminded by one of my readers that silver has always lagged gold in a bull market. In his opinion, gold needs to close above $1,900 with conviction. Once that happens, the money will start flowing into silver and overshoot gold ‘bigtime’! We’re not so confident that the silver:gold relationship remains quite so strong these days, but he could well be correct given that the silver bulls tend to be more aggressive in their investment activity, and if they get the bit between their teeth, could drive the metal to new temporary heights.

We certainly think that if the Russia/Ukraine tensions do not reduce in the coming week, and recent statements, like those of President Biden and Prime Minister Johnson, continue to stoke up opinions on the likelihood of further Russian military action, then gold could indeed well move decisively above the $1,900 level in the week ahead.

Even if tensions recede a little, we do not see gold, and silver, returning to the depths seen only a couple of weeks ago. Inflation and recession worries should keep prices firm. If equities and bitcoin continue to weaken, as seems highly likely on these inflation and recession fears alone, then $2,000 gold and perhaps $25 silver, or higher, might be only a few days or weeks away. Things could thus be looking very positive for the precious metals investor.

And don’t forget gold and silver equities. These have been underperforming their respective metals but are indeed due to a re-rating given their high levels of profitability at current metal prices.

This is not to mention the prospects for ever-higher dividends from those who pay them and those who may be on the verge of doing so.

Nonetheless, world geopolitics look increasingly fragile, which has to be positive for precious metals.

If the Russia/Ukraine situation can move the gold price up $100, as Murenbeeld & Co. suggests, how much more could it move on a China/Taiwan confrontation? Be afraid, be warned, and be prepared!