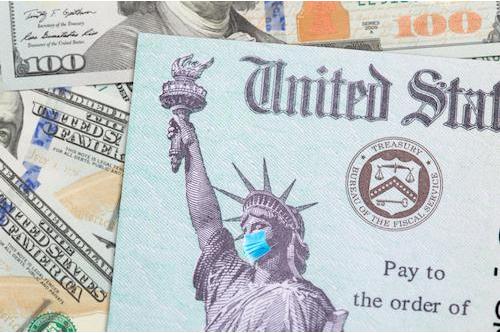 This week sees the next Federal Open Market Committee (FOMC) meeting and, as usual, any announcements made during, or subsequent to, the meeting itself will be pored over by analysts for the slightest nuance that anything might have changed that could foreshadow an alteration in Fed policy.  Economic data may have been a little more positive since the last such event, but probably not sufficiently so to lead to any immediate change to the Fed’s current programs.  The latest economic figures out of China, which show a substantial post-pandemic economic recovery in progress and falling infection figures in the U.S. as the vaccine program accelerates, could be met with a euphoric reaction among the investing public, and thereby boost equity prices further.  Any reference by the Fed to this, or indeed to any improvement in the U.S. economy, particularly in the light of the Biden stimulus, could well have an impact – perhaps a negative one – on the gold and other precious metals prices, with equities continuing their unlikely advance.

The past week saw fluctuating precious metals prices. First, there was a freefall in the price of gold down to the $1,670s on Monday, before a decent recovery setting in that saw gold prices rising back up to peak at around $1,740 by Wednesday, but dipping again to the low $1,700s on Thursday, before recovering again to end the week at around the $1,730 level.  Silver followed a somewhat similar pattern, ending the week at $25.91 an ounce but recovering further to over $26 on Monday morning.  Platinum was probably the best performer, in percentage terms, with a trading pattern somewhat similar to gold and silver.  Reports that the metal would again be in a supply deficit position this year brought it back to over $1,210 early on Monday.

Palladium was the weakest of the major precious metals, despite it remaining in a production deficit, with its price seeming to have difficulty in picking up any serious upwards momentum.  It had been the star precious metals performer over the past couple of years, but perhaps that has been seen as a rise too far and too fast for the markets, given its prior price relationship with gold and platinum.  It had been showing signs of price advance on Monday, so could well be benefiting from expectations for a pick-up in the U.S. economy, with a subsequent positive impact on auto sales, as the year progresses.

Last week saw the signing of the $1.9 trillion Biden administration’s stimulus package of coronavirus relief measures, which includes a $1,400 per head award  to U.S. individuals earning less than $75,000 a year and couples earning less than $150,000 a year and is said to be providing additional income to 90% of U.S. households.  The original proposal for a minimum wage of $15 per hour, was, however, withdrawn from the package.  The proposed $15 per hour rate is more than double the current minimum wage and some legislators feel it is too big a hike and would effectively bankrupt some companies if implemented.  However, the battle for the $15 minimum is not yet over and will undoubtedly be resurrected within the next few months.

The Biden stimulus package will further raise the enormous U.S. deficit, potentially driving down the dollar index, which could be gold positive, as gold tends to have an inverse relationship to dollar strength.  But with other major economies also “doing what it takes” to allay the impact of the virus pandemic, dollar weakness in the foreign exchange markets may be somewhat muted.

Overall, though, effectively pumping a further $1.9 trillion into the U.S. economy could, in theory, find its way into the equities and precious metals markets, giving them both a boost.  Going by recent activity, this is likely to benefit equities more than precious metals, but all could be changed by analysts reading between the lines of the FOMC minutes and ensuing statements and drawing revised conclusions.

Regardless of anything that transpires at this week’s FOMC meeting, our take on gold and precious metals remains positive.  It is extremely doubtful that there will be any adverse news on changes in the Fed’s interest rate and accommodative policies, and we suspect the recent turnaround in the gold price may help put a stop to outflows from the gold ETFs. Furthermore, the dollar will likely move slightly weaker on the big increase in the U.S. gross debt position as a result of the new stimulus package.  Anecdotal evidence shows that premiums on gold coins and small bars are running high, while gold mining stocks are almost certainly undervalued as an out of favor investment sector, with prices brought down by recent weakness in the gold price.  However, most of these gold miners make money with gold in the low $1,000s, so at current gold prices, they are making big profits.  They have almost all been cutting operating and administrative costs, too, so their profit potential is excellent, even at current off-their-peak gold prices.

There may well be a blip in the gold price progression around the FOMC meeting mid-week, as the gold bears tend to make their presence felt around such events, but we would expect this to be only short term and should see gold continue to regain some of its lost ground as the year progresses.  We still wouldn’t be too surprised to see gold hit $2,000 again at some time this year – there’s a long way to go for it to do so.