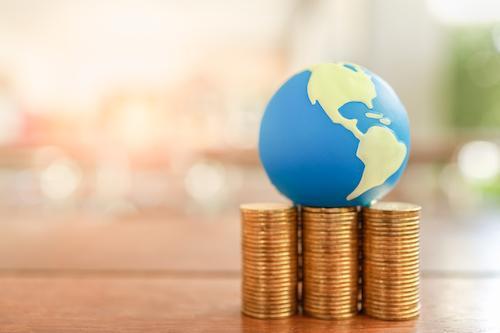 The World Gold Council (WGC) is a London-based gold mining industry body, so its reports might be considered biased towards promoting gold.  To allay those fears, it hires the independent precious metals consultancy, Metals Focus, to conduct analysis on its behalf.  (Metals Focus also does similar work on silver for the Washington, D.C.-based Silver Institute.)

The WGC/Metals Focus combined operation conducts and publishes one of the most informative, regularly released, unbiased global analyses of gold demand and supply in its quarterly Gold Demand Trends report.  The latest such, taking us up to the end of March 2021, came out last week.  As usual, it is pored over by gold analysts and commentators from across the globe as one of the definitive guides to what is really going on with regard to gold’s supply-and-demand fundamentals.

As its name suggests, the Gold Demand Trends reports tend to examine gold demand in detail, as its priority.  However, it does not ignore the supply part of the equation, although that represents a perhaps less detailed part of the report, in that supply side data is somewhat easier to come by than demand statistics.

The latest report does make for interesting reading.  Q1 is often one of the weakest quarters in the year for both gold demand and supply. Within the Q1 time frame, several seasonal influences occur –  the fallout period from the often extended Christmas and New Year holidays; the shortest month of the year – February – falling within the Q1 three-month span; two of the world’s largest gold producing nations, China and Russia, tend to see their newly mined gold output adversely affected by severe winter weather; as well as, the week-long Chinese New Year holiday, which also adversely impacts domestic and, perhaps, global, demand.

The first quarter of 2021 saw the U.S. dollar gold price fall by 10%, fuelled, in part, by ETF outflows and a reduction in net long positioning in the futures markets. Conversely, growing consumer demand helped to provide at least some support for the price of gold in dollars.  By the end of the quarter, the gold price did at least seem to be recovering well from its low points and, so far since, has continued on this path.

The Q1 2021 Gold Demand Trends publication could thus possibly be concluded to be both positive and negative for gold.  Demand was down year-on-year, but up quarter-on-quarter.  However, it needs to be recognized that Q1 2020 also saw the onset of the coronavirus pandemic, with global impact not yet seriously affecting key gold consumption markets in much of the West, namely the U.S., which is the biggest global gold consumer outside India and China.  Demand was recovering in China by the end of 2020, but was still depressed in many other parts of the world due to the pandemic.

The latest quarter’s global gold demand was estimated at 815.7 tonnes (metric tons), almost the same as in Q4 2020.  However, both these quarters saw huge gold outflows from the gold-backed ETF sector, following the massive gold inflows in the first three quarters of 2020.  What has really changed in the latest quarterly figures is that these outflows appear to have been more than matched by big pickups in gold demand and consumption globally, and in the world’s two biggest gold consumption markets, China and India, in particular.  There is evidence, too, that gold liquidations out of the ETFs has since slowed to a trickle alongside the recent recovery in the gold price.  Should the gold price continue its recovery, which this writer thinks it will, then there is even the prospect of a return to gold inflows into the ETFs, as we see a welcome reversal to more positive investment sentiment.

To emphasize the change, gold ETF outflows were still a hugely significant 177.9 tonnes in Q1 this year.  If they now remain subdued, and the initial rises we have seen in most of gold’s demand sectors and geographical areas persist, then we could be in for a significant cumulative demand turnaround through the remainder of the year.  This could dramatically change the yellow metal’s supply-and-demand fundamentals and result in prices climbing.  Some commentators have gone on record in predicting gold’s return to the $2,000 level, and higher, again this year, after being decidedly more negative when the price dipped down into the high $1,600s earlier.

Central bank gold sales and purchases have been a little patchy.  The biggest central bank buyer, Russia, ceased buying gold in April last year, and while Turkey stepped onto the stage subsequently as a substantial gold purchaser, it turned seller by the year’s end – and continued to sell off some of its accumulated reserve in Q1 this year.  But again, this latest sale was more than matched by a big gold purchase by Hungary, which seemed to be following in Poland’s footsteps in deciding its gold reserves were too low in the current global economic climate.  In Russia’s case, it has been claimed that it ceased buying in order to persuade its gold producers to sell their output on the international market, thereby substantially improving the nation’s balance of payments position.  This had been decimated by the massive fall in oil and gas prices – previously Russia’s major export earner.

Looking at specific market sectors, Q1 jewelry demand at 477.4 tonnes was fully 52% higher year-on-year, which has to be encouraging.  The WGC report also notes that the value of jewelry spending at US$27.5 billion, was the highest for a first quarter since Q1 2013.

Gold bar and coin investment demand totaled 339.5 tonnes, which is up 36%.  The WGC attributes this to bargain hunting, as well as to expectations of building inflationary pressures – which have, so far, not really materialized – at least according to official data.

Although lower due to the withdrawal of Russian buying, central bank net purchases held up reasonably well at 95.5 tonnes, 23% lower than a year earlier, but 20% higher than in Q4 2020.  As noted above, the figure was boosted by Hungary buying some 63 tonnes for its reserves, more than offsetting a reduction of 31.5 tonnes in Turkey’s gold holdings.  Some have surmised the possibility that the Russian central bank may resume gold purchases later in the year to continue its reduction in reliance on U.S. dollar related assets, particularly now that oil prices have recovered part way from their lows.  However, were it to do so, the country would probably signal as such in advance, as it did when it went public with its plans to cease its buying program last year.

Another useful boost came from technological demand for gold at 81.2 tonnes – up 11% from a year earlier.  The WGC notes that this amount exceeded the five-year quarterly average for industrial demand of 80.9 tonnes, although, over the years, this demand level has been pretty consistent around the 80 tonne level.

Looking ahead, the WGC/Metals Focus analysts believe that annual mine production looks set to hit a new all-time high in 2021, barring unexpected disruptions – so much for those who have told us peak gold is already with us!   However, the ongoing quarterly figures do tend to show a plateauing of global gold output, which almost certainly presages a gradual production decline in the years ahead.  Such an output decline could well start accelerating towards the end of the decade, as the major new gold project pipeline is virtually non-existent.

Recycling is assessed as likely to remain subdued, though, so if demand remains strong, we may well see a tightening in the supply-and-demand balance.  But, of course, if such a tightening leads to higher prices, then recycled supply could start to increase again, as the level of this tends to be price related.

Overall, the latest Gold Demand Trends report looks positive for the gold price going forwards – particularly if the apparent gold sales out of the gold-backed ETFs really are diminishing and Chinese and Indian demand holds up.  The seemingly horrendous coronavirus statistics coming out of India have to be worrying though, but it should not be forgotten that India is the world’s second most populous nation and the number of officially reported deaths per million people is actually still very low in relation to similar figures for Europe and North America.  However, there is considerable doubt as to whether the official Indian statistics on coronavirus deaths per million is anywhere near the true picture.  Also bear in mind that because of the population size differences, 400,000 recorded new daily infections in India, as is currently being reported,  is the equivalent of less than 100,000 in the U.S., in relation to population sizes – a figure that was being exceeded regularly only a couple of months ago.

Meanwhile, some slightly better (or rather, less bad) COVID-19 infection figures seem to be being recorded in the U.S., coupled with some positive economic data and a weaker dollar.  These appear to have boosted investment sentiment with gold, silver, and equities, which are all seeing early-week gains.  Could this be the week that gold takes another run at $1,800?  We shall see shortly.

In any case, gold seems to have started the week off on a positive note - the price rose in European trade and, as I write, has moved into the $1,790s in the U.S. at the start of the week’s trading.  Silver has also responded positively, moving strongly up past the $26 mark, while the Platinum Group Metals (PGMs) are jumping higher, too – another sign of growing economic confidence.  Beware volatility in all markets, though.  There’s no definitive trend emerging yet.