Platinum and Palladium: Forecasts Diverge, But All Price Positive 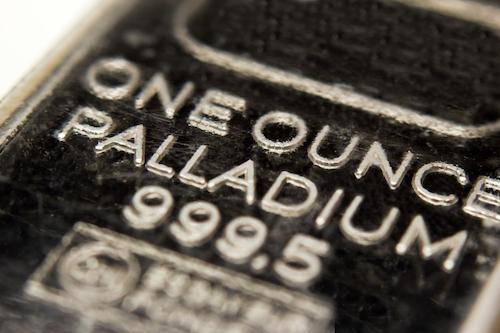 Platinum and Palladium: Forecasts Diverge, But All Price Positive

We’ll start here with some historical data.  Over the long term, the price pecking order for the higher priced precious metals has been: 1. Platinum, 2. Gold, and 3. Palladium.  Currently, based on the latest spot prices, this order has been completely reversed, but we suspect that over time, the old price order will re-exert itself.  It may take some years to do this, but the portents are clear to this writer and revolve around the global automobile market and the inherent changes this enormous sector is bound to undergo in the future. These changes will be key to the likely performance of both platinum and palladium, in particular, as industrial metals.  Gold has somewhat different drivers, and we see it continuing to perform positively amidst global economic developments.

Different researchers come up with conflicting supply-and-demand conclusions for platinum.  Analysts for the World Platinum Investment Council (WPIC) reckon platinum to be in a supply deficit situation in the current year, while independent consultancy, Metals Focus, sees it as being in a small surplus, although both come up with positive price projections.  The WPIC takes more of a position on the now lower priced platinum possibly eating into the palladium auto catalyst market – ironic, really, in that it had been the then far cheaper palladium that had almost totally usurped platinum’s position as the primary catalytic metal of choice in petrol (gasoline) fed internal combustion engine exhaust cleaning systems.  Now, the boot seems as though it may be beginning to be on the other foot.

But while platinum also has more of a second string to its bow in glassmaking, greater usage in the jewelry sector, and a niche in fuel cell technology, which could eat into the electric vehicle market, palladium will suffer in the longer term in the potentially huge demand growth for non-polluting vehicle technology in the light automotive sector.  By all accounts, electric-powered vehicles (EVs) are taking over from internal combustion (IC) powered ones at a faster rate than previously projected, with a number of major manufacturers planning to phase out IC engine powered automobiles altogether in the next decade and many countries already saying they will ban the manufacture and sale of IC powered light vehicles over a similar timescale.  Indeed, Norway has already decided on a national goal that all new cars sold by 2025 should be zero-emission (electric or hydrogen). By the end of 2020, there were more than 330,000 registered battery-powered electric automobiles in Norway. Thus, battery electric vehicles (BEVs) held a 54% market share there in 2020. The speed of this transition is closely related to policy instruments and a wide range of incentives that make the effective purchase cost of an EV comparable to that of an IC-powered automobile – policies that may well be implemented elsewhere, if the Norwegian example is seen as a success.

In the meantime, though, the big palladium supply deficit and the trend towards higher catalyst loadings in IC engine exhaust cleaning systems to meet stricter environmental controls will probably more than counterbalance the effects on the palladium price of any increase in the impact of EV sales on the global market.

Given that palladium supply appears currently to be in a substantial deficit situation (confirmed by both the WPIC and Metals Focus), and the fact that it will take several years yet for IC engine vehicles to be phased out of sales and manufacturing globally, the immediate prospects for the palladium price remain decently positive.

There thus will likely be a slow easing off of demand for palladium in the auto catalyst sector, while no doubt, miners and traders will be looking for new prospective markets for their product.  In this day and age, when industrial developments seem to advance so quickly, something may come about to replace the prospective fall-off in demand from the motor manufacturing industry.  We have seen this happening with silver following the enormous decline in its principal photographic sector market, which has now largely been replaced by growth in new technological and medical usage.

Hybrid IC/EV autos will also continue to provide a prospective market for palladium/rhodium exhaust catalysts.  We suspect, though, that these will be phased out over time, as battery and fuel cell technology continue to improve and enhanced charging and refueling networks are rolled out, thus removing some of the range-anxiety and general doubts some consumers experience when considering the purchase of an EV.

Currently, however, with the major developed nations seemingly recovering strongly from the virus pandemic, there could be a big short-term uptake in new vehicle sales.  As long as IC-powered vehicles remain less costly in most markets than their EV counterparts, the immediate outlook for palladium remains strong, although one has to recognize this is potentially a diminishing market in the long term.

The second major recent platinum group metal survey was produced by London-based precious metals specialist consultancy, Metals Focus.  Contrary to the WPIC report, it predicts a small platinum surplus occurring this year, but not enough so to dent its positive annual average price forecast.  The consultancy predicts that the platinum price will follow the gold price upwards and command an annual price average this year of $1,200 – around 36% higher than in 2020.  Bear in mind, though, we are talking average prices here, and with the platinum price already achieving close to this average in the year to date, but with a spot price below this level at the moment, if the Metals Focus forecast is anywhere near correct, we should see the platinum spot price move to higher ground at times in the second half of the year.

Much will depend, though, on labor relations at the platinum mines in South Africa and Zimbabwe, two countries that probably account for around three quarters of global newly mined supply.  The situation on the mines has tended to be volatile of late, with some intense, and aggressive, inter-union conflicts related to pay and working conditions policies leading to unwelcome workforce unrest.  Production could also be impacted by COVID-related interruptions, so the supply-and-demand balance could remain hugely uncertain, which will undoubtedly influence day-to-day spot prices.

Metals Focus expects palladium to record its largest deficit in five years in 2021, taking its above-ground stock demand coverage to just over one year. Tightening supply conditions are forecast by the consultancy to drive a rally to fresh all-time highs for the metal.  This could result in an annual average price of $3,000, a 37% rise compared with a year earlier.  Once again, we should reiterate, this is an average price prediction, which does not rule out periods of even substantially higher prices on the spot market.

We have remained mildly bullish on the gold price going forward, which should drag silver up along with it – although, there does appear to be a short-term deficit occurring in the silver market in some parts of the world (notably in the U.S.), which could temporarily cause the silver price to rise faster.  Thus, prospects for the whole precious metals complex look positive at the moment.  Given its substantial supply deficit position, palladium may be the strongest prospect of all for the remainder of the current year and into early next, unless the high price and difficulty in sourcing supply causes more substitution in the auto catalyst manufacture sector by platinum.  That is a trend to look out for, although the auto exhaust pollution control manufacturing sector remains pretty tight-lipped in providing information on whether, or if, this is indeed happening and, if so, to what extent.