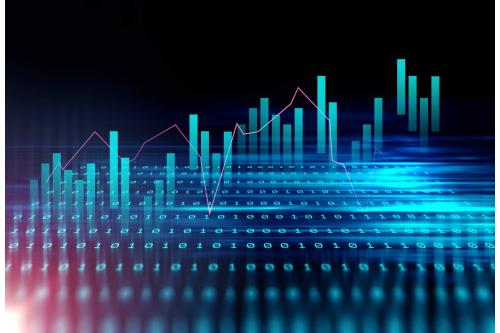 Platinum has been something of a lackluster performer within the precious metals complex so far this year. Despite the recent price falls at the weekend gold was still up 18% year to date, silver up 27% and platinum’s sister metal, palladium, also up close to 27%. (All the above are in U.S. dollar terms, but the figures may be even higher in some other currencies). Yet platinum has been lagging behind having lost around 1.3% in U.S. dollar terms since the beginning of the calendar year. But the platinum price does seem to have been making something of a recovery of late – even as gold and silver have been suffering a bit of a meltdown – albeit a temporary one in the author’s opinion.

Historically the platinum price has mostly been a little higher than that of gold, and substantially higher than palladium, so the current price relationships are somewhat anomalous in comparison with the past. But, the fundamentals for platinum do seem to be improving so there has to be a good chance that it will recapture the $1,000 an ounce level in the near future and continue rising into the New Year.

One principal reason for this apparent current pricing anomaly is that the platinum group metals, despite their rarity, are very much industrial metals nowadays and their price performance is hugely driven by supply and demand factors. With the global economy considered to be improving by the investment sector, then industrial metals should probably benefit in terms of demand too. Up until relatively recently platinum output had been seen as being in a substantial surplus vis-a-vis demand, whereas palladium’s price strength has revolved around an apparent supply/demand deficit coupled with the metal’s huge demand as an autocatalyst for exhaust cleaning in gasoline powered internal combustion engine driven light vehicles – an enormous global market.

Palladium has thus, in recent years, largely replaced platinum-based catalysts in gasoline powered engine exhaust cleaning due to previously price-driven substitution when the palladium price was far less than half that of platinum. This has meant that palladium output, in terms of industrial demand, appeared to have moved into an enormous deficit, and platinum into a surplus due to its replacement in such an enormous market.

Platinum has, however, remained the metal of choice in diesel engine exhaust cleaning systems and while heavy duty vehicles have remained dominated by diesel-powered units, light vehicle diesel engine options have fallen out of favor thus exacerbating platinum’s demand decline. To an important extent the palladium supply/demand deficit remains and is largely responsible for the metal’s powerful price performance over the past two to three years, but platinum may also be gaining ground again as developments in smaller diesel engine technology are beginning to show big advantage gains over gasoline driven vehicles in terms of pollution-control efficiency and the possibility of reverse substitution into gasoline-powered automobile exhaust cleaning systems comes into play.

The latest quarterly supply/demand analysis from the World Platinum Investment Council (WPIC) shows that 2020’s COVID-affected supply and demand figures demonstrate that platinum production has moved from a big surplus a couple of years ago into an annual deficit of some 1.2 million troy ounces this year. The report and analysis is particularly bullish for platinum too in looking at reverse substitution (i.e. platinum for palladium in autocatalysts and its role in alternative fuel and drive systems – hydrogen and fuel cells) together with a perceived pick-up in platinum demand in the jewelry sector. Record investment demand is also forecast for the full year given high global risk and platinum’s key potential role in the increasingly relevant hydrogen economy. (The WPIC is a platinum producer supported body so that should be borne in mind when reviewing its findings).

Looking ahead to next year, the first 2021 forecast from the WPIC shows platinum supply rising by 17%, demand up perhaps only 2% and an annual deficit expected of around 224, 000 ounces – but still a deficit. Within this, Chinese jewelry demand, in particular, is projected to rise for the first time in seven years. If the substitution talk noted above is real - and manufacturers are keeping quiet here for competition reasons - then the combination could be a real game changer for platinum demand and its price levels.

The author has suggested before that the huge price gap between platinum and palladium would generate likely substitution in the autocatalyst market of the former for the latter. This would thus be the reverse of the situation of several years ago where growing research into palladium’s exhaust emission catalytic cleaning role for gasoline powered internal combustion engines hugely tipped the demand balance in favor of the then far less costly metal. At that time the comparative metal prices were very much the reverse of what they are today.

Currently, palladium is around $1,300 an ounce higher in price than platinum and if the latter is able – even in part – to replace the former in this absolutely massive demand sector the boot is on the other foot. The incentive could fall away, though, should the consequent effect on the price differential be altered substantially – which is perhaps why autocatalyst manufacturers are keeping quiet about this particular prospect for fear of boosting the platinum price and thereby change any competitive advantage they may gain for making the switch, if indeed they are doing so. The longer the huge price differential exists the greater the incentive to make the change back to platinum-rich catalysts in gasoline engine exhaust emission control systems.

We have been told in the past that the continuing research into the employment of palladium in the automotive sector has meant that that metal, usually in conjunction with the hugely even more expensive rhodium, is a far more efficient catalyst in the exhaust cleaning process than platinum ever was. However the lack of incentive to conduct the same degree of research into platinum when it was priced the higher, has probably now fallen away, so we suspect that platinum will find more favor in this gasoline engine exhaust emissions catalytic role again from now on. There is unlikely, however, to be any rapid change in usage here, but the likelihood of this reverse substitution pattern occurring over time stays high as long as a strong price differential between the two metals remains.

Regarding palladium, we have our doubts too about its longer term price prospects anyway. Its primary market remains in the autocatalyst sector which will probably give it a good few years of strong usage, and perhaps growth yet, but the rise in the take-up of electric vehicles (EVs), and possibly in fuel cell driven non-polluting vehicles, with the alternative technologies not utilizing palladium, will almost certainly accelerate. The probable Biden accession to the U.S. Presidency will presumably give a boost to this trend in the enormous U.S. market, while already a number of European nations are implementing legislation to ban the manufacture and sale of light gasoline-powered vehicles within the next two to three decades. China, the world’s biggest auto market, is already seeing a huge move to EVs and we suspect other major markets will too.

Pollution and climate change, whether one believes in their direct association or not, remains one of the biggest global political issues, As battery technology develops, with the as-yet untapped potential of solid state batteries promising massive range improvement, we suspect the move to EVs will happen far faster than many projections might suggest.

With global platinum supply hugely dependent on the southern African nations of South Africa and Zimbabwe, where labor disputes are not uncommon in a still financially-divided society, output disruptions seem to have increasingly adversely affected output. Thus platinum’s continuity of peak supply remains a little suspect. Any disruptions could hugely impact supply/demand fundamentals and lead to strong price increases ahead. If the WPIC analysis is correct, fundamentals for the metal are strong anyway, which should reduce the downside risk for the investor. Perhaps platinum, despite its recent poor price performance, now deserves a re-rating. It would certainly seem to have the potential to close the price gap on both gold and palladium and, in the ultra long term, perhaps regain its position of being at the top of the major precious metals price tree. Definitely worth a position!