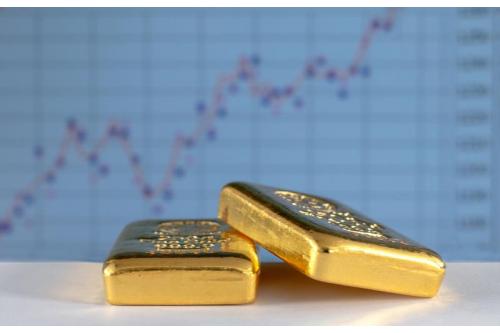 In this article are some comments from across the pond, providing insight as to how we view what has been happening in the USA, and the events’ likely effects on equities and precious metals markets. These views are obviously, to some extent, colored by how the European media view American events. One appreciates, though, that things may look a little different from the U.S. perspective and also between those who lean Republican or Democrat, but hopefully the article below does present the situation relatively dispassionately. Apologies to those who may think otherwise.

Markets are not necessarily logical. So what’s new? They’ve been moving irrationally, in our view, ever since the COVID-19 pandemic-inspired economic crisis started unfolding in North America back in March. At that time, the impact on the U.S. economy was only just beginning to unfold as attempts were made to protect the American economy from a potential panic situation.

At that time, we, along with a number of the U.S.’s biggest investment names, predicted an equity market meltdown and a flight into safe havens like gold if the virus pandemic took off. Well, it did take off – arguably in an even more serious manner than we had anticipated. Although precious metals saw some quite strong gains, equities markets responded initially by holding up remarkably well. Subsequently, they made some significant advances to new highs despite what has almost certainly been the biggest hit on the American economy since the Great Depression of the late 1920s and the 1930s. If that is not illogical market behavior, we do not know what is!

And then came last week’s events at the Federal Capitol in Washington, D.C. Following this event, U.S. equities managed to rise strongly and traditional safe havens like gold and silver fell back sharply, contrary to any normal expectations. What on earth is going on in the U.S. investors’ perceptions of stability and the economy? All this was concurrent with the highest national COVID-19 infections and deaths figures yet recorded. Yet, if one looks at the markets for guidance, all seems to be going swimmingly well!

In my view, the only explanation for this contrary market behavior, at least in the equity markets, has to be the hugely optimistic activity of a new breed of stay-at-home day traders and investors using free, or low-cost, investment brokerage websites like Robinhood. These at-home investors have been seduced by apparent seemingly “inevitable” growth in stock prices across the board fueled by media-inspired reports of enormous tech stock gains, in particular. Never mind the fact that the U.S. is suffering unprecedented corporate bankruptcies and unemployment (somewhat hidden by massaged statistics) and the economy and personal freedoms are suffering a nosedive.
The tech stocks, for the most part, may well be beneficiaries of the new normal represented by a partially locked-in-at-home populace. But this hides the incontrovertible fact that huge sectors of the U.S. economy are in meltdown. Those businesses adversely affected by the pandemic that have not already shut down may not survive even a few more weeks or months of COVID-related trading restrictions. Dr. Anthony Fauci, one of the U.S.’s top infectious disease experts and a lead member of the Trump administration's White House Coronavirus Task Force who will also continue in this position under the incoming Biden administrationhas commented that virus statistics are set to get worse before they even begin to get better, however quickly vaccine immunizations can be rolled out.

Another theory on the end-week precious metals meltdown suggests it may also just be a reaction to the latest economic figures out of the U.S. government. Canadian economist and gold expert, Dr. Martin Murenbeeld, whose opinions I rate highly, points out that gold's plunge this past week looks somewhat similar to that of March 2020, on the back of the initial COVID-induced recession fears. Friday’s U.S. employment report indicating a decline in employment during December – on renewed business shutdowns and record COVID-19 infections and deaths – is suggestive of another economic downturn before the vaccine rollout takes full effect, which is likely to be much later this year.

However, in a more optimistic note for gold holders, Dr. Murenbeeld also notes that the March 2020 decline gave way to a new price surge that took gold in excess of $2,000 by early August! We shall soon see if he is right in this analysis.

The above remarks are a view from Europe, where, if anything, the COVID-19 virus spread and deaths figures are even worse than in the U.S., to put things in perspective. However, the U.S. has so far tended to lag European figures related to the virus spread and a new believed-to-be more infectious virus variant has only just reached North American shores. Perhaps what has been happening in Europe, and in the U.K. in particular, represents the shape of things to come in the USA too!

The incoming Biden administration will thus not only have to deal with the current hugely divisive U.S. domestic political situation, but a likely coronavirus surge too. The impact on the U.S. economy will be ongoing and we wouldn’t anticipate things beginning to get any better until well into the second half of the year – and then, only if vaccine take-up is at a high level. But in the U.S. domestic context, there is a widespread belief in COVID-19 and vaccine conspiracy theories that may well limit the national effectiveness of the proposed immunization programs. There’s, thus, a good chance that virus spread and persistence in the U.S. may well be extended, even when much of the rest of the world may be beginning to turn the corner, as already seems to be the case in China, where the outbreak originated.

Sooner or later, the longer-term economic effects of the continuing virus spread, fused with the enormous and deep divisions in the U.S.’s politics and the huge government debt build-up, will strike home, and markets may become more rational again. I suspect equities will crash eventually (although they’ve proved pretty resilient so far) and precious metals will come good, but don’t underestimate the attempts of the powers-that-be to maintain control over the gold price, in particular. A soaring gold price is suggestive of a collapsing dollar. Few governments or central banks will welcome any collapse of the world’s de facto reserve currency, so gold price suppression may well be on the agenda, as many believe it already is. However, any attempt to completely suppress any gold price rise would probably lead to a disastrous bursting of the blockage, so a relatively slow and steady gold price appreciation may well be allowed – hence our rather conservative forecast for a gold price of around $2,225 by the year’s end, still a 20% rise from where it is at the moment.

Thus, our advice for the moment for the gold investor is to hang on to your holding, or indeed, buy more at the current price – we doubt it will go much lower, if at all. Most other investment options are vulnerable to collapse.