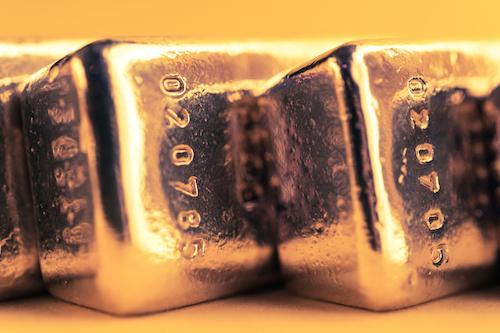 The Bank for International Settlements (BIS) is sometimes referred to as the central banks' central bank, so its opinions are well worth considering. In its latest statement, the BIS suggests that an inflationary environment will remain with us globally for some time and that global economies will have great difficulty adjusting to this new normal. This view somewhat differs from the recent statement from U.S. Fed chair Jerome Powell which suggested that inflation, at least domestically, would start to come down in the second half of the year.

I have to say that, at the time it was issued, this commentator considered Powell's view to be rather over-optimistic. The inflationary impact of the economic sanctions on Russia on the global economy was only beginning to be felt and the implementation thereof would likely continue for a considerable length of time.

Inflation caused by attempts to recover from the Covid-19 pandemic seemed only to be in its infancy. The lasting effect was likely to see inflation rise further, even without the effects on global economies of the Russian sanctions.

Central banks have to raise interest rates to try and control the inflationary build-up. Still, it is unlikely they can do so sufficiently to immediately impact the actual inflation level given how low global interest rates have become – even harmful in some countries. But even with likely small rate rises, countries will still have extreme difficulty in adjusting to a higher interest rate structure, the BIS warns.

As we have noted before, Russia is probably the most significant global exporter of oil and natural gas, the world's No.1 producer of palladium, second in platinum, gold, and aluminum, fourth in silver, fifth in steel, 6th in coal and the top 10 for nickel, copper and several other metals and minerals by its huge landmass. It is also the world's largest exporter of fertilizers and wheat and many other vital products. The imposed sanctions will cut back on Russia's ability to export many of these to many of its key markets. This will mean that replacing Russian supplies with alternatives – mainly at a higher cost – will significantly impact world trade and the Russian economy.

Countries do not encounter actual recession. According to Investopedia, there is a high chance of stagflation (defined as a period of inflation combined with a simultaneous decline in the gross domestic product (GDP).) Higher interest rates – even with small rises - could also have a recessionary impact on many economies, seeing their economic growth curtailed.

Both recession and/or stagflation tend to lead to a decline in equity prices and a surge in safe-haven investment, for which gold would likely be a severe beneficiary. This has been the case in the past and likely will have the same financial impact.

When we say equities will decline, there would likely be an exception in precious metals stocks that should benefit from higher prices, as they have done so far this year. (The HUI index is up about 25% year to date.) Precious metals producers will themselves be hit by inflation. Still, the effects will lag behind other sectors, while the higher prices being received for their products will improve short-term earnings and thereby profits, dividends and stock prices. It's an ill wind that blows nobody any good!

The coronavirus pandemic has already heavily impacted the global economy, which has brought economic growth to a virtual halt in many countries. The impact of economic sanctions on Russia and the consequent necessity to replace imports from that country by participating nations with probably more expensive alternatives from elsewhere adds a double blow for which much of the global economy is ill-equipped to compensate - even in nations like the USA, which has a large degree of self-sufficiency which few other economies can match As a rich nation the U.S. still relies heavily on imports and one suspects it will also try and reduce its dependence for some strategic supplies from countries like China which may well challenge it for global financial dominance at some time in the future.

Overall the combined impact of the pandemic, closely followed by the Russian invasion of Ukraine, will have caused many nations to consider their reliance on potentially hostile suppliers for many strategic goods imports. BIS general manager Agustin Carstens is thus quoted as saying that we may well be on the cusp of a new inflationary era in tandem with a retreat from globalization. Western economies may have become too reliant on expansionary monetary policies. They have mostly been in an extended period of below target inflation. Still, They now face the opposite problem made even more difficult to counter due to the enormous debt levels that many countries have run-up over the past few years.

That defines much of the problem now facing the Fed. Because of the build-up over the years of the various stimuli applied to keep the U.S. economy on its upwards path, now that inflation has reared its ugly head and seems to be accelerating, the big challenge is to try and mitigate inflation without tanking economic growth. Back in 1980, when Paul Volcker stopped inflation in its tracks through policies that led to a massive interest rate rise but also an accompanying deep recession, he was also not simultaneously have to start to raise rates from such a low level and certainly was not faced with the considerable debt situation the U.S. is in today.

As we commented in an earlier article, Powell's options for following the Volcker example have been made financially untenable by the extraordinarily high U.S. debt levels. The debt interest repayment schedule at a sufficiently high-interest rate to tame the inflation would be impractical to service. In any case, such high-interest rates would also lead to a massive recession like in the Volcker era. The Fed is thus faced with raising rates tentatively but almost certainly insufficiently to bring real interest rates out of the negative territory for months, if not years, to come.

A negative real rate environment tends to favor non-interest generating assets like gold, so we would consider that a perhaps gentle gold price rise would likely continue for a long time. We thus stick by our forecasts that the gold price will conquer the $2,000 level sometime this year and make a new high before the year-end.