Inflation Heads Higher, So Does Gold and Silver 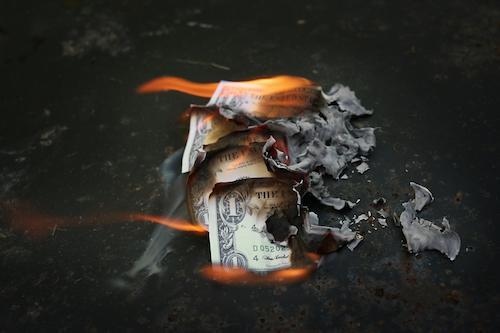 Inflation Heads Higher, So Does Gold and Silver

The latest US Consumer Price Index (CPI) figure released midweek puts the country’s inflation level at a well above average 6.2% year-on-year - its highest for almost 30 years.  What may be even more worrying looking ahead is that the Producer Pricing Index is trending even higher at over 8% year-on-year, suggesting that the CPI may move up even further still before it possibly starts to come down again as per the Fed’s ‘transitory’ forecasts.

This is not just a US phenomenon.  Inflation levels are rising just as fast, if not faster, in most countries around the world as we hopefully begin to exit from the Covid-19 pandemic.  China, for example, has just announced a 1.3% monthly inflation level rise, suggesting an even higher annual inflation rate than is apparent in the US.  Thus imports from the US’s biggest trading partner will also likely be becoming more expensive as we head towards 2022 unless there is a substantial change in relative currency parities.

Talking of Fed forecasts, the US central bank has a pretty abysmal record on its economic predictions over the past few years, and the investment sector may well be losing any faith it may have had in its forecasting ability and accuracy.  Inflation is most certainly running far higher than the Fed had been suggesting, and the higher trend may be more long lasting than has been generally given credence.  While we are not a believer in hyperinflation, as would happen in a total collapse of the US dollar, we would not be too surprised if the CPI moves towards say a 10% year-on-year price rise level which, although well short of the kind of hyperinflation some more pessimistic observers have been suggesting, would still be pretty devastating for the U.S. public – particularly if interest rates are kept artificially low for fear of derailing what economic recovery we may already be seeing.

Politically this would probably be debilitating for the Biden Administration and lead to a return of the Republican party to power.  Initially this could take the form of the loss of the Democrats’ exceedingly slim hold on the Senate, and possibly the loss of its majority in the House too, in next year’s mid-term elections.  And then perhaps a Republican landslide in the 2024 Presidential vote could follow if the US economy continues to underperform.  This could even perhaps lead to the return of a Trump Presidency which could well be a destabilizing outcome for world politics.  That would probably be hugely positive for gold as a safe haven, though – but be careful what you wish for.

So far gold and silver have been pretty much hanging on to their midweek gains.  Pgms have been more mixed but it is notable that the price differential between platinum and palladium has come down to under $1,000 which suggests platinum may be coming out of the precious metals shake-out rather better than its sister metal.  We thus predict price parity may well now be achieved between the two most-traded pgms sometime next year.

As for gold, unless there is some data point which comes in highly negative for the precious metal in the near future, then perhaps $1,900 becomes within reach before the year end.   That puts $2,000 plus gold in the early months of 2022 as perhaps an increasingly likely occurrence.

Silver also seems to have found a new lease of life with even some long term silver bears now making positive comments on the metal.  Given silver is more of an industrial metal nowadays than a monetary one, its past performance in moving up and down with the gold price looks increasingly at risk.  However its principal industrial usages are primarily in growth sectors so its price drivers are perhaps looking ever more positive regardless of gold’s performance.

The short term price growth pattern for gold still looks as though it remains pretty much dependent on Fed policy moving forward.  Fed chair Jerome Powell has seemingly been reluctant to raise interest rates until what is described as ‘maximum employment’ has been reached.  We are closing in on this point, but not there yet, so he is now faced with a major dilemma.  Should the Fed start to raise rates to try and help bring inflation under control (it may already be too late to do so), with a perhaps negative impact on employment levels, or maybe it will hold on to artificially low rates for a few months longer and hope inflationary pressures do not get further out of hand in the meantime?

Arguably the gold price could well move up anyway regardless of which way the Fed makes its move.  The overall economic situation has the continuing prospect of negative real interest rates likely continuing for the foreseeable future given the high, and possibly still rising, inflation rate coupled with low interest rates, which will be seen as gold positive.  Negative real rates tend to be beneficial for non-interest generating assets like gold, which thus serves as an ideal wealth protector under these kinds of financial circumstances.

We will find out which way the Fed will make its play at the December FOMC meeting in just over one month’s time, if not before.  Meanwhile we predict that the gold price will remain strong for the next few weeks anyway.  We don’t anticipate fireworks but perhaps there will be a period of consolidation prior to the next decent move upwards which may well occur before the calendar year end.