Where Are We with Inflation and Gold? 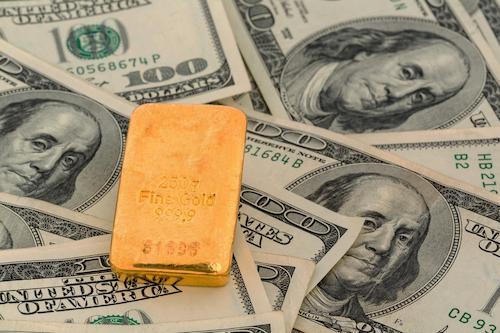 Where Are We with Inflation and Gold?

The gold price has been quite volatile of late and has moved mainly on expectations of the impact of inflation on the U.S. economy and what that is likely to mean for precious metals. In the past slight inflation, increases have had little impact on the gold price, although higher levels – say above 5% - tend to drive investors into safe-haven investments, of which gold comes somewhere near the top of the tree. At the moment, depending on whose analysis one takes note of, inflation may be running at or around the 5% level, which is borderline potentially decently positive for the gold price.

Investors are faced with conflicting views here. On one side is the U.S. Federal Reserve (the Fed) and its chair, Jerome Powell. He has been adamant all along that higher inflation is but ‘transitory’ and will revert to an acceptable 2% as the current post-pandemic effects work their way out of the system. While he is probably correct in the long term, the big question is how long will the current inflationary pressures last, how high, and for what length of time will the inflation rate move in the meantime.

Plenty of commentators feel that the Fed is just trying to talk down a serious problem and refuses to acknowledge the true price inflation levels facing the general public and how long these pressures are likely to last. There does seem to be an acceptance by Powell that inflation may well be higher, and these levels may last for longer than the Fed had initially projected, but is this acceptance likely to lead to any policy or timing changes? At the moment, no – the proposed tapering of the bond purchasing program looks set to be implemented during the final couple of months of the current year. However, there is yet no firm estimate from the Fed when interest rate rises are likely to commence, if at all.

My opinion is to err on the side of inflation is higher than the Fed is prepared to acknowledge – possibly even several points higher, and a grudging gradual acceptance of this by the central bank. If this is indeed the case, then the Fed has a tough decision to face. Should it raise interest rates, perhaps before its maximum employment target is reached, to try and nip inflationary pressures in the bud? A rise in interest rates could harm equity markets and the economy and institute a delay in reaching the employment target, which the Fed has so far considered to be its main priority.

If the Fed delays increasing interest rates and inflation remains high, that is positive for gold. The combination puts investors and the general public into a negative real interest rate position. This probably has little impact when negative real rates remain low, as at present. However, if the inflation rate rises significantly, as some fear it is already doing, rising real negative rates would drive more and more investors into assumed inflation-protecting safe-haven assets like gold. The fact that gold is a non-interest-generating asset is often put forward as a reason not to invest in it. Still, when real rates go negative, its attraction as a wealth protector increases substantially.

If the Fed does raise interest rates, perhaps earlier, and by a higher margin than expected, we could see another scenario developing. Initially, I would expect gold to be marked down on news of an interest rate rise, but a severe dip could follow in the equity markets, which could drive investors back into precious metals, and gold’s price fall would be but brief.

Trying to second guess what moves the Fed may or may not do, has proved to be a minefield for many commentators. Interpretations of the nuances behind Fed statements are prone to misguided opinions. However, my best guess is that the first scenario is more likely with the Fed concentrating on bringing the unemployment rate down to its target level before bringing down inflation with a significant rate increase. Given that the current inflation level is probably primarily the result of supply chain issues, and these are unlikely to be solved quickly, an increase in the Fed Funds rate is unlikely to be a solution. The gold price is showing some strength at the moment. If it breaches resistance at around $1,835 according to the chart followers, it could well go on to see a substantial rise regardless of Fed interest rate policy decisions.