Inflation Accelerating – Fed Can’t Do Much to Stop It 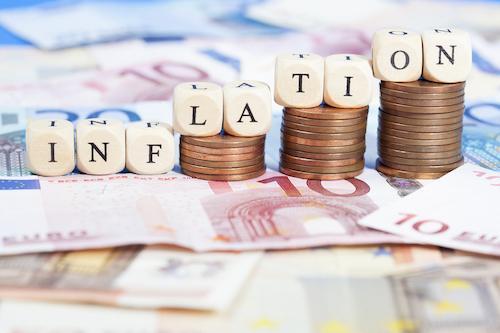 Inflation Accelerating – Fed Can’t Do Much to Stop It

The latest Consumer Price Index (CPI) – up 8.5% y-o-y - and Producer Price Index (PPI) - 11.2% y-o-y - figures have to be a severe warning sign for U.S. equity investors and should be positive for precious metals.

The Fed may be forced to act, probably even more aggressively than signaled to date. Still, any moves it makes – unless it decides to channel Paul Volcker’s drastic solution of 1979/80, which seems highly improbable – will still likely be a case of ‘too little too late.’

Early in the year, the consensus opinion had been for a series of 25 basis point interest rate increases – may be at each successive FOMC meeting throughout the year. This could have seen the Fed raising interest rates by around 1.5-2% by the year-end. With price inflation now sitting at 8.5% according to the CPI data and rising as the full inflationary impact of the economic sanctions imposed on Russia over the Ukraine war begins to take hold, this would almost certainly be insufficient to stem the inflationary tide. Consequently, commentators are adjusting their forecasts of possible Fed action to impose even as much as a 75 basis point Federal Fund interest rate rise at the next FOMC meeting, due at the beginning of next month, or even before this date an interim move. This combined with other Fed tightening measures, could well provide a severe enough shock to the system to depress the markets and potentially lead to the onset of a recession. But even rate rises of this kind of magnitude may not be enough to have a severe impact on the inflationary trend.

U.S. corporations have become used to, if not dependent on, the accommodative nature of Fed largesse over the past few years – particularly during the attempted economy-boosting policies designed to allay the worst effects of the coronavirus pandemic. This has seen equity prices rise to record levels, despite profits for most businesses, apart from those that may have benefited directly from the virus-inspired changes in business activity, remaining weak or even turning negative. Some sectors of the economy have been decimated, although you would be hard put to recognize that from the performance of the equity markets.

The Fed’s past program of continued Quantitative Easing coupled with ultra-low interest rates has contributed strongly to the build-up of an equity markets bubble that may now be about to burst. It may have contributed to decent economic growth over the past few years, but all good things usually end, and that end seems to be nigh!

Inflation was already beginning to accelerate as the economy was coming out of the effects of pandemic-related restrictions on the activity as those businesses, which had barely survived, began to try to play catch-up.

The problems have been exacerbated by logistical supply issues and big changes in societal aspirations.
And now, these inflationary trends have been added to by the effects on global inflation of sanctions on Russia. That nation is a key global exporter of many strategic commodities and food-related products (and Ukraine of the latter, as detailed in a previous article). Even though the U.S. is less directly exposed to some of these it is not immune to global price pressures, which are already having a strong impact on U.S. consumer prices as the U.S., and other countries, struggle to replace sanctioned Russian supplies with probably more expensive alternatives.

The writer thus reckons that the U.S. economy is heading into a period of reduced growth and declining equity prices as all these issues, some of which are only just being recognized, come into play. Interest rates, even if raised strongly, are unlikely to start to curb the inflation rate for many months to come, thereby creating negative real rates as interest rate levels continue to lag inflation.

Periods such as this, when the inflation rate comfortably exceeds interest rates, tend to favor safe haven assets like gold and silver and we are already seeing rises for both of these. This has been coupled with initial falls in equity prices, although there has since been what we consider some partial counter-intuitive price recovery for these. This overall pattern may well continue for the foreseeable future, and could even take the gold price up through the $2,000 barrier again and silver through the $26 mark. We would certainly not be too surprised to see these key price levels challenged as early as during the current month.

While platinum and palladium prices may gain a little traction from gold and silver, we remain much more circumspect regarding their price potential. Demand for these metals is very much driven by the growth or otherwise of the general economy as they have to be considered almost wholly as industrial metals nowadays.

This is particularly true of palladium, for which demand is currently highly dependent on the automobile sector, which could turn down sharply should our fears of a global recession materialize. After the last FOMC meeting, Fed chair Jerome Powell suggested that inflation would come back down in the second half of the year. Until late last year, though, he claimed that inflation– only at about the 4% level – was only transitory, which somewhat reduces the credibility of his latest predictions.

Certainly, the higher than expected CPI and PPI data suggests such claims are premature and there could well be more to come in terms of even higher inflation levels over the next few months. This could put even more pressure on the Fed to raise interest rates further and faster and tighten more quickly than anticipated. In this writer’s opinion, this makes a period of recession even more likely to occur, leading to higher safe haven asset prices and a corresponding fall in stock market valuations.