Half Year Update for Gold and Silver with Price Forecasts 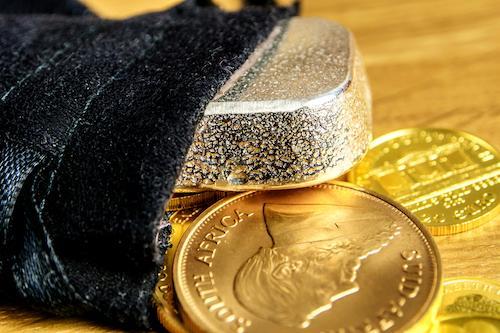 Half Year Update for Gold and Silver with Price Forecasts

In an article published immediately before Christmas last year, I took a stab at precious metals price predictions for 2021 and prefaced it by saying, “Price forecasting tends to be an invidious exercise.”   So it has proven to be.  In the article, I published a table incorporating my precious metals price predictions for June 30, 2021 and for the year’s end, and I have to say, what I had anticipated for the first half of the current year has proven to be hugely overly optimistic for the precious metals investor, except in the case of palladium.

In the table below, I’ve included my own various salient data as predicted in December 2020, in addition to a column containing average precious metals high-end price predictions from a panel of “expert” analysts. The panel of expert analysts was put together by the London Bullion Market Association (LBMA), compiled at the end of 2020 and published in January 2021.  As can be seen, all the precious metals (with the exception of palladium) appear to so far be substantially underperforming expert  expectations, as well as my own.  The big question, of course, is can this suite of metals recover to their forecasted levels by the year’s end?

All figures rounded to nearest dollar except silver

Six months is a long time in the precious metals markets – or in any other financial market, for that matter. So the answer is yes – all the projected high price predictions could yet come about – but will they?  Let’s consider each metal separately and see what the latest evidence suggests.

The gold price has encountered substantial weakness ever since it regained the $1,900 level very briefly in June 2021. Strong selling pressure thereafter took it back around $140 and it so far remains volatile while recovering from the $1,750s to around the $1,790 level.  The fall back was perhaps due to renewed strength in the dollar index, which seems to have settled at around the 92.5 level, having at one time fallen below 90.

Dollar strength, given that it tends to be equated to gold weakness, is relevant most probably on the supposition that the U.S. Federal Reserve may implement an interest rate rise sooner rather than later due to rising inflation, which markets fear may be getting out of control.  The Fed, so far, has denied such a move is likely, saying that inflationary pressures are only transitory.  Meanwhile, a period of slightly higher inflation may well suit its plans anyway, given that it has been consistently undershooting its expressed inflation target and higher inflation may only serve to get the average inflation rate back on track.   It will also be loath to increase interest rates, or implement other tightening measures, for fear that such moves might trigger an equities crash - an association that it will be eager to avoid.

There are, however, some other positive signs for gold.  It may well be seen as sitting in oversold territory, and the gold-backed ETFs seem to be holding up pretty well, despite the metal’s underlying price weakness.  Trends in gold purchases by central banks around the world are showing some signs of strength, with Thailand being the latest nation to substantially boost its gold reserves, apparently adding 90 tonnes in April and May.  Assuming the Fed holds firm on not increasing interest rates, I suspect that some of the current selling pressure on gold may fade away, but we may have to wait for the Jackson Hole gathering in late August to find out.  Whether the gold price in the second half of the year can pick up sufficiently to meet my projections of six months ago, and those of some of the LBMA’s experts, remains to be seen, but it is not impossible.

There may also be a crumb of comfort for the precious metals investor in the latest statistical chart on the gold price and the 10-year U.S. Treasury Inflation Protected Securities (TIPS) yield published by Canadian consultancy Murenbeeld & Co. in its latest Gold Monitor newsletter.   Over the years, the consultancy has demonstrated the extremely close relationship between movements in the gold price and the inverse of the 10-year TIPS yield.  For the past couple of weeks, coinciding with the latest, perhaps engineered, weakness in the gold price, these figures have widened significantly.  This widening suggests either irrational gold price weakness, or an undue fall in the TIPS yield.  We suggest the former is most likely and the gold price may catch up accordingly. And where gold goes, the other precious metals, particularly silver, tend to follow.

The above could well account for the apparently stronger gold price we saw ahead of the Independence Day holiday.  It still has a bit of a way to go before the apparent imbalance with the TIPS yield is restored, so keep an eye on the figures.  They could well suggest a gold undervaluation, with the yellow metal due for further price recovery.

As goes gold, so goes silver, and it has been noticeable that the Gold:Silver Ratio (GSR) – which follows the price relationship between the two major precious metals – has been pretty steady through gold’s recent period of weakness.  Given silver’s normal volatility, one might have expected the GSR to rise sharply during a weak period for the gold price and for the silver price to fall more steeply accordingly.  So far, this has not been the case.

Silver is pretty much an industrial metal nowadays and the price may well be being supported by the economic recovery from the global COVID-19 pandemic and the recovery’s consequent boost to the industrial sector.  It is also a “green” metal, with strong usage in the photovoltaic (solar panel) energy sector, which provides additional demand growth potential.

Even so, silver does seem to have a huge mountain to climb if its year-end price is to meet some of the price growth expectations of earlier in the year – and a year-end price of much above the $30 mark may be impossible for it to achieve.  There are ever-continuing arguments about its supply-and-demand fundamentals, and there appear to be shortages in some markets, although this may well be a case of inventories being in the “wrong place.”  Despite there being an apparent shortage of coins and small bars in the U.S., for example, the price has remained comparatively unmoved, except in terms of price premiums – which many deem as excessive for now.

Up until recent years, platinum was the most expensive major precious metal, in addition to dominating the early years of regulatory moves to reduce auto exhaust pollution as the principal exhaust cleaning catalyst.  But the big price gap between platinum and palladium led to considerable research into, and the eventual dominance of, palladium as an alternative (to the extent that the huge demand in the gasoline exhaust cleaning sector led to palladium supply moving into major deficit territory and a big fall in demand for platinum, which developed into a supply surplus and a consequent price reversal).

As a result, the supply shortfall has moved palladium into the position of being, by far, the most expensive of the major precious metals, and platinum now the cheapest.  We suspect that eventually, as battery electric, or perhaps hydrogen powered, vehicles start to dominate the automobile sector, this position may reverse yet again, as neither technology utilizes palladium.  This may not be for several years, though, and palladium, which remains in a supply deficit situation, will maintain its place in the sun in the short to medium terms.  There is also the prospect that now that platinum is less than half the price of palladium, we could see reverse substitution in the auto catalyst sector, which could impact the current demand imbalance between the two metals

However, platinum is also moving into a supply deficit, and while its price remains low, the key South African mines that dominate world production are mostly operating at a loss, which is technically unsustainable.  But, because the mines are such big employers, it is politically unacceptable to close them, which has resulted in something of an impasse developing.  Rising platinum prices could solve the problem, but at the moment, they remain weak.

Given the weakness in the gold and silver markets so far this year, with platinum perhaps holding its own and palladium capitalizing on its apparent supply shortfall, I am recasting my estimates for year-end prices for all the major precious metals as outlined in the table below:

As can be seen, I have downgraded my forecasts for year-end prices for all the precious metals, with the exception of palladium.  This I have corrected upwards, given that my earlier pessimism on a potential fall in demand for the metal, due to the impact of battery electric vehicles and possible substitution by the now far less costly platinum in the auto catalyst market, does not yet seem to have made any serious price impact.  These factors will, no doubt, affect palladium demand and price in the longer term, but the big palladium supply deficit will take longer to bring down than I had anticipated, and the price may remain strong accordingly.