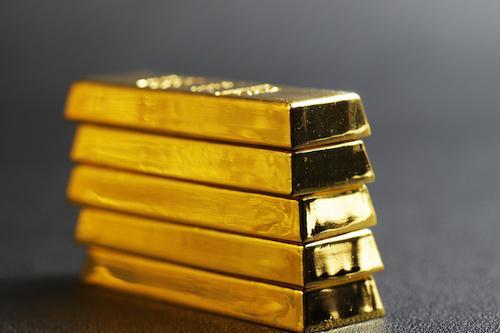 Ever since the Russia/Ukraine invasion commenced, the past week or so has seen some hugely exaggerated movements in some precious metals and other commodity prices. In part – in the case of Gold in particular – this has been due to typical safe-haven crisis price escalations and dips. Meanwhile, in others – notably for the pgms, metal commodities like nickel, oil, natural gas, and in food staples like grain and sunflower products -this volatility has been down to worries about the uninterrupted continuation of supplies.

As we have noted before, Russia is the world's largest producer of palladium, second in platinum and, according to some figures, in Gold, third in oil, natural gas, and nickel, and fourth in silver. It is also, along with Ukraine, one of the biggest producers and exporters of grain and sunflower products. Russia is also the world's largest exporter of fertilizers and is high on the list of producers of many other commodities, too, if only because of the sheer size of its landmass and consequent resource base.

Some of these key constituents of the global economy may be replaced, but this will take time and money. If economic sanctions on Russia are to be effective, there will be huge short-term deficits and big rises in long and short term costs for many commodities, resulting in higher global price trends, interspersed with sharp falls as geopolitical concerns ebb and flow.

Russia has been following the Chinese playbook in making some of its key strategic supplies the dominant source for these for many of its potential competitor nations. For years, experts have been warning about strategic supply reliance on countries like Russia and China, which are vying with the West for geopolitical, cultural and perhaps military, dominance.
These fears have tended to go unheeded with business profitability the critical element in international trade dealings rather than self-sufficiency – even the U.S.'s long-term strategic stockpile of key commodities has been run down for the sake of so-called economic efficiency. It is only something like the Russian invasion of Ukraine, which could drag the West into a global conflict, which serves to highlight the West's vulnerabilities in this respect and may lead to long-overdue corrective action.

The most obvious immediate impact is mainland Europe's massive reliance on Russian oil and natural gas supplies, the fear of shortage of which has had a huge knock-on effect on global prices for these key commodities. President Putin will be viewing this as a huge strategic advantage – particularly concerning Europe's wealthiest nation and dominant economy – Germany – which is hugely reliant on Russian gas supplies, and has compounded the issue by phasing out its own domestic nuclear power sector, making it even more dependent on Russian gas to keep the lights on and industry flowing.

While the new German Chancellor, Olaf Scholtz, has already canceled the opening of the Nordstream 2 gas pipeline which had been built to deliver even more Russian gas to Germany and the rest of mainland Europe, this is very definitely too little a response too late. President Putin, like China, has been playing the long game in making the West hugely reliant strategically on Russian products.

China will be watching the Western response with enormous interest.

Arguably the U.S. in particular is nowadays even more dependent on Chinese resources and technology than Europe is on Russia. If the West is seen to waver in its Russian response China may be encouraged to take its own unilateral moves on what it sees as a huge long-term political anomaly – Taiwanese independence. If the U.S. becomes embroiled in a European conflict, China may decide to make a move on Taiwan on the assumption that the U.S. would not wish to get embroiled in a military confrontation on two such widely geographically disparate fronts simultaneously. However, the apparent effectiveness of the sanctions on Russia's domestic economy may cause it to think twice.

All this, of course, makes the world a far more dangerous place than at any time since the Cold War and the Cuban Missile Crisis of nearly 60 years ago. There has to be a real fear of global nuclear conflict arising in the case of any diplomatic misunderstanding deteriorating into armed conflict between the world's nuclear-armed superpowers. We have to hope that sanity prevails and the concept of Mutually Assured Destruction (MAD) remains in play.

Meanwhile, as uncertainty continues, we see the gold price making a gradual, but perhaps increasingly volatile, upwards move as the traditional safe haven in times such as these. Gold has been hard-wired into our collective psyches as the traditional unit for storage of wealth so there will always be a section of humanity which gravitates towards it in times of global uncertainty.

On this assumption, we see gold's overall price trend as continuing upwards, with occasional downwards corrections as now, until the Ukraine hostilities come to some conclusion and probably beyond. We fear that the Ukrainian government may eventually have to capitulate under duress to prevent the destruction of the country's towns and cities but that, if so, the sanctions on Russia will remain in place. An uneasy occupation with a more Russia-compliant regime, supported by Russian troops, will remain amidst substantial opposition, which may be hard for Russia to maintain.

Russia had significant difficulties securing a rapid victory against outnumbered and outgunned military opposition. This will likely rein in any intentions it may have in pitting it against perhaps better trained and equipped NATO opponents. There will eventually come regime change again in Russia – Putin cannot live forever - but until this occurs, sanctions will remain, Gold will retain its strength and distrust in Russian motives and utterances will remain unabated.

The other pro-gold outcome is, of course, that the continuation of Russian sanctions will make it harder for the West to rein in inflation, and negative real interest rates will remain helping keep Gold strong for the foreseeable future. Consequently, the world will lapse into recession and equities will continue to weaken.

In short, the world will be a more difficult place in which to thrive and Gold will retain its position as perhaps the best wealth protection asset to hold. It may thus prove to be worthwhile to buy the occasional dips in Gold but beware of doing the same in most equities where the longer-term outlook remains negative for now.