Gold and Silver Under the New Biden Administration 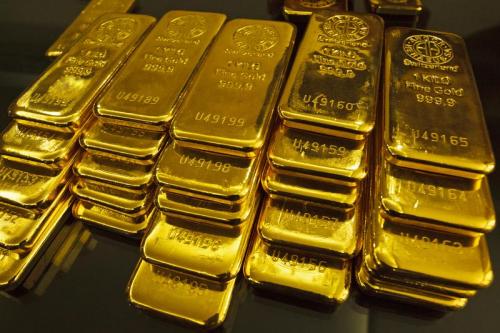 Gold and Silver Under the New Biden Administration

Gold and silver both advanced strongly on Joe Biden’s ascension to the presidency, but then fell back a few dollars. While many commentators see a Biden era as precious metals positive, we’re not sure that much will change in the USA, apart from perception. True, there will be major differences in some aspects of policy - notably on climate change and perhaps in measures taken to help control the spread of the COVID-19 virus – but it may well be very much a case of plus ça change, plus c'est la même (the more it changes, the more it is the same) chose as far as most other policies are concerned. Not much will really change.

While President Trump’s decision-making process and attitude may have been questioned in many quarters, many of his decisions were felt by many to have served the U.S. populace well, and one doubts that a Biden administration will seek to make any wholesale changes on these. Perhaps the political divide between mainstream Republicans and mainstream Democrats is not nearly as deep as much of the media, and some self-serving politicians of both major political parties, might suggest. The right-wing fringe of the Republican party and the left wing of the Democrats may be far apart in political thinking, but the bulk of the membership of both parties wants only what is best for America as a whole. Their views on how this should be implemented may differ – such is democracy.

The big initial headache for Joe Biden and his administration is the hugely divisive subject of President Trump’s impeachment. Initial analysis suggests that a conviction will again fail in the Senate and President Biden will probably hope that the issue will then fade away, leaving room for him to guide the nation in what he may see as more important efforts, rather than Congress having to devote political time and effort seeking to impeach a president who has already left office. It seems that President Trump will not go quietly into the sunset, though – it is not in his nature – which will then raise the question of whether he will run again for the presidency in 2024. By then, he will be 78 and a few months older than Joe Biden when the latter assumed the presidency as the oldest politician to do so on record to date.

Four years is a long time in politics, so who knows what will happen in the meantime regarding world affairs and the progress, or otherwise, of the gold price. One of my most favoured commentators, Martin Murenbeeld, for whom I have huge respect as a gold economist and analyst, has, however, just updated his gold price predictions for the years ahead. His views, which very much agree with my own, are noted below.
As usual, Dr. Murenbeeld has come up with three potential price scenarios - a bullish case, a most likely case, and a bearish case - in which he attaches a weight of likelihood to each , adds a small amount of cushion for unforeseen events, and thereby comes up with quarter-by-quarter average price predictions.

He is cautiously bullish on the gold price, with a forecast showing Scenario A, the “bearish” prediction, as having gold falling back into the $1,700s over the forecast period. The probability of this scenario, however, is seen to be low (only about 10%). Scenario C, the “bullish” scenario, puts gold into the $2,600 range six quarters out, to which he gives a higher likelihood weighting of around 35%. But the key, of course, is Scenario B, the median forecast, to which he attaches the highest probability (55%) and suggests a Q4 average this year at $2,127. Furthermore, before the current bull run is over, he sees the gold price taking out its all-time, inflation-adjusted high of $2,852, although a date for this is not specified.

Murenbeeld’s forecasts will disappoint those fed a diet of $5,000 or even $10,000 and above gold price predictions from the most bullish commentators, but we would point out here that Murenbeeld’s track record on gold price predictions has been exceptionally good over the past several years. He may only be “conservatively bullish,” but such a reputation fits the actual performance of gold far better over the recent past than does the record of those consistently predicting a skyrocketing gold price over the same period. These sky-high forecasts may make attractive reading for the gold investor, but real gold price growth has continued to hugely underperform against their predictions.

Murenbeeld notes in his company’s latest weekly Gold Monitor newsletter that the current bull market is actually a powerful extension of the one that commenced in early 2000 – interrupted by the 2012-16 bear market that developed on the back of a firmer dollar and Federal Reserve attempts to “taper” its interest rate/QE policies. He comments that the Trump presidency and the COVID-19 pandemic, however, changed the policy environment again. He thus sees fiscal and monetary policies as being uber-aggressive around the world and suggests that they will remain so for an extended period. There are thus a number of current bullish factors likely to support gold price growth in the medium to long term and that are seen as outweighing the bearish ones quite substantially. These positive factors include the fiscal and monetary policy expansion to combat the coronavirus noted below. This type of stimulus has always proved to be bullish for gold.
First and foremost, Murenbeeld sees global debt levels as showing no sign yet of reducing, and rising debt levels will tend to keep real interest rates negative for the foreseeable future – and negative interest rates are virtually always positive for gold.

The other key bullish points are set out in the paragraphs below: The U.S. dollar almost certainly remains seriously overvalued and will inevitably decline – gold tends to benefit, in dollar terms, from weakness in the dollar index.

Central banks are seen as continuing to buy more gold, in part, to de-dollarize their assets given the dollar’s potential forthcoming weakness in the face of enormous debt and the ongoing ravages of the COVID-19 coronavirus.

Newly mined gold supply will begin to contract (peak gold may have already been reached), given a big reduction over the past several years in the mineral exploration focus for most major miners. This reduction, together with a reluctance by sources of finance to support the development of massive new billion-dollar-plus mining projects, has led to a decline in finding the kinds of mega deposits that had kept major miners maintaining, or growing, output. . This declining output trend has been exacerbated in the past year by production interruptions on account of COVID-related operational restrictions in some gold mining nations.

A COVID vaccine-induced economic recovery, assuming one comes about, is also likely to nudge inflation upwards – indeed the U.S. Fed is already looking to raise its inflation target to “average” 2%. This implies even higher rates since the Fed has, so far, been unsuccessful in achieving even its recent 2% target. Higher inflation is generally seen as positive for the gold price.

There are some bearish possibilities, too, which probably need to be weighed up by the cautious investor. Although, as noted above, these are seen to be heavily outweighed in the Murenbeeld forecasts by the bullish ones:

First of the bearish scenarios is that, instead of falling, the U.S. dollar could rise, if other central banks also add liquidity and cut their rates more aggressively than does the U.S.
Similarly, real interest rates could commence rising, if a degree of normality returns sooner than expected and central banks are seen reversing their lower interest rate policies. This could lead to a sudden recession or equities market downturn – without reflation – as we saw in the U.S. when the Fed attempted its “tapering” initiative, before rapidly reversing this policy.

Some potential gold price strength is seen as due to recovering demand in China and India as their economies start to emerge from COVID-related fallout. However, if this should not occur – particularly in China, which is the world’s No.1 gold consumer – it could deliver a blow to the anticipated level of global gold demand. So far, demand in these two nations appears to be picking up, but the future has to be uncertain, particularly in India, which is still recording very high rates of pandemic infections.

Murenbeeld also suggests there could be a reduction in U.S.-China tensions under a perhaps more diplomatic Biden approach. But this is seen as probably not being a directly negative factor for gold - but not a particularly positive one either.

I suppose I should point out here that there are many mixed opinions as to the likely path of the gold price this year and thereafter, including both bearish and ultra-bullish. However, we see the Murenbeeld calculated approach as coming up with the most likely outcome, although there are possible ‘black swan’ events that could change the eventual gold price outcome – mostly to the positive, but one shouldn’t rely on these occurring either, or, even if they do, having a strong significant impact.

As to silver, although I would dispute its place as a true precious metal nowadays because of its high proportion of industrial usage and, thus, being far more exposed to the vagaries of the economy, it still tends to follow gold’s path, perhaps in a more exaggerated manner. So, if one believes in a higher gold price, then investing in silver might be a more profitable call. But there is more risk here, as the silver price has also proved to be much more volatile in its performance than gold in the past.

My views on the platinum group metals has always been far from bullish because their demand is very much more in the industrial sector than even silver. In the longer term, palladium has to be particularly vulnerable as demand grows for electric powered light vehicles. This likely EV growth may be enhanced under a perhaps more environmentally conscious Biden administration, and as battery technology continues to improve and ‘range anxiety’ diminishes. Such alternative, non-polluting drive systems do not require palladium-based emission control exhaust catalysts, and Biden’s rejoining of the Paris climate accord may well lead to the future banning of the production and sale of internal combustion engine powered units in the U.S., as has already occurred in several European nations.

Even so, any such regulations are unlikely to be enforced for perhaps one or two decades, and in the meantime, supply-and-demand fundamentals may keep palladium prices strong, particularly if the big supply deficit remains in place. The unknown here is whether the currently far less costly platinum starts eating back into palladium’s dominance in the gasoline engine exhaust emissions control market. If it does, then the price balance between the two metals could change dramatically, thereby nullifying the current price advantages of platinum. Swings and roundabouts!

Thus, there is much to mull over in the likely path of precious metals prices over the next few years. I do see the Murenbeeld approach to forecasting the likely progress of the gold price – which is always the key to price movements in all precious metals – as providing the most likely scenario. We should thus be in a period of precious metals price growth, but probably not to the kind of extent the uber-bulls would like to have us believe. Investing in gold will therefore likely help you protect whatever wealth you may have in an uncertain future – but perhaps not much more than that!

Posted in: Investing, Silver, Gold, Market Alerts
By Lawrie Williams
Did you like this post?
0
0
Search The Blog
Categories
Recent Posts