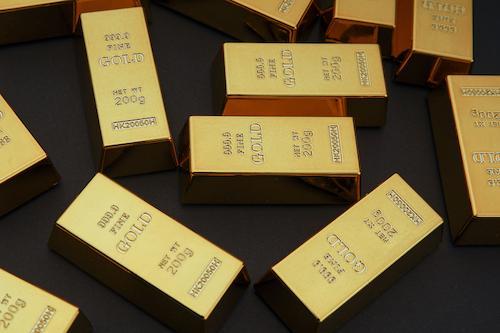 In following precious metals advice on the internet, one is exposed to opinions, often with hidden, or even not so hidden, agendas which will predict their prices will soar to dizzy heights or crash to new depths. I prefer to follow the opinions of those I see as more rational analysts and commentators – they have tended to be far more accurate over the 50 years, or so I have followed these markets.

One of these analysts, Jeff Christian, who runs the New York-based CPM Group is always worth listening to. He is an avowed non-believer in gold and silver price manipulation and the various conspiracy theories associated with this popular premise which he deems nonsense! He is thus one of the bêtes noires to the ultra gold and silver bulls and organizations like GATA. Whatever your views, his opinions are always worth considering, bringing some balance to the various opposing positions on precious metals pricing.

Before I go any further, I should point out that Christian is overall bullish on the likely price direction of gold, silver and the pgms, but only very cautiously so.

Suppose he is indeed incorrect on price manipulation (in my view, all markets are manipulated by big money to a greater or lesser extent). In that case, he sees several factors that should be taken into account when trying to predict where precious metals prices might be going. These include:

Of course, the first six are directly connected and should perhaps be combined under Government and Federal Reserve policies. In my opinion, gold and silver prices, in particular, will continue to experience sharp ups and downs on market interpretations of data releases by government entities and the Fed. These are often knee-jerk reactions and usually seem to end with a return to the status quo.

Even so, the overall pattern is probably for precious metals prices to trend higher along with whatever economic recovery from the pandemic materializes. Things seem to be beginning to pick up as new virus infections are brought under some semblance of control with the rollout of apparently effective vaccines.

The virus cannot be defeated completely, though. Still, we can probably learn to live with it as vaccine rollout and take-up hopefully can control it sufficiently to become similar to seasonal influenza. The world has survived the spread of much more virulent viruses and diseases so far, and Covid-19 should be no different in this respect.

Probably the vital elements for gold going forwards are the combination of interest and inflation rates. The former are as low as they have ever been and the latter are certainly more robust than governments and central banks would like them to be. In combination, this provides a heady positive for gold.

But Christian is far from the only commentator on gold and precious metals I take seriously.

Others include Martin Murenbeeld of Canada’s Murenbeeld & Co., which publishes Gold Monitor and Silver Monitor newsletters and Grant Williams, who publishes the always entertaining ‘Things that make you go hmm…’ newsletter.

Both of these commentators are, like Jeff Christian, marginally bullish on the gold price going forwards and that I take their thoughts on precious metals more seriously than most will not be news to most of my readers. Over the years I have been following the markets, their views and forecasts have tended to be much nearer reality than the gold and silver ultra-bulls or ultra-bears whose sometimes extreme prognostications tend to dominate media coverage.

Overall we look at both interest rates and inflation to come to our conclusion.

Gold is a non-interest-bearing asset, so it tends to come into its own when actual interest rates are negative and at current inflation rising levels, coupled with low-interest rates, actual negative rates may be with us for some time yet to come. But, be warned, central banks may be forced to raise interest rates more quickly than had been forecast due to inflation rises being both more than earlier estimates and likely to be with us for longer. Gold, in particular, seems to suffer a knee-jerk adverse reaction to announced interest rate rises. However, this tends to be only temporary and the price subsequently tends to regain its former levels relatively quickly.

In conclusion, gold will rise in price in the months ahead but may suffer the occasional data-driven headwind on the way. Silver tends to move pari-passu with gold, although its direct monetary relationship with its sibling metal may be reducing. Its price tends to be more volatile than that of gold, so we could well see more significant percentage price movements both up and down.

As for the pgms tend to move alongside growth in the economy - and the motor-manufacturing sector in particular.

I would favor platinum long-term over palladium as its consumption would appear to be influenced by more demand sectors.

But both could see periods of strength and weakness ahead dependent on general economic progress as we exit from the imposed strictures of the pandemic.