What Happened to Gold and Silver Last Week? 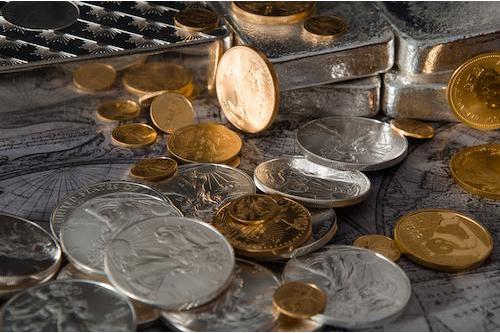 What Happened to Gold and Silver Last Week?

For the precious metals investor, last week will have been disappointing, to say the least. After an auspicious start, particularly for silver, the remainder of the week saw the prices of all precious metals drift lower in the aftermath of the GameStop equities trades the week before. Is this indicative of a trend towards lower metals prices, as vaccines promise an end in sight for the COVID-19 pandemic, or just a temporary setback before the metals go on to better things?

Contrary to many predictions, gold moved comfortably down to below the $1,800 level in Thursday trade before bargain hunters moved in and initiated something of a rally, with the yellow metal clawing back a few dollars and ending the week at around $1,815. Interestingly, platinum and silver started to recover faster than gold, but the overall trend for precious metals was definitely negative in European markets – at least until U.S. trade started to move prices back up again on Friday.

To put this all into context, the price fall was probably overdone, as such spikes up or down usually are, and in any case, prices did not fall as low as the downwards spike that occurred as recently as mid-November last year. Indeed, gold and silver both spent more than half of 2020 at lower levels than those to which they fell on Thursday, so it is not yet time for precious metals investors to be too alarmed. However, prices have definitely not yet started to surge, as many, even only cautiously bullish, commentators – ourselves included – have been forecasting. But the year is only just over a month old and there is thus plenty of time during the remainder of the year for gold and silver to reach the kinds of levels we have been suggesting. Silver, in particular, still seems to be in something of a supply squeeze, given the big investment rises in the big silver-backed ETFs, which seems to have left ETFs struggling to build their bullion inventories to committed levels.

To a large extent, the initial rises and then the sharp downturns, in the precious metals markets were initiated by the equities markets and the phenomenal rise in the price of the heavily shorted GameStop shares and other similarly shorted stocks. This had been the result of a social media-promoted attempt – initially successful – to attack the short sellers of GameStop stock (and also other shorted securities). The premise was that if enough people started to buy these counters, GameStop and the others’ stock prices would rise, causing the short sellers – hugely reliant on stop-loss computer trading algorithms – to cover their own potential losses by short covering and buying the stock, which, in turn, would drive the stock prices ever higher, thus generating even more buying, and so on. This developed into ever-rising prices for these stocks, as more and more short sellers – particularly those who had sold forward on margin (on borrowed money) – needed to buy stock to protect themselves from even bigger potential losses. This even necessitated some big funds having to be bailed out to prevent them from going bust.

There is something of an altruistic streak among this new breed of non-traditional investors, who presumably have the general impression that selling stock short, perhaps driving a company’s stock down to near worthless, and then buying it back at a ridiculously low price, all to benefit financially, is inherently immoral. Thus, a short squeeze of this type could be both profitable and morally justifiable to those who were involved in implementing it.

Given some initial success in this activity, attention seemed to be turned to the precious metals markets – and silver in particular – where there are some incredibly large short positions held. However, these “day traders” did not recognize that the precious metals short holdings are very different from those in the equities markets. Precious metals market shorts may be held to control prices, but not necessarily to drive them down. Sure, there is probably manipulation in the markets – all markets are almost certainly manipulated, to some extent – but there is little or no proof that there is collusion between commercial and central bankers to this end, as some suggest. True that suppression of the gold price, in particular, may suit the politicians of this world, in that higher gold prices are seen as a sign of economic weakness, but it may just be a case of coincidental shared interests.

Where to now? It’s early in the year, so we stand by our cautiously optimistic predictions for the likely progress of precious metals prices in 2021. We are still anticipating that the gold price will exceed $2,000 again in the current year, silver will end the year at over $30, and platinum above $1,250. It may take slightly longer to achieve these levels after this somewhat inauspicious start, though (silver, however, definitely remains on track, being still in something of a short squeeze, with physical metal seemingly in short supply). Most of the positive factors that are likely to drive precious metals upwards remain in place – primary among them being the maintenance by the Fed of its low to effectively negative interest rate policy for another year, or perhaps longer, and a continuation of money being pumped into the economy to help mitigate the adverse economic effects of the COVID-19 coronavirus pandemic.