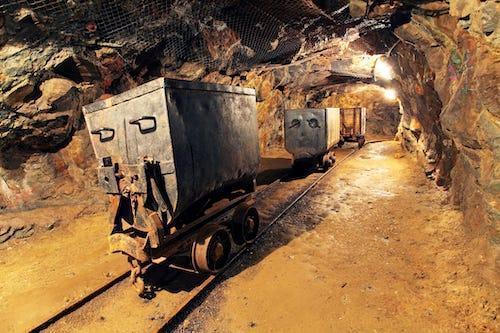 The middle week in August was an extremely mixed one for the fortunes of precious metals prices. The euphoric momentum which had taken the gold price to an all-time high in dollar terms, and silver to an interim high - but still well off its all-time peaks – which had prevailed in the second half of July and the beginning of August, had come to what we feel is a temporary, and perhaps premature, end early in the month. Even so, the volatility which had been seen then persisted with first a big upmove, and then back down to earth, followed by what looks to us like a consolidation phase in the past week although the precious metals started the current week a little lower again but looked to be recovering lost ground in early European trade – but prices remain volatile.

The big rise at the beginning of last week seems to have been due to the news late on the 14th that Warren Buffett’s Berkshire Hathaway investment conglomerate had purchased some 29.8 million shares in Barrick Gold (NYSE ticker GOLD) during Q2, and was offloading its airline stocks and much of its banking investments including its complete holding in Goldman Sachs. Both Buffett and his principal sidekick in Berkshire Hathaway, Charlie Munger, had been well publicised naysayers regarding gold – the metal – thus this share purchase was seen by many as a total change in attitude towards the key precious metal. We don’t think that is necessarily the case, although it does perhaps recognize a slightly more positive viewpoint on the short to medium term potential for gold stocks in the current coronavirus-related economic environment.


Berkshire Hathaway is first and foremost an investment conglomerate and, as such, has been one of the most successful U.S. companies for many years. So every investment move the company makes is followed closely by the media and the investment community. We thus see the Barrick purchase as a wise investment decision under current circumstances without necessarily meaning an overall change in Buffett’s and Munger’s basic attitudes towards gold the metal.


Barrick is a dividend paying gold mining giant (the world’s No. 2 gold miner) which will be accumulating enormous profits at present given it can mine gold at about half the metal’s current price. It is probably thus on track for further dividend increases while many general equities are struggling to make any kind of profit to say the least while the coronavirus continues to have an adverse effect on the overall economy. That has to be key to the Berkshire Hathaway investment decision.

Barrick’s CEO, Mark Bristow, former CEO of Randgold Resources with which Barrick completed a merger at the beginning of 2019, is thought to be keen to raise the Barrick dividend as a sop to the former Randgold shareholders, who post-merger accounted for around one-third of Barrick’s equity, and who were used to much higher dividend returns. Barrick’s strong earnings performance at current gold price levels is likely to persist well into 2021, and perhaps for much longer, should precious metals continue to benefit from the effects of the pandemic, which should make moves to increase its dividend likely to be successful.

Most of the positive factors for continued rises in gold and silver prices are still in place. However the continued appreciation in general equity markets continues to be a dampening factor, although in our view these equity rises are totally irrational in the face of the worst global economic depression/recession in most of our lifetimes. Markets have been buoyed up by government and central bank swathes of money although this is only tending to make the rich richer and failing to bring relief to those who may need it most. Successive statistical releases, which seem to show unemployment coming down alongside an extremely limited return to work seem, to have ignored total unemployment figures which remain horrendous globally. If current unemployment levels had occurred during a normal economic cycle the result would have been total market mayhem with enormous equity price crashes across the board. This may still happen, particularly should a second virus wave strike as the northern winter approaches, as many medical experts fear. COVID-19 will be a negative factor in the global economic environment for many months, if not years, to come.

Gold and silver ETF metal inflows are still hugely positive, although may have been a little more variable over the past couple of weeks in line with the metal price fluctuations. According to the World Gold Council, gold ETF inflows had already surpassed the full year record before the end of Q2 this year, and these have more than counterbalanced an apparent huge fall in demand in the world’s two biggest gold-consuming nations – China and India.


Central bank purchases are holding up remarkably well given the biggest buyer over the past several years, Russia, ceased adding to its gold reserves from April in favour of allowing its gold miners to seek international sales. This policy change has helped the country allay some of its reduced balance-of-payments receipts due to the huge fall in value of oil and gas – previously its biggest source of export revenues by a large margin. China also has not been reporting any central bank gold purchases since late last year, but its gold purchases have not been very transparent in the past with occasional massive import figures being announced at multi-year intervals, so there do remain some doubts as to the veracity of the Middle Kingdom’s gold purchasing statistics.

Meanwhile on the supply/demand front, most of the gold miners have been reporting reduced output and sales so far this year due to coronavirus-related shutdowns and safety measures in a number of producing nations. This has been more than mirrored in falls in silver output for the same reasons – particularly given the world’s two largest silver mining nations – Mexico and Peru – have both been hit particularly hard by the virus pandemic. Indeed a recent research report from SRSrocco has shown a huge decline in silver output from these two nations March through May. Production appears to have picked up in June, but is still not up to prior levels given the continuing virus impact in the two nations. April and May production figures were less than half of those of most prior months over the past year, so annual output totals in 2020 are likely to be sharply lower than in 2019.

Mexico and Peru between them accounted for almost 40% of global silver new mined output last year, so these production falls are hugely significant in terms of global silver supply/demand fundamentals. While global gold supply will also have been adversely affected it will not have been nearly so much so as silver, which is yet another reason the silver price has been advancing so fast vis-a-vis gold.

So with overall demand remaining strong and supply diminishing, things continue to look set fair for gold and silver as the year progresses. If general equities collapse at some stage, as we think is inevitable given the ever continuing hits to the global economy, we will also see the safe haven play for both metals coming in strong. Furthermore, given the number of potentially worrying global geopolitical events out there – not least President Trump’s seemingly ever-escalating financial war with China - and a hugely divisive U.S. Presidential election in early November, our advice is hang on to, or add to, your investments in gold and silver and gold and silver related equities. You are, in our view, unlikely to lose out from such a policy and you could see some substantial gains as time progresses and the world sinks ever deeper in to the current coronavirus-induced economic mire.