Gold, Inflation and the Ukraine conflict 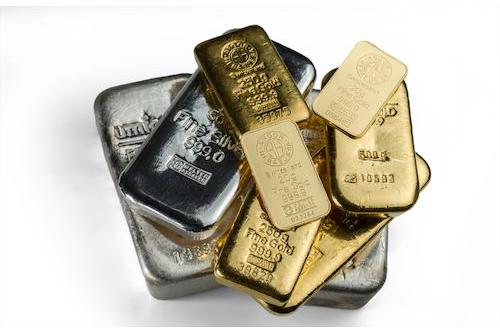 Gold, Inflation and the Ukraine conflict

I have been focusing on developments in the Russia/Ukraine conflict almost exclusively for the past several weeks. As reports in Western media suggest, although vigorously denied in Russia, the ‘war’ – or ‘special military operation’ as the Russians refer to it – does not appear to be going well for the superpower. Still, as it and the politics surrounding it are probably the principal gold price directional drivers, I make no apologies for continuing on the same theme.
This thereby reduces any credibility pertaining to Russian military invincibility in a larger-scale conflict, pitting it up against the combined and presumably better-equipped forces of NATO. This may offer some of the smaller, seemingly most vulnerable, NATO member states bordering on Russia, which might otherwise have feared the Russian bear’s territorial ambitions had the Ukraine invasion proved to have a far quicker and more successful outcome.

In effect, the fact that the invasion appears to have been stalled by what had appeared to be a much smaller and poorer armed, but perhaps far more committed, Ukrainian defense force may have set back Russia’s perceived international military threat indefinitely. It has also dented President Putin’s global perception considerably as a master strategist and may, the West hopes, have shortened his tenure as the leader of one of the world’s three perceived superpowers. However, there is little evidence of this latter being the case in terms of internal Russian politics. Putin’s Kremlin still seems to control Russia’s domestic opinion well.

US President Biden has denied recent remarks as effectively calling for regime change in Russia. However, that is the most accurate interpretation of what he said. Similar views will also have been in the minds of many other western leaders but not so explicitly addressed. However, calls for regime change often have little effect even if supported by other world leaders – as witnessed in the survival in power of Syria’s President Assad, who had appeared to be in a much weaker position than President Putin a few years ago. Assad was undoubtedly aided in his survival by the latter country’s support, which may now be reciprocated by the possibility of sending Syrian forces to fight alongside their erstwhile Russian allies.

Putin may have misunderstood the potential for such strong Ukrainian military resistance and desire for the maintenance of its independence and the likely impact of enhanced Western sanctions on the Russian economy. This seems to have driven the warring parties to at least the pretense of serious peace negotiations currently being held in Istanbul, at which both sides appeared to have made some concessions. But doubt remains as to any short-term conclusive outcome.

Cynics, among whom I have to count myself, view the prospect of an overt Russian pullback from attacks on the Ukrainian cities of Kyiv and Chernihiv in the north as an excuse to redeploy forces that had been making little, or no, progress. These could then focus on the east and south of the country along the Black Sea coast, where the Russian advance appears to have had more success. Russian tactics in these latter areas appear to be the destruction of cities, and their civilian populations, which remain under Ukrainian control, to try and force the Ukrainian government in Kyiv to sue for peace at any cost to avoid further suffering.

To date, a result of what has happened has been a total distrust globally of any statement coming from President Putin, who had initially vehemently denied any intent to invade Ukraine. Meanwhile, the enhanced sanctions imposed on Russia have substantially raised the already high inflation levels. This has occurred not only in Russia itself, with a sharp fall in the international parity of the ruble, but also in many other countries being forced to replace Russian goods and commodities with supplies from other sources, which are generally more expensive. Continental Europe, in particular, is being hit particularly hard given that it sources the majority of its oil and gas supplies from Russia and is under pressure to reduce these substantially or eliminate them. President Putin has issued a decree that payments for Russian gas must be made in rubles to bolster the country’s international currency value – a move that the principal recipients are strongly resisting. The effectiveness of this may be who blinks first in this geopolitical, financial poker display.

The effects of all this on gold and other safe-haven asset classes have been somewhat mixed. Gold and the US dollar, the most popular safe havens in times of crisis, are trading higher than before the Russian invasion. Still, after an initial strong upwards spike have come back a little and are now both seeing rises and falls seemingly dependent on the day-to-day perceived likelihood of an end to the Ukraine conflict, which may yet be some time away.

The potential threat by Russia that it might employ chemical or even tactical nuclear weapons tends to raise and lower these asset prices.

Meanwhile, the inflationary trends, exacerbated by the imposition of the enhanced sanctions program, remain another key driver and perhaps the overall long term influence in gold price terms.

Gold is perceived to rise in price in periods of high inflation, as I have often stated in the past, and it is thus likely to remain at perhaps higher levels for many months if the Ukraine conflict persists.

Maybe inflation, and the gold price, could both make a sharp downwards move should Russia withdraw its forces from Ukraine and the enhanced sanctions regime reduced or ended. This seems unlikely, though, unless President Putin can save face by claiming that his military moves have been successful - which he certainly can’t do convincingly on the international front as things stand at the moment.