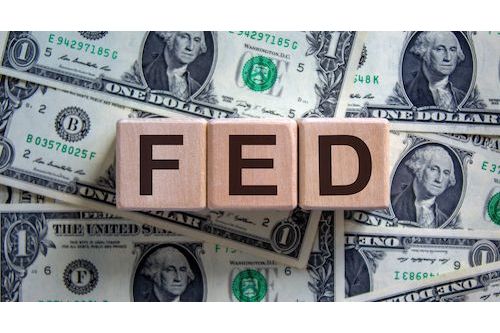 Not out of the woods yet despite a 0.75% rate rise. Yet again, the Fed's inflation predictions fell well short of reality. The U.S. Central Bank's forecasting ability is way over-optimistic, so why place any credence now on its forward predictions of a possible softish landing from its attempts to put the inflationary genie back in its bottle?

Hear what comfortable words Fed chair Jerome Powell preaches – and believe them at your peril! They are designed only to calm the markets – not necessarily to present the reality behind the current situation.

In our view, inflation is still rising and will continue to do so as long as the Russia/Ukraine war and Russian sanctions persist. We may see the year-on-year increases start to dip from October, as it was from October 2021 that inflation levels started to rise sharply – but overall price rises will remain elevated regardless, so this will provide little relief to consumers. No doubt, though, the media and the market optimists will seize on this as a sign inflation is coming down at last, whereas in reality, it will remain at an unacceptably high level.

The key elements continue to be energy and food prices, which remain almost entirely outside the Fed's power to control them. They are dependent on the political interplay between Russia and the West. Neither side seems prepared to back down from positions damaging to their own and their rivals' economies.

From the West's point of view, the imposition of economic sanctions on Russia is an attempt to bring the Russian economy to its knees and thereby force an end to the Ukraine incursions. It has been only partially successful. On the other hand, President Putin feels he is in a strong position due to Russian dominance of natural gas and oil supplies over most European nations on which they hugely depend economically. Russian control of access to these, albeit at a further potential cost to its domestic economy should it cut them back, could create a split in European solidarity.

An effective blockade on exports of crucial Ukrainian food-related products is also contributing to global food and food product shortages and raising worldwide prices. Nothing the US Fed can do regarding interest rate rises or Quantitative Tightening measures can have much if any, effect on these critical causes of inflationary pressures.

Nevertheless, Powell made the following statement in his post-FOMC meeting address: "We anticipate that ongoing rate increases will be appropriate. The pace of those changes will depend on the incoming data and the evolving outlook for the economy. Today's 75 basis point increase is huge, and I do not expect moves of this size to be common. From the perspective of today, either a 50 basis point or a 75 basis point increase seems most likely at our next meeting,"

This was meant to mollify the markets into believing that the Fed is confident that this latest 75 basis point rate increase is enough to stop the rot. Indeed it seems to have done so, at least temporarily and has led to a recovery in the equity markets, although they are still well down year-on-year.

Things are bad, but perhaps not so bad after all – or so the Fed would have us believe! Equity markets have thus picked up a little, but gold continued to weaken as the dollar strengthened – unjustifiably, in our opinion. However, Bitcoin, that other indicator of risk-on sentiment, even fell back below $18,000 before making a slight recovery – a far cry below the almost $70,000 it had achieved only a few weeks ago.

Watch out for new inflation data- particularly next month's CPI reading due on July 13th. If it doesn't confirm the Fed's premise that inflation is starting to come down, and we don't think it will last for at least several months, Powell's hoped-for 'softish' landing looks well out of sight.

In this writer's view, contrary to Powell's stated opinion, we are definitely in for a hard landing – possibly an ultra-hard one – and an inflation-driven recession, in the US and globally, which could even match that of almost a century ago. Gold and gold stocks rode that occasion out, probably best of all. They could well do so again this time, particularly if the Fed is forced to backtrack on its tightening program to try and avoid the worst of a recession, which many are predicting.

The usual suspects are forecasting mega gold price rises – Rob McEwen, for example, is reasonably conservatively talking $5,000 gold, although not for two to three years. He is credited for taking Goldcorp to its former top 3 global gold producer position and was one of the first to predict $1,000 gold when it was a few hundred dollars below that, but perhaps his track record has not been so great of late. Nevertheless, he still commands a strong following.

Geopolitics is a mire of uncertainty in a way we have seldom seen since the Cold War or the Cuban Missile Crisis, and gold, traditionally, thrives on uncertainty! We agree that gold will probably see $5,000 eventually, but it will perhaps take a longer timescale to do so. But with the somewhat unpredictably aggressive President Putin driving Russian policy forwards in Europe? Meanwhile, China is biding its time.