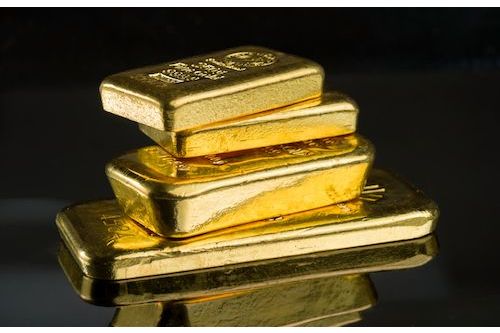 On the face of things, the latest World Gold Council (WGC) Gold Demand Trends Report looks bullish for gold, but contains a sting in the tail that is already beginning to impact the metal price – probably more severely than even the WGC had foreseen. Although the report’s statistics show that Q1 gold demand was 34% above that of a year earlier to the highest level since Q4 2018 before there was any impact from the Covid-19 global pandemic, the sting in the tail comes from the note that demand from the No.1 country for gold demand, China, had fallen away to a virtual halt – presumed as due to the resurgence of the Covid-19 pandemic in some key cities.

The fall in Chinese demand in March was confirmed by a huge fall-off in gold exports to China and Hong Kong from Switzerland. What is perhaps even more worrying for the gold price going forwards is that there was also an enormous slump in Swiss refinery gold exports to India that month as well. India is a more price sensitive market and high gold prices in early March may well have partially been a reason for the fall. Since then the gold price has come down quite sharply, and had even been trading below $1,900 for a few days, it will be interesting to see if Swiss gold exports to that country pick up in April.

Another reason for the fall in Chinese gold imports in March maybe that Chinese new mined gold output has been rising again after safety-related closures had cut production at some sites. Higher grade ores have also been being worked at some mine sites according to the WGC, but this still does not mitigate the observation that March demand there was trending towards zero. Gold withdrawals from the Shanghai Gold Exchange had already been reported as much lower for March than in 2021, so the fall in consumption should not have been totally unexpected.

However, offsetting possibly negative news from China and India, the WGC noted that overall investment demand during the quarter had been driven substantially higher, largely due to positive inflows into gold-backed ETFs. These recorded their strongest quarterly inflows since Q3 2020, fuelled by safe-haven demand. Global ETF holdings jumped by 269 tonnes, more than reversing the 174 tonne annual net outflow from 2021. But again recent gold price weakness may well be reversing this trend again. Strong Swiss gold flows into North America and the UK in March tended to support the high investment demand assessment, but again monitoring of these figures moving forwards will continue to act as an important guide to the gold price’s likely short term trajectory.

The rise in ETF demand in the quarter was more than sufficient to offset a decline in jewelry manufacture – particularly in China and India, an important part of the downturn in consumption in those two key nations. However, the WGC noted that central banks added 84 tonnes to global official gold reserves during the first quarter with net buying more than doubling from the previous quarter. Even so this was well below the Q1 2021 figure by around 29%.

The tech sector also had a steady start to the year, with demand of 82 tonnes the highest for a first-quarter since 2018, driven by a small rise in the amounts of gold used in electronics.

Probably key to the positivity in the investment sector in Q1 was the seemingly ever-rising level of global inflation which helped boost interest in safe-haven demand in January and February. And then there was the Russian invasion of Ukraine which impacted the markets from late February and saw the gold price spike to well over $2,000 briefly in early March, before falling back again as the month progressed and fell again even more sharply in April. The Russia/Ukraine war has been an additional contributor to inflation due to the indirect effects of the war itself on the supply chain for some important commodities, enhanced further by the impact of economic sanctions impositions by many nations on Russia, and due to the latter’s weaponization of its oil and gas exports in cutting off supplies to nations it deems unfriendly, and threatening to do so to others.

I suppose this can be hardly unexpected as the imposition of economic sanctions and the cutting off of most Russian financial institutions from the SWIFT system could be seen as the weaponization of the dollar against Russia. Tit for tat!

A statistic arising from the WGC’s Gold Demand Trends report which should be of particular interest to those who are investors in gold stocks is that the WGC has calculated the average gold price over the quarter as $1,877.2. While the actual timing of a gold miner’s bullion sales means that the actual price received will vary, this will give an indication of likely revenue streams. Given that most major gold producers can mine their gold at a cost of below $1,200 an ounce, the sector should, in the main, remain highly profitable. That should be reflected in profits, dividends and stock prices.

Overall global demand may well remain dependent on the duration of the Russia/Ukraine war which so far has been boosting investment demand, but overall global consumption is likely to be pressured by rising prices and a widespread economic slowdown, says the WGC. Contrary to the continuing talk of peak gold, new mined gold supply rose around 3% in 2021 and was up again in Q1 2022 and is looking to remain solid through the remainder of the year. The weakness in China’s Q1 demand means that a sizeable improvement in global full-year jewelry demand will be tough to achieve. The WGC sees a continuation of net central bank buying in 2022, but at a lower level than in 2021. Mine supply growth is expected to be solid once again in 2022, with a negligible contribution from hedging. Finally, recycling is expected to rise in 2022, driven by weaker GDP growth and the potential for prices to rise further.

The next Federal Open Market Committee meeting is now almost upon us and is due to take place on May 3rd and 4th at which an interest rate increase of 50 basis points – or possibly higher – is widely predicted, to be followed by a similar-sized rise at the mid-June meeting. This alone could well tip the equity markets into a sharpish downturn – they have been looking potentially volatile-to-weak in recent days. We would not be at all surprised to see the Dow fall back to below 30,000, the S&P 500 below 4,000, and the NASDAQ down even more sharply to below 10,000. However, even this level of the interest rate increase may have little impact on inflation itself. This could well be driven up further by rising global food and energy prices due to the continuing war in Ukraine and the increasing impact of sanctions on Russian commodity exports. We see real interest rates remaining in negative territory, which should be overall positive for the gold price, which could bring silver up with it but doesn’t expect fireworks. There are plenty of potential headwinds which could yet spoil the party!