Could the Fed Raise Rates and if so, What Happens? 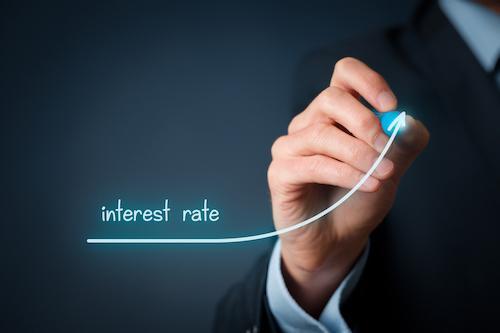 Could the Fed Raise Rates and if so, What Happens?

There are decidedly mixed views on the rate of U.S. inflation or even if it exists sufficiently enough to worry central bank policy making.  According to the U.S. Federal Reserve, there isn’t a problem, nor is there likely to be one in the foreseeable future.

By the Fed’s measures, its 2% inflation target has been undershot for months, so there is some leeway for a period of above-target inflation to bring the longer-term average up to the forecasted level.  But many independent observers of the U.S. economy beg to differ on the real inflation rate, citing an alarmingly high rise in the retail price index (RPI), which means that prices of items for members of the American public are being driven ever higher.  As they see it, the Fed will shortly no longer be able to bury its head in the sand, and will be forced to start the tightening process – probably by the second half of the current year.

Initially, any tightening will likely affect the Fed’s $120 billion a month bond purchasing program, which may have little immediate bearing on markets, except perhaps as a warning sign of other measures being likely to follow – sooner rather than later.  This would depend, of course, on the size of any such reduction in the purchasing program, but it would be a sign of the way the wind is blowing.  On any such news, equity markets would likely stutter, although gold and silver might well pick up something of a positive vibe.  The Fed's desire for slightly higher inflation, while keeping interest rates low, should continue to be positive for gold.

The next phase, though, in any Fed tightening program, if it should be implemented, might have a much deeper impact.  If the Fed’s inflation rate target is breached significantly – and there are worrying signs that it might be – then it would probably have no option but to raise base interest rates, probably initially by only a small amount, in order to try and cool down any inflationary tendency.  So far, the Fed has been prioritizing a drop in unemployment back to its pre-pandemic level of around 3.5%, but it might have to abandon that target in the interest of trying to keep inflation in check, which it may see as potentially more damaging for the U.S. economy.

One of the consequences of the Fed entering a possible disagreement with the Biden administration, which may arise were it to start raining interest rates, could be a central-bank-White-House face-off.  President Biden, and his colleagues in government, will be keen not to rock the perceived economic growth boat, which a Fed tightening could do.  If such a raise and subsequent boat rocking should happen, one possible result is that current Fed chair, Jay Powell, may choose to stand down when his four-year chairman term ends in February next year.  He may even be persuaded to do so by the administration in any case, although, that may be a dangerous step for White House officials to take, as there’s no guarantee that any new appointee would follow a different path, given he or she would have to be a current Fed board member and would already have been instrumental in setting Fed policy.  The Fed is an independent government agency – although, it is still accountable to the U.S. Congress and ultimately to the American people – and may thus be reluctant to be seen to toe any political line.  The Fed chair appointment may be in the hands of the U.S. president, with congressional approval, but the president has only a very limited pool of people to choose from, and all will have been fully immersed in the current Fed decision-making process.

The big question is, what happens next if the Fed does implement a small, perhaps 25 basis point, rise in interest rates, and that raise turns out to be insufficient to exert any immediately visible control on rising inflation – which it may well not be?  This would likely lead to a stair-step upping of rates at successive FOMC meetings until inflation is controlled to the Fed’s satisfaction.  This would likely not be taken too kindly to by the equities markets, which have become used to Fed and government easing policies with “free” money effectively being pumped into the economy and the market.  The recent heavy fall in Bitcoin – which manifested in BTC dropping by nearly $30,000 a unit within the last month, with even bigger percentage falls in some other less prominent cryptocurrencies – has to be a warning sign of how quickly investment sentiment can change, and how steep a fall can result.

Gold, after something of a roller-coaster ride around the mid-week release of the recent FOMC meeting’s minutes, ended the week reasonably strongly, and remains poised to have another run at the $1,900 an ounce level next week.  If it breaches this point, then its August 2020 high of over $2,000 starts to look to be within reach again, perhaps making this writer’s previously expressed 2021 end-year target level of over $2,000 look distinctly conservative.

It is perhaps noticeable that although the gold price has held up or even risen over the past week, the more industrially related silver, platinum and palladium did not perform so well – indeed, prices for the platinum group metals (PGMs) all fell over the week, while silver effectively marked time.  This reverses the pattern seen year to date, where palladium has been the best performer, followed by platinum and then silver, with gold positioned as the only faller since the start of the year, although only infinitesimally so after its recent positive performance.  This could well be seen as something of a re-rating among the precious metals, although probably not too much should be made of price movements that have occurred over a single week.  But the trend needs watching to see if it continues in the weeks and months ahead.

If what we see as happening pans out, then gold investors should benefit, and although silver looks a little weaker, it could still be pulled up by gold.  Platinum group metals may continue to suffer, though, if the U.S. economy is seen as not recovering quite as strongly as may have been generally believed up until now.  The U.S. has been very successful in bringing the COVID-19 infection rate down, and its vaccine rollout has been impressive in recent weeks, but there still seems to be too much opposition to vaccines for comfort, which could put a stop to the downwards trend in infections if such hesitancy continues.