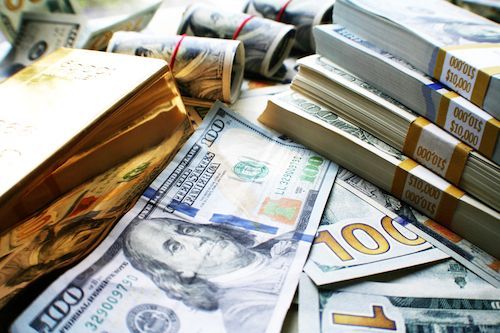 The past few days may have seen something of a change in the attitudes being expressed by the West with regard to the likely success, or otherwise, of President Putin’s war on Ukraine. There seems to have been a realization that by sheer weight of numbers and superior weaponry Russia is likely to prevail at least in a limited objective in gaining complete control of the Donbas region and Ukraine’s southeast enabling it to hold, at least for now, a land corridor to the Russian-annexed Crimea. This may enable President Putin to claim some kind of limited victory even if not the annexation of all of the Ukraine into a vassal state which may have been his original objective. It remains to be seen, though, if he is prepared to continue with his war of attrition and make further advances once this perhaps more limited plan may have been achieved.

Much will depend though on the continued supply, or otherwise, of modern weaponry from the West to the Ukrainian forces, and how long the smaller army can withstand its continual degradation at the hands of the Russian military with its superior numbers, and also for how long the Russian people and military can put up with heavy losses of their own personnel and equipment. Superior numbers and weaponry do not guarantee a positive result when fighting against a foe keen to protect ‘home ground’ as both the Russians and Americans will be well aware from their recent military involvements elsewhere in the world.

The supply of modern weaponry to the Ukrainian forces has not been entirely altruistic either, whatever the politicians may claim.

Weaponry needs testing under real battle conditions to adjudge its effectiveness in actual warfare, and this is of enormous value to combatants and non-combatants alike. Russia and the West will both have learned huge lessons from this conflict, both in terms of equipment capabilities and tactics, and will continue to do so the longer the ‘war’ goes on.

Even if President Putin calls an initial halt to the Russian attacks, Ukraine will not be able to let its guard down so will almost certainly have to continue the fight, if only to tie down the Russian occupying forces.

If not there is always the threat that the Russians will regroup and renew their offensives on the key northern cities of Kyiv and Kharkiv, both of which are in close range of the Russian or Belarussian borders. This ‘war’ could go on and on, and the consequent economic disruptions which have so affected global economies will continue – perhaps ad infinitum with the Russian expansionist threat remaining.

So where does that leave the global economy, inflation and metal and mineral prices? With more months, if not years, of pain and strain, we believe, unless there is some miraculous and permanent end to the Ukraine conflict. And even if there is, it may take an awful long time for the world to fully unwind from the trials and tribulations that are currently in place. Countries are now probably much more unlikely to place their reliance on a single source of supply for key components of their economies as many European nations have been finding to their cost with their reliance on Russian energy supplies.

How many will trust President Putin’s word again, or that of any other major politician’s promises for that matter? How long will it be before the economic sanctions on Russia are fully unwound? We are even more living in a world full of uncertainties. More black swans may abound.

In theory this should all benefit gold as an ultimate safe haven, but even this looks to be uncertain on its performance throughout the past few difficult months which has been, to say the least, erratic. This writer is certainly of the opinion that we are entering an extended era of extended economic difficulties. Global inflation is likely to remain elevated.

The dollar era may well be coming to an end, albeit this will probably take quite some time to materialize. Equities overall will suffer, but there will be some economic sectors which will benefit from the changes in circumstances and fortunes will be made and lost as in past such changes. The investment skill will come in identifying the probable gainers and losers.

Gold will probably remain as something of a constant – neither a huge gainer, nor a loser, but content in fulfilling its role as an overall wealth protector. Do not listen to those who tell you its price is going to the moon. As in the past, we doubt this will happen. Still, we do expect a slow and steady increase, hopefully at the least keeping up with inflation which we doubt that overall equity investment (except in gold stocks perhaps), the dollar and bitcoin will.