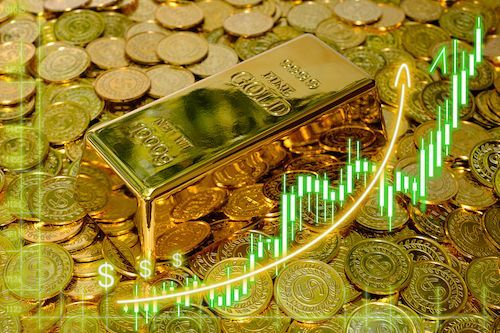 This coming week’s FOMC meeting may set the path for equities, bitcoin, and gold for the foreseeable future – or at least up until the end of the U.S. vacation season in early September and the Labor Day break. This traditional end-of-summer holiday has often provided a key inflection point with a complete change in direction for U.S. markets. If markets move as this writer expects, the fall could be a volatile time for equities and bitcoin and hugely positive for gold. But you’ve heard this from me, and things have not yet moved as anticipated, so what is different now?

By early September, all things being equal, we should all have a much better realization as to whether the U.S. economy is truly in recession – I think it will be – and whether the inflation rate has peaked and may be beginning to come back down. The portents for the latter look to be positive at the moment, and a similar consensus is beginning to be concluded by many leading commentators and economists.

Much will depend on any progress, or otherwise, in the ramifications surrounding the Russia/Ukraine conflict. Will, for example, the seemingly tentative truce surrounding the resumption of Ukrainian grain exports via the Black Sea hold, and will Russian exports of natural gas to its key European customers continue relatively uninterrupted? Both are hugely relevant to global energy and food prices, which look to be falling back a little currently – perhaps on optimism that at least some economic tensions are being reduced.

There will be other inflationary pressures arising, though. One has to assume that countries will never come to rely quite so heavily on the supply of key strategic imports from single sources, which could be cut off if geopolitical alliances become fractured. We are seeing this in the current huge dominance of Russian oil and gas supply to most European nations from which many of the latter are desperately trying to unwind. In the U.S., there are now huge questions about the current dominance of China as the principal supplier to the nation of semi-conductors and of a number of key metals and minerals too. The feeling is that China has maneuvered itself into this position by undercutting prices, thereby driving competitors out of business and setting itself up as the only available source of many of these key strategic items. A totalitarian country taking the worst of capitalist practices to the extreme!

But rebuilding extractive and high-tech manufacturing industries from scratch elsewhere is not easy, inexpensive, or rapid, so the transition to replacing the Russian and Chinese supplies is both a slow and costly process. Any existing alternative supplies, where these might be available, will be more expensive - in many instances far more expensive - if not impossible, to source or develop from new.

The impact of all this will be on the supply side and lead to continued supply chain shortages, contributing to recessionary pressures. In a recent statement Elon Musk reckoned not only that the U.S. is already in a recession – a situation likely to be confirmed by official figures due out this coming week – but that the U.S. economy is likely to remain in a negative growth phase for at least another six months to a year, if not longer.

So what will the Fed actually do going forward, and what will be its effect on the gold price? The most likely short-term outcome looks to be another 75 basis point rate increase at this week’s meeting, but perhaps also a signal in Powell’s subsequent statement that any September increase may start coming back down at future meetings. In short, this would be a suggestion that the Fed’s tightening program could end in the fall. There is even an admittedly tiny chance that the Fed might only impose a 50 basis point rise at the July meeting – now that would probably provide a massive boost for gold and equities – but as I say, hugely unlikely.

Year-on-year inflation growth should be coming down by the fall. Many observers even feel that the Fed will start to ease again after the September meeting to try and re-stimulate the U.S. economy. By then, GDP may well be showing serious indications of being in a recessionary phase, thereby prompting such Fed action.

All the above, should they happen, could well drive the gold price rapidly back up to $1,800 and above, while the market optimism so generated would probably boost equity prices too – although in this writer’s opinion this would not necessarily be justified by financial performance. Gold could well continue rising through the remainder of the year and into 2023.

I am not confident about silver and pgm prices, as they depend on industrial growth for their demand. The former would, however, probably be dragged up by its continuing price association with gold, regain $20 at least, and probably higher. Platinum and palladium would perhaps be more volatile and move up alongside equities. Still, they could be more vulnerable to severe price fluctuations as they have been over the past few years.

The above scenarios are, of course, all based on trying to second guess the outcome of the FOMC meeting on Tuesday and Wednesday this week. As the last meeting of the northern summer, it tends to set the financial scene of the holiday season. While domestic influences tend to be muted over this period, international geopolitical occurrences can have a significant short-term impact on markets and prices, so keep an eye on global news and make any short term investment decisions accordingly!