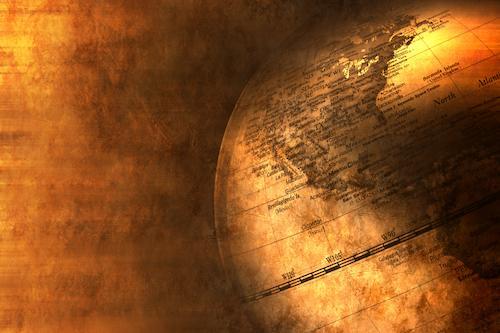 The week leading up to the Easter holiday started badly for gold, with the yellow metal falling back below the $1,700 mark on Monday and then dipping further to a low tick of a little over $1,680 on Tuesday.  The latter $1,680 figure is seen as something of a lower resistance level, which proved to be the case on this occasion, with gold bouncing back quite substantially in the final two weekdays leading up to the Good Friday holiday.  Gold ended up closing the week back above the $1,700 level at $1,730.30, just a fraction lower than its closing level at the end of the previous week.  The other precious metals followed much the same pattern, with silver ending the week on Thursday (a day earlier than usual, because of the Good Friday holiday) at $24.91, platinum at $1,207, and palladium at $2,586.  The precious metals markets have mostly been exuding a degree of weakness ever since the start of the year, but Thursday’s price pick-up does seem to indicate a little resilience, with the bulls, at least, putting up something of a fight.

Whether Thursday’s strength in prices can move forward to the current week and beyond still remains to be seen, with prices coming off a little in Asian trading on Monday.  However, U.S. markets, at least initially, did suggest there could be a slight pick-up, but this was short-lived by the time of writing, with all the precious metals a little below their closing weekend levels (although strengthening again).  There are still some positive factors showing signs of support for the price pick-up narrative, but whether they can end the year as per my own earlier forecasts, which I made at Christmastime (gold at $2,225, silver at $32.25, platinum at $1,285, palladium at $2,175), has to be somewhat in doubt – although, there’s plenty of time remaining in the year for prices to rise – or fall – substantially.

Gold has certainly been bleeding out of the gold ETFs at a fairly substantial rate, although silver withdrawals and deposits have been a little more varied.  However, key Asian demand does seem to be picking up after an exceedingly weak 2020.  The world’s two largest gold consumers are China and India, and remained so last year, but at enormously reduced levels.

As far as the latter nation is concerned, gold demand can be measured by official import figures, as the country produces a relatively insignificant amount of gold itself.  The real import volumes may actually well be greater because of rampant gold smuggling, which avoids appearing in the official figures, but is thought to be important.  A report out of Reuters in Mumbai last week suggests, though, that there was an absolutely massive increase of 471% in India’s gold imports in March 2021 (compared with March 2020), to 160 tonnes (metric tons) – a new monthly record.  Reuters reports that in Q1, India imported 321 tonnes of gold.  Indian demand tends to be quite price sensitive, so the fall in the gold price during the first quarter of the current year will have likely led to a rise in demand, as will the government’s relaxation of import tax levels on gold and silver.

This latter concession has been introduced to boost retail demand and reduce the incentive for gold smugglers.  Of course, it may be relevant to note that those involved in the huge gold and silver jewelry trading, fabrication and buying sectors have traditionally been Modi supporters, and may have been disappointed by the ruling party’s moves on this big traditional Indian sector since it came to power.  Indian gold demand could thus well end the year in excess of 1,000 tonnes again – particularly if one includes gold smuggled in illegally in the figuring.

There are signs that demand is beginning to pick up in China, as well.  Gold withdrawals out of the Shanghai Gold Exchange (SGE) in China are running comfortably above last year’s depressed figures.  The writer, and a number of other China experts, equates SGE gold withdrawal figures with overall demand. This equation is supported by the fact that the sum appears to be far closer to estimates of Chinese gold imports plus China’s own gold output (it is the world’s largest gold producer) plus a small allowance for scrap conversion, than consumption figures calculated by some other observers would imply. These other observers look as though they may be ignoring gold going into the country’s vast financial sector, which is thought to be significant. This activity could also be a back door into building the nation’s gold reserves, given the banks are primarily state-owned.

China’s gold imports, for the time being, though, remain low.  Some recent data collected by Australia’s Gold Charts ‘R’ Us put the country’s February gold imports at only 6.27 tonnes, which ties in with very low figures for the country’s gold exports to China and Hong Kong, as reported by the Swiss Customs Administration.  (Switzerland refines an inordinately high proportion of the world’s gold for onward transmission in the sizes and purities in demand by the global buyer, so its figures are hugely significant in global gold flow analysis.)  However, as pointed out above, China is the world’s largest gold producer (looking at gold sourced from its own mines, from imported supplies, and from base metal concentrates) and, as it does not export gold, it can usually meet local demand from its own output.

The writer’s take on this: rising Asian demand should help counteract ETF outflows and a decline in central bank gold purchasing.  Global gold output is also likely to start declining, and the decline in output will accelerate as time progresses.  The big gold miners have, pursuant to pressure from their shareholders, been reducing expenditures, including those on greenfield mineral exploration.  Few, if any, “mega”, mostly low-grade gold deposits, on which the industry has tended to depend for output growth, have been found in the last few years. Even if any of these large-scale gold deposits were to be found, banks and financial institutions have been reluctant to cough up the billion-dollar-plus funding sums required to develop such entities.  Even if exploration picks up and new deposits are found, the likely time scale to permit and develop such sites tends to be many years.

Thus, we are now in a situation where the world will likely see falling gold output coupled with continuing, and perhaps increasing, demand, which should affect long-term gold holders positively, whatever the world of geopolitics throws at it.  We may well be in for a bit of a hiatus period, but faith in gold, and in silver, which tends to follow gold’s path in a more exaggerated manner, should stand you in good stead for the long term.  This year, who knows?  But going forward, there could be a golden future.  We are less confident about the Platinum Group Metals (PGMs) – particularly in the long-term palladium outlook, as the electric vehicle era consolidates.  But the PGMs are very much industrial metals and, therefore, hugely dependent on economic growth – which may just be reviving.  China's economy has already regained traction, Europe is seeing something of a setback, and America is poised for its own rebound – let’s just hope there’s no pandemic resurgence on the horizon, as the vaccination program speeds ahead.