What Will 2022 bring for Gold Prices and Precious Metals? 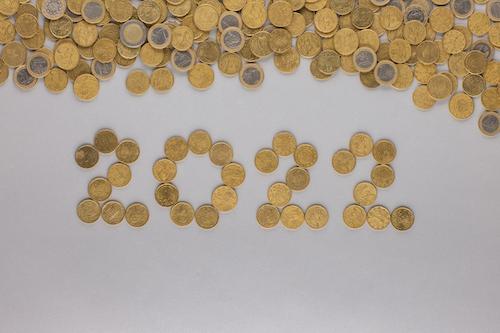 What Will 2022 bring for Gold Prices and Precious Metals?

Since the Christmas holiday period ended, the precious metals investor could undoubtedly be confused by the price activity. First, there was a seemingly strong price surge in the period between Christmas and the New Year, although trading will have been thin with many traders taking an extended holiday break in the U.S. and around the world. And then, when U.S. markets fully re-opened, there was a surge in strength in the dollar index, which led to a sharp fall in the gold price and that of the other precious metals, followed by a partial recovery as the week progressed.

All this movement took place alongside a seemingly extremely high level of new Covid-19 infections across the U.S. fueled by the more transmissible Omicron virus mutation, putting the U.S. hospital system under considerable strain yet again.

If we use the spread of the new virus strain in Europe – particularly in France and the U.K. as a guide – infection numbers will not have peaked yet. Some observers are even predicting new infections could rise to near 1 million a day in the USA alone – hugely over previous peaks.

What effect this will have on the U.S. economy and the Federal Reserve’s response is, as yet, hugely uncertain. Gold tends to benefit from uncertainty, so we expect the effects on the gold price might be optimistic. Any resultant economic setback might also harm the dollar index, which would also be gold price supportive. However, given the spread of the virus worldwide will also harm many competing currencies, any adverse dollar impact may be less than expected.

Key to gold and other precious metals price movements will be the Fed’s likely reaction to the latest economic situation. The Fed has two currently conflicting principal aims – to keep inflation under control while at the same time bringing unemployment down to its pre-Covid levels. According to officially-released data, the latter has seemed to be its priority to date and is close to reaching its target.

On the inflation front, the Fed has at times seemed over-cautious, showing a reluctance to raise interest rates – higher rates are seen as the usual course of action to combat high inflation levels. Given that, according to the Fed’s own figures, the 2% target inflation rate had been undershot for many months, if not years, a period of levels above this inflation rate may have been welcomed to bring the average back to target. At the same time, freezing interest rates at the current ultra-low levels could be seen as an attempt to downplay the effects of the enormous debt overhang built up to date and perhaps facilitate its future repayment in devalued dollars. The built-up debt could be seen as an economic attempt to minimize the effects of the virus pandemic on those most affected by it due to its impact on vast sectors of the U.S. economy.

Higher interest rates would also strain servicing the massive debt levels. In other words, the Fed may yet be reluctant to raise interest rates faster than its forecast program would suggest. However, if inflation rises even faster than government statistics suggest, this could force its hand.

Even if interest rates do rise faster than the current Fed projection of three 25 basis point increases later this year, a continuing program of small rises in 2023 and 2024, the prospect of continuing high inflation levels would suggest that we remain in a negative real rate (when the continuing inflation increase remains above the interest rate level reached) environment. Negative real rates are generally seen as a positive for a non-interest-generating asset like gold. This suggests a rising gold price overall, although the actual implementation of Fed interest rate rises might precipitate the occasional, probably limited duration, precious metal price downturn.

We do thus foresee a rise in price for all the precious metals over the full year ahead, apart from palladium which is probably entering a period of long term decline after some meteoric price rises over the past few years.

A table of our expectations, updated for the metal prices at the time of writing, is set out below:

During 2021, spot metals prices all fell – gold by 2%, silver by 9%, platinum by 11% and palladium by 20% - although all received something of a price boost between Christmas and the New Year which cut the fall percentages. However, it should also be remembered that all had risen over the previous two years.

Despite the full-year price falls, both gold and silver did see record price averages over 2021 as a whole, though.

So, overall we remain optimistic about precious metals prices over the entire year. But it should also be keep in mind that this was also the case a year ago, but our price predictions were dashed by reality. A year ago, who would have predicted that we would be starting 2022 still in the grip of the Covid-19 virus pandemic? Will it ever end? Don’t count on it happening this year. New virus mutations seem to be occurring at regular intervals, each with different effects from previous ones. Maybe increased vaccination levels will enable us to live with it, but somehow we doubt that everything will get back to the past normals in the short to medium term. Happy New Year!